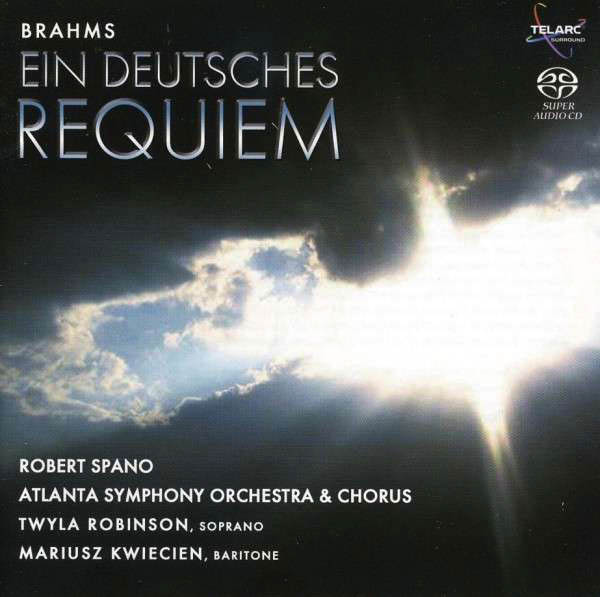 Johannes Brahms wrote Ein deutsches Requiem (A German Requiem), Op. 45, following the deaths of his mother and Robert Schumann, his mentor. Although Brahms based his Requiem on scriptural passages, beginning and ending the work with a blessing “Blessed are they who mourn, for they shall be comforted” (Matthew 5: 4), he didn’t write it as a religious piece concerning itself with the souls of the departed, but as a cantata whose message is of comfort, acceptance, peace, and serenity for those left behind.

The message seems particularly fitting for the world we live in today. The interesting fact that it contains none of the traditional text expected of a Requiem Mass, nor any of the colorful images that other composers have painted to illustrate those words in their music, is what makes this Requiem stand out from the rest.

Following the 1868 Good Friday premiere of Ein deutsches Requiem, conducted by Brahms himself at the Bremen Cathedral, German composer Albert Hermann Dietrich commented: “It at once became clear to the audience that the Deutsches Requiem ranked among the loftiest music ever given to the world.” Brahms initially premiered the work with six movements, but added a seventh in 1869. The seven-movement version soon received performances throughout Germany, Switzerland, England, Austria, the Netherlands, Russia and France, and firmly established Johannes Brahms as a leading composer of his generation.

Music Director Robert Spano, now in his seventh season as music director of the Atlanta Symphony Orchestra, is recognized internationally as one of the brightest and most imaginative conductors of his generation. Since 2001, he has energized and expanded the Orchestra’s repertoire and elevated the ensemble to new levels of international prominence and acclaim. Spano was recently named 2008 Conductor of the Year by Musical America.

In celebration of its 30th anniversary, Telarc is releasing three completely different Spano recordings in 2008, showcasing his multi-faceted career. First reflecting Spano’s commitment to living composers through the Atlanta School of Composers, Telarc released the world premiere of Michael Gandolfi’s The Garden of the Cosmic Speculation in February of 2008. Ein deutsches Requiem showcases Spano’s agility with the chorus. In July 2008, Telarc will release the highly anticipated first American recording since 1956 of Puccini’s La Bohème.