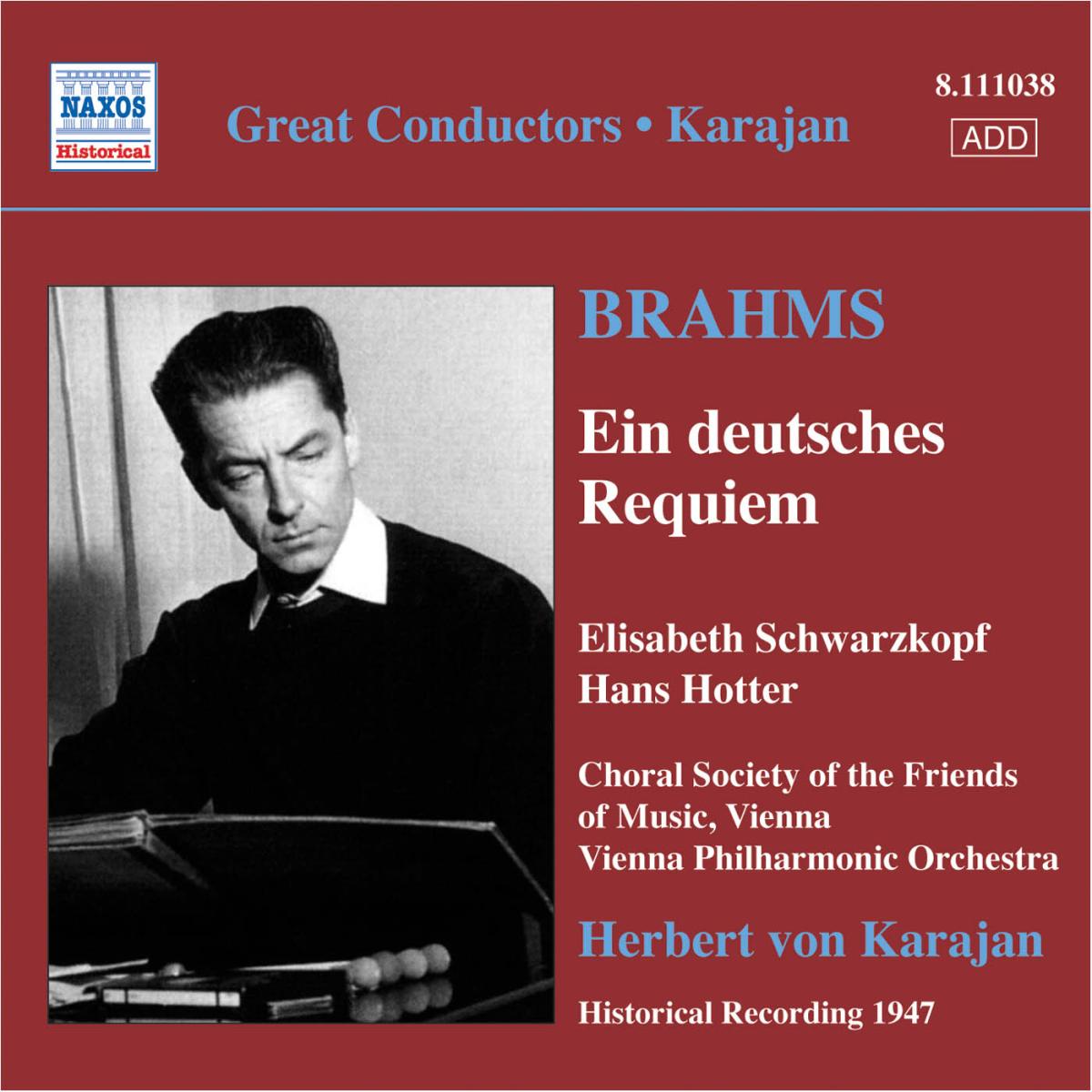 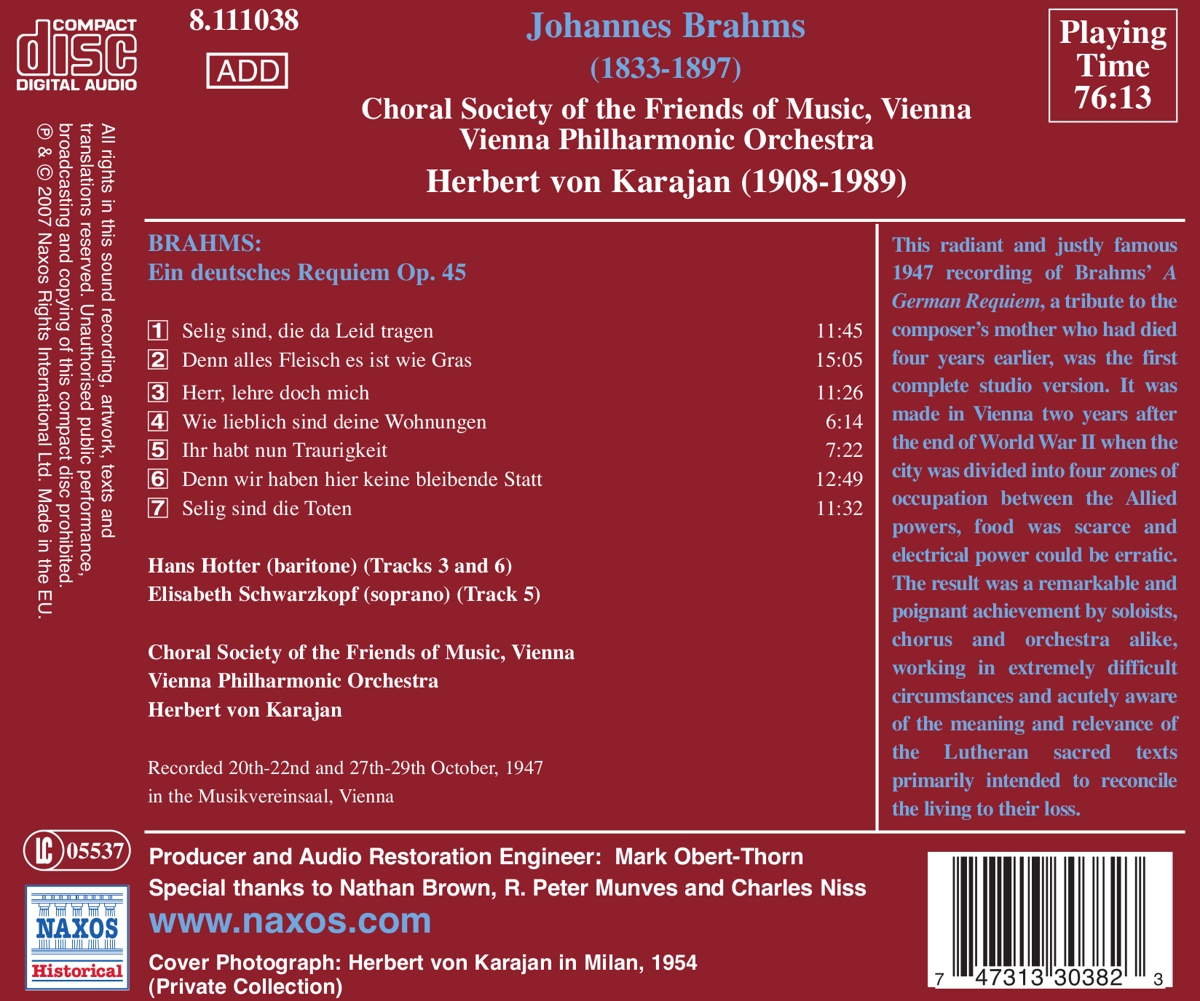 Bewertung:
umgehend lieferbar, Bestand beim Lieferanten vorhanden
EUR 7,99*
Versandkosten
This radiant and justly famous 1947 recording of Brahms' A German Requiem, a tribute to the composer's mother who had died four years earlier, was the first complete studio version. It was made in Vienna two years after the end of World War II when the city was divided into four zones of occupation between the Allied powers, food was scarce and electrical power could be erratic. The result was a remarkable and poignant achievement by soloists, chorus and orchestra alike, working in extremely difficult circumstances and acutely aware of the meaning and relevance of the Lutheran sacred texts primarily intended to reconcile the living to their loss.