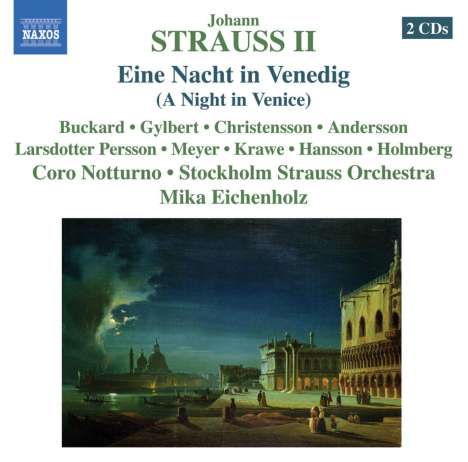 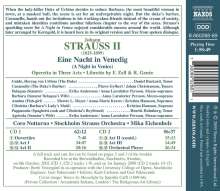 umgehend lieferbar, Bestand beim Lieferanten vorhanden
EUR 18,99*
Versandkosten
When the lady-killer Duke of Urbino decides to seduce Barbara, the most beautiful woman in town, at a masked ball, the scene is set for an unforgettable night. But the duke's barber, Caramello, hands out the invitations to his working-class friends instead of the cream of society, and mistaken identities contribute another hilarious chapter to the war of the sexes. Strauss's sparkling score for A Night in Venice enjoyed considerable success around the world. Although later arranged by Korngold, it is heard here in its original version and free from spoken dialogue.