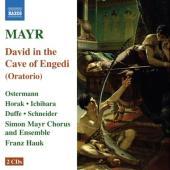 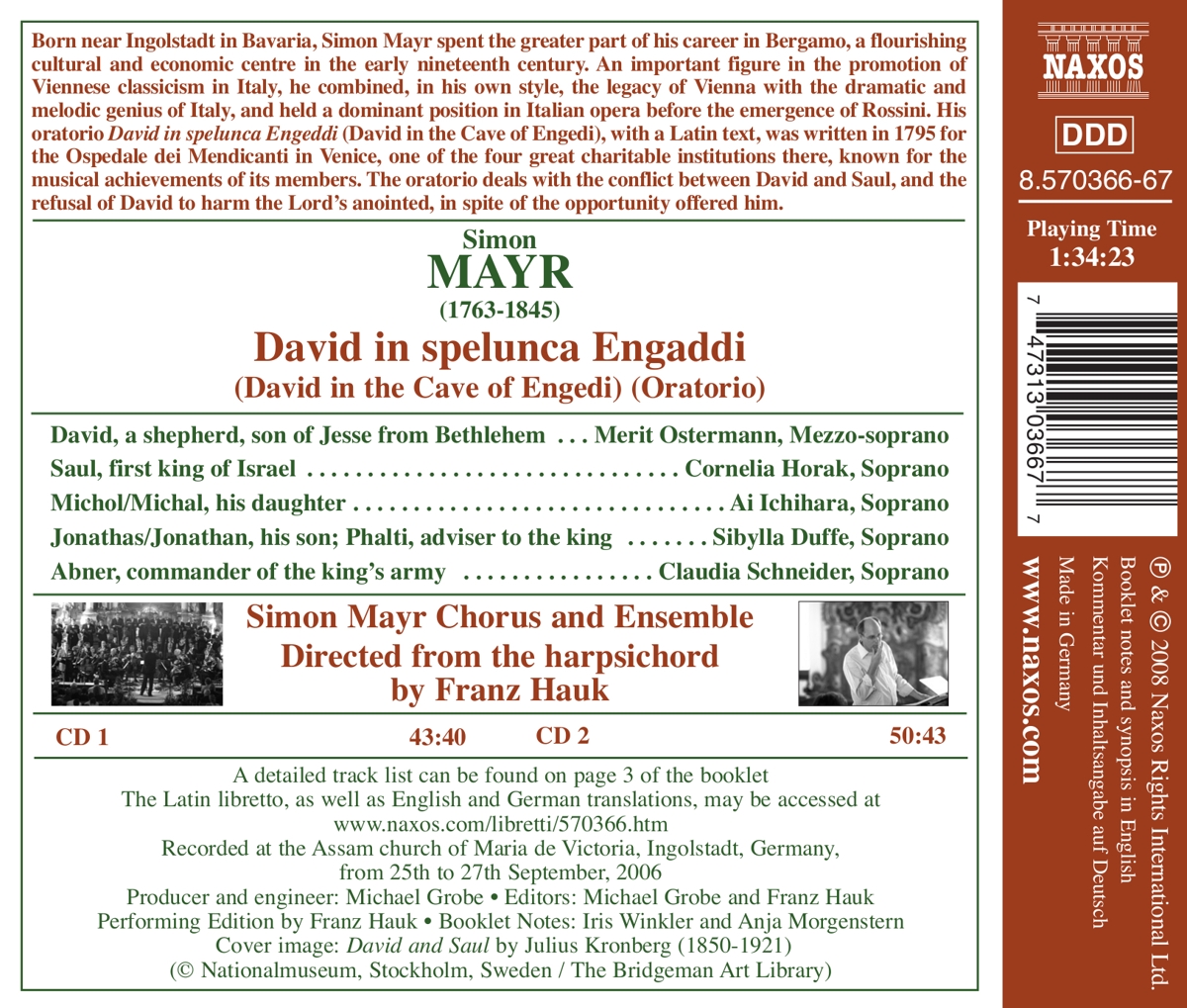 Bewertung:
umgehend lieferbar, Bestand beim Lieferanten vorhanden
EUR 16,99*
Versandkosten
Born near Ingolstadt in Bavaria, Simon Mayr spent the greater part of his career in Bergamo, a flourishing cultural and economic centre in the early nineteenth century. An important figure in the promotion of Viennese classicism in Italy, he combined, in his own style, the legacy of Vienna with the dramatic and melodic genius of Italy, and held a dominant position in Italian opera before the emergence of Rossini. His oratorio David in spelunca Engaddi (David in the Cave of Engedi), with a Latin text, was written in 1795 for the Ospedale dei Mendicanti in Venice, one of the four great charitable institutions there, known for the musical achievements of its members. The oratorio deals with the conflict between David and Saul, and the refusal of David to harm the Lord's anointed, in spite of the opportunity offered him.