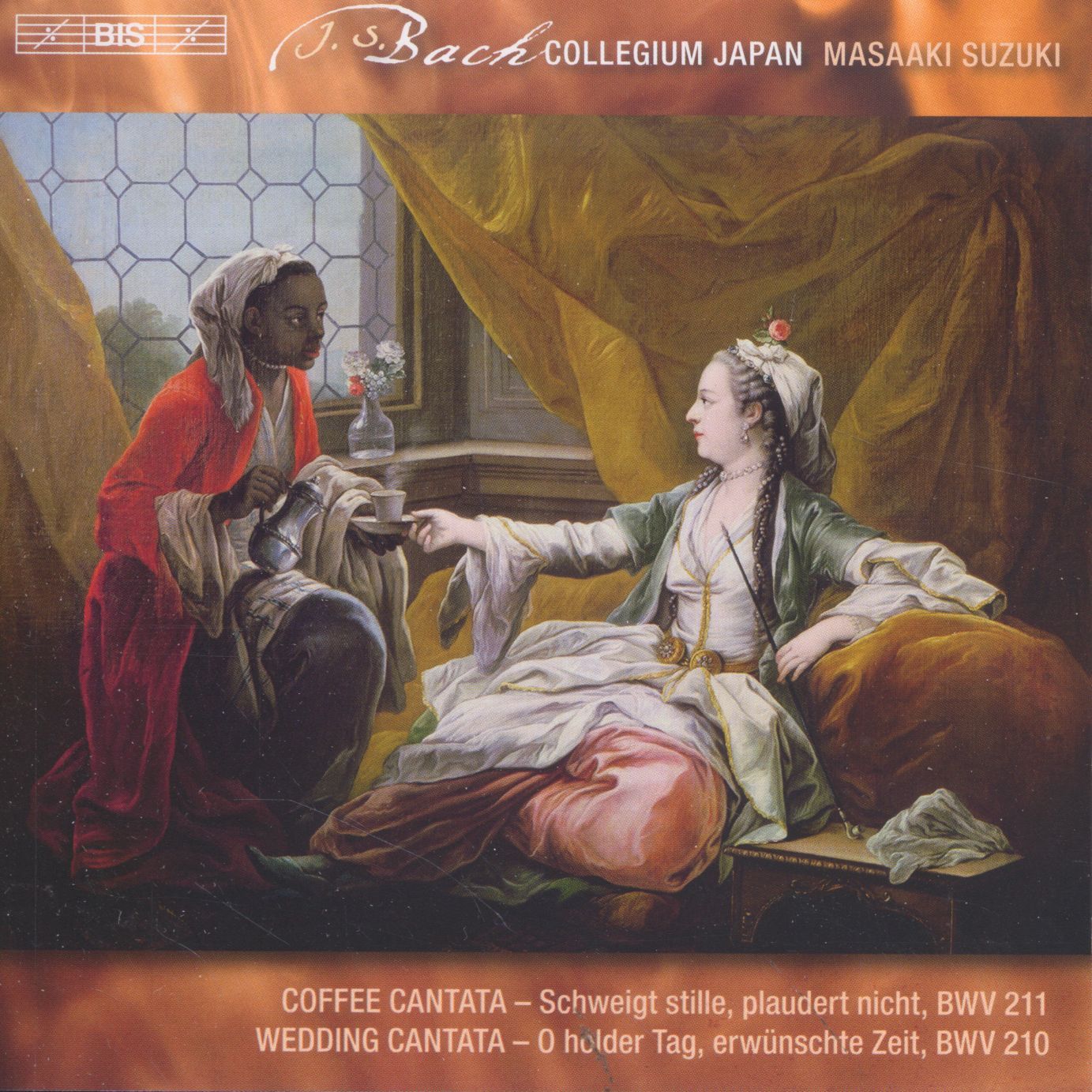 versandfertig innerhalb von 1-3 Tagen
(soweit verfügbar beim Lieferanten)
EUR 19,99*
Versandkosten
*** BIS-Edition Bach-Kantaten (Weltliche Kantaten)
Just over twenty secular cantatas by JS Bach have survived, and we know of almost thirty other cantatas that are now lost. The secular cantatas were almost all composed for some important, festive event in a family or in public, academic or political life. The present disc includes one of the most regularly performed of these works, the Coffee Cantata. This was written around 1734, probably for a performance at the Zimmermann Coffee House in Leipzig.

The disc opens with O holder Tag, a wedding cantata for solo soprano dated, in the version here performed, to 1741. (The piece was actually used in more or less modified form by Bach on at least five different occasions, from as early on as 1729.) The solo soprano, in her first BIS recording, is Carolyn Sampson who is one of the most exciting performers in her field today. A stunning introduction to the world of Bach's cantatas and to the incomparable Bach Collegium Japan directed by Masaaki Suzuki.