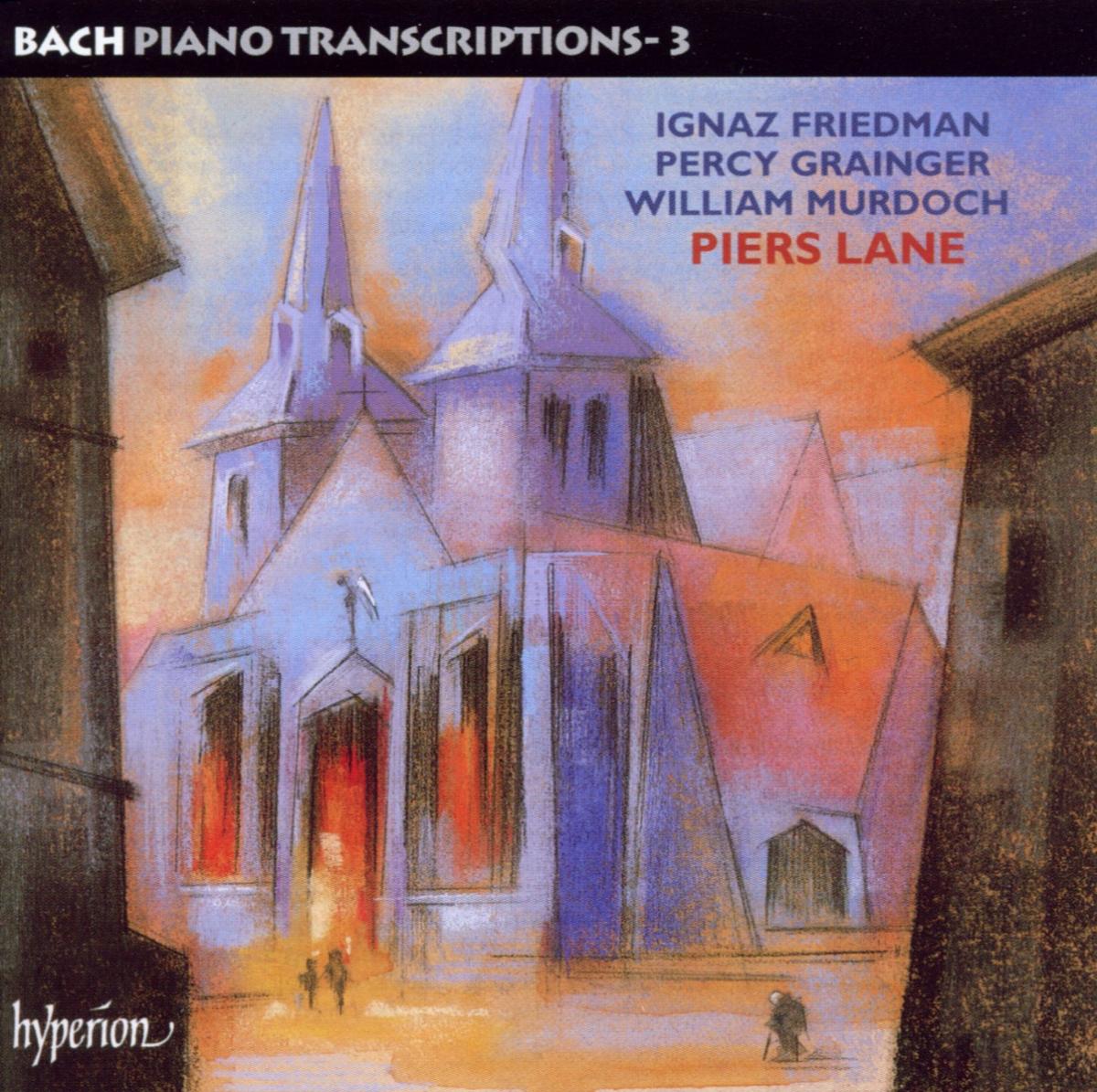 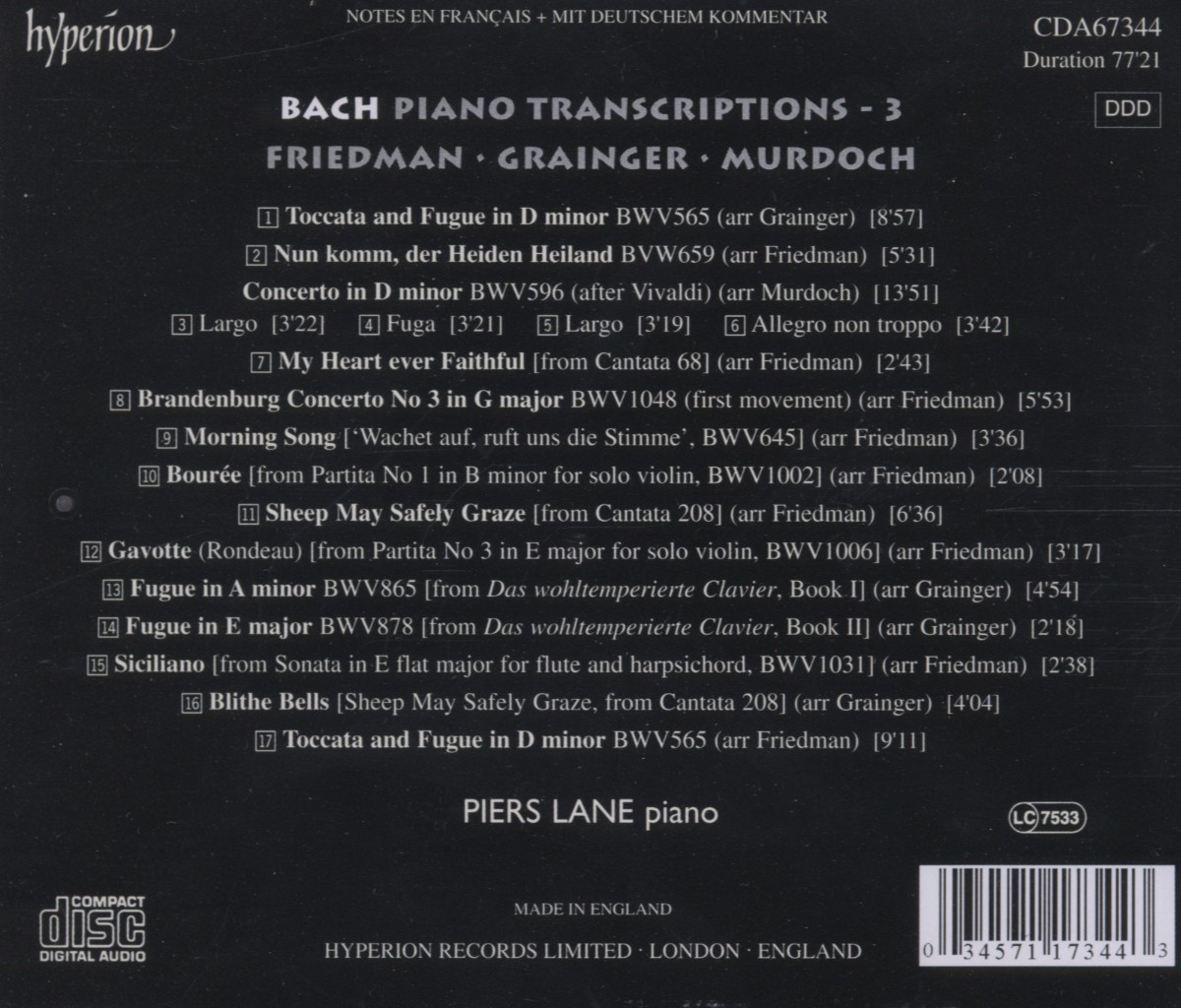 Between the mid 19th century (the Romantic movement's rediscovery of Bach) and the period after the 2nd World War when a purist approach to Bach developed, many thousands of transcriptions were made of Bach's organ music, choral music, orchestral music and chamber music. Most of these transcriptions were made by virtuoso pianists and served both the purpose of presenting music that would otherwise not frequently be heard and also providing virtuoso repertoire where the pianist could demonstrate his powers. Until recently this area of repertoire was much frowned upon and while it has begun to return to favour, this series will be the first comprehensive survey of the genre.

This CD presents the complete Bach transcriptions of Grainger and Friedman plus one of many transcriptions by Grainger's fellow Australian, William Murdoch. There is a further Australian connection in that Friedman spent the 2nd World War in Australia and wrote his transcriptions there. They were published by Allan's Music of Melbourne.

Two contrasting versions of the
Toccata & Fugue in D minor open and close the recital, with Murdoch's arrangement of what was already a Bach arrangement of Vivaldi in the middle. The smaller surrounding pieces range from the straightforward, to the almost outrageous Grainger Blithe Bells or Friedman Bourrée.

»Could hardly be more exhilarating or enterprising ... a memorable as well as enticing disc« (Gramophone)

»Lane commands the golden tone and effortless, spirited virtuosity needed to make these transcriptions come alive, and makes them sound easy to boot. A honey of a release« (BBC Music Magazine)

»This is wonderfully crafted piano music, marvellously executed by Lane … the playing is always supremely fluid and musically enquiring … this is another fascinating release from Hyperion« (International Record Review)