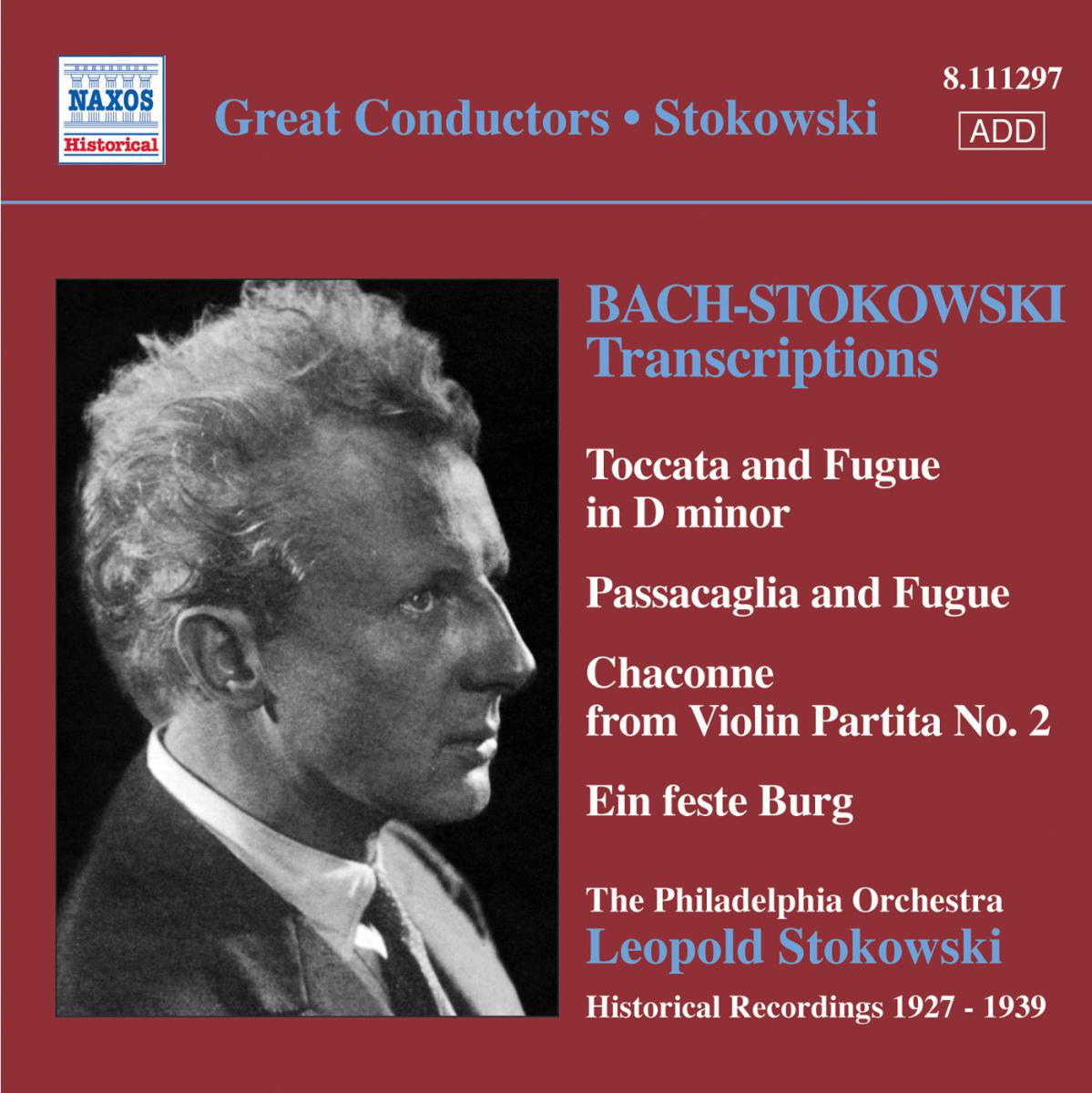 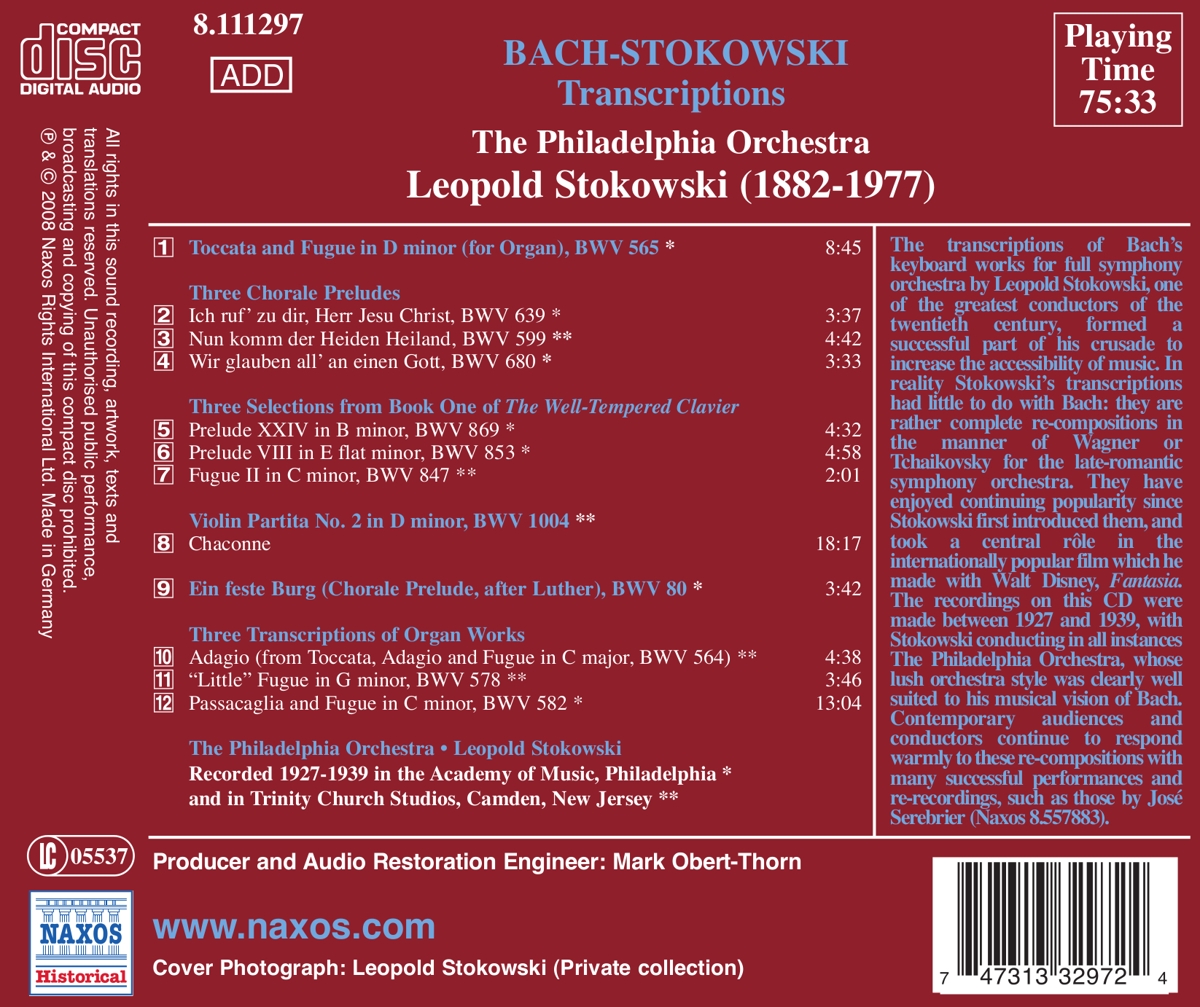 Bewertung:
umgehend lieferbar, Bestand beim Lieferanten vorhanden
EUR 7,99*
Versandkosten
The transcriptions of Bach's keyboard works for full symphony orchestra by Leopold Stokowski, one of the greatest conductors of the twentieth century, formed a successful part of his crusade to increase the accessibility of music. In reality Stokowski's transcriptions had little to do with Bach: they are rather complete re-compositions in the manner of Wagner or Tchaikovsky for the late-romantic symphony orchestra. They have enjoyed continuing popularity since Stokowski first introduced them, and took a central rôle in the internationally popularfilm which he made with Walt Disney, Fantasia. The recordings on this CD were made between 1927 and 1939, with Stokowski conducting in all instances The Philadelphia Orchestra, whose lush orchestra style was clearly well suited to his musical vision of Bach. Contemporary audiences and conductors continue to respond warmly to these re-compositions with many successful performances and re-recordings, such as those by José Serebrier (Naxos 8.557883).