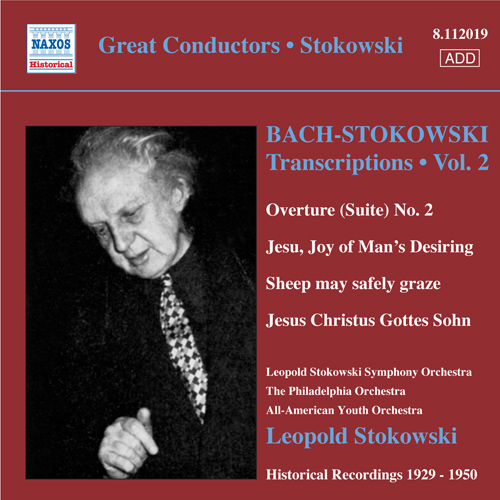 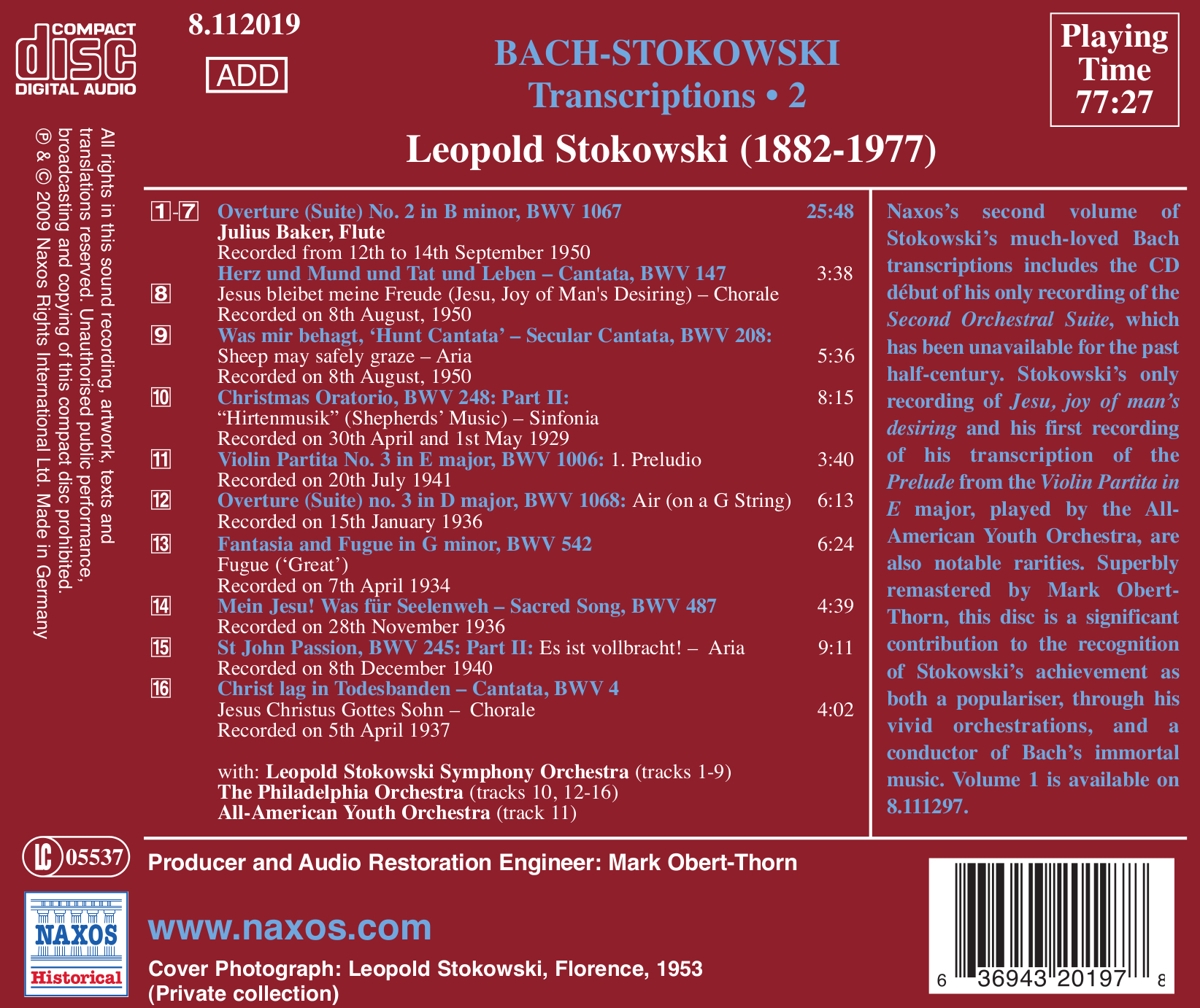 Bewertung:
Nur noch 1 Stück am Lager. Danach versandfertig innerhalb einer Woche (soweit verfügbar beim Lieferanten)
EUR 7,99*
Versandkosten
Naxos's second volume of Stokowski's much-loved Bach transcriptions includes the CD début of his only recording of the Second Orchestral Suite, which has been unavailable for the past half-century. Stokowski's only recording of Jesu, joy of man's desiring and his first recording of his transcription of the Prelude from the Violin Partita in E major, played by the All-American Youth Orchestra, are also notable rarities. Superbly remastered by Mark Obert-Thorn, this disc is a significant contribution to the recognition of Stokowski's achievement as both a populariser, through his vivid orchestrations, and a conductor of Bach's immortal music. Volume 1 is available on 8.111297.