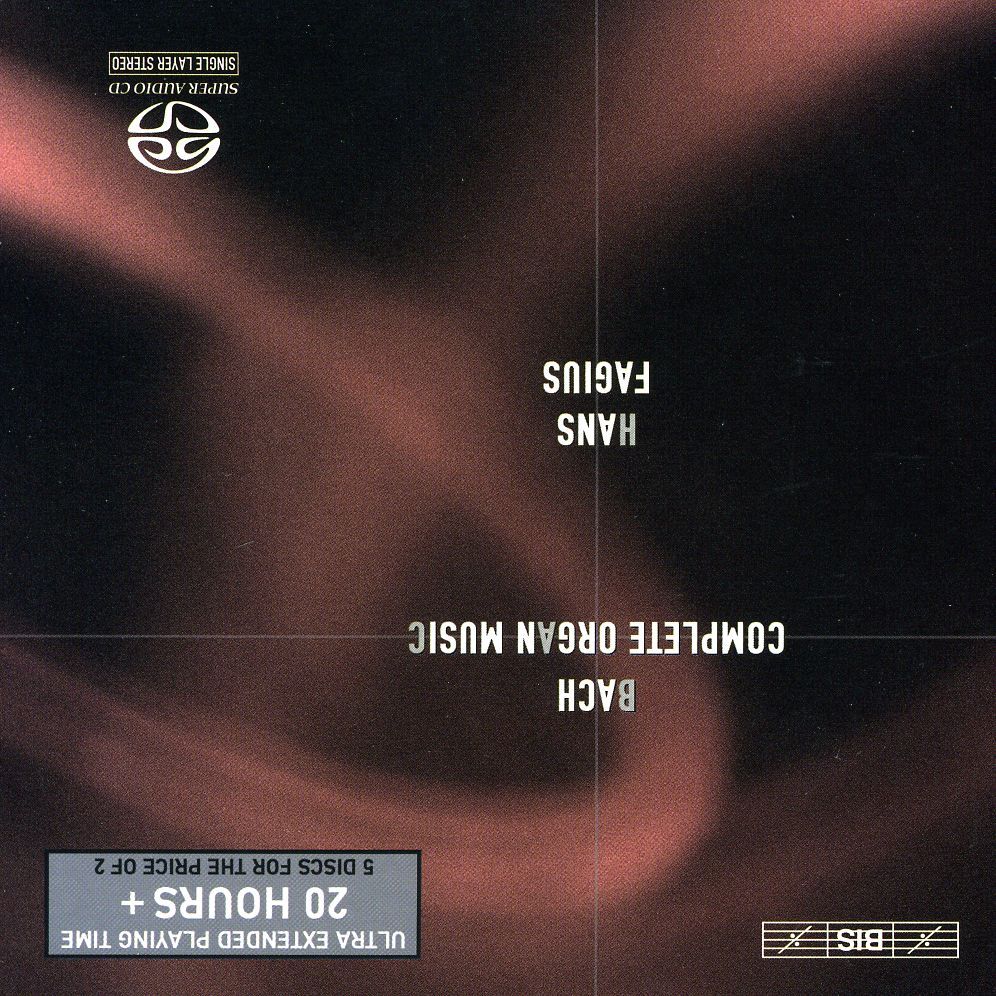 Bewertung:
versandfertig innerhalb von 1-3 Tagen
(soweit verfügbar beim Lieferanten)
EUR 34,99*
Versandkosten
New technology offers us new possibilities – sometimes unexpected ones! For instance, Gordon Gould, the inventor of the laser beam, cannot have envisaged the widespread uses it now lends itself to – including the possibility of enjoying great music in a home environment. Here it is the superior storage capacity of the Super Audio CD which has been used in an unconventional way, achieving what we call Ultra Extended Playing Time. What this means is that on only five (!) discs we have been able to fit in Hans Fagius' survey of Bach's complete works for organ, originally released on 17 CDs. The set has been highly acclaimed: in 1992, The American Organist wrote:“Among complete recordings of the Bach organ works, this set has little competition”. And as late as in 2001 the critic of Classical Music Web concurred: “One of the best complete recordings of Bach's organ music. Fagius demonstrates a magnificent understanding of Bach's organ music, and the instruments used are excellent.”

As if this wasn't enough we have in this release included the same performer's interpretation of Die Kunst der Fuge, bringing the total up to 20 hours and 8 minutes of music. What previously took up quite a bit of shelf space now fits snugly into a box not thicker than 3 centimetres, holding besides the discs a 100-page booklet with a newly written, insightful essay by Hans Fagius himself, plus full documentation (in colour) of the instruments whose magnificent sounds can be enjoyed on the discs. In order to perform this magic feat we have transferred the original recordings (done in 16 bits / 44.1kHz) to high resolution SACD stereo format, and then used the storage capacity of the SACD (usually employed for a surround mix as well as for a stereo mix) for stereo only. This has given us – and you! – more than four hours of available playing time on each disc, and all you need to enjoy it is an SACD-player! As you may imagine, we are quite excited about this – and we celebrate by offering these 20 + hours of glorious music for the price of only two SACDs!