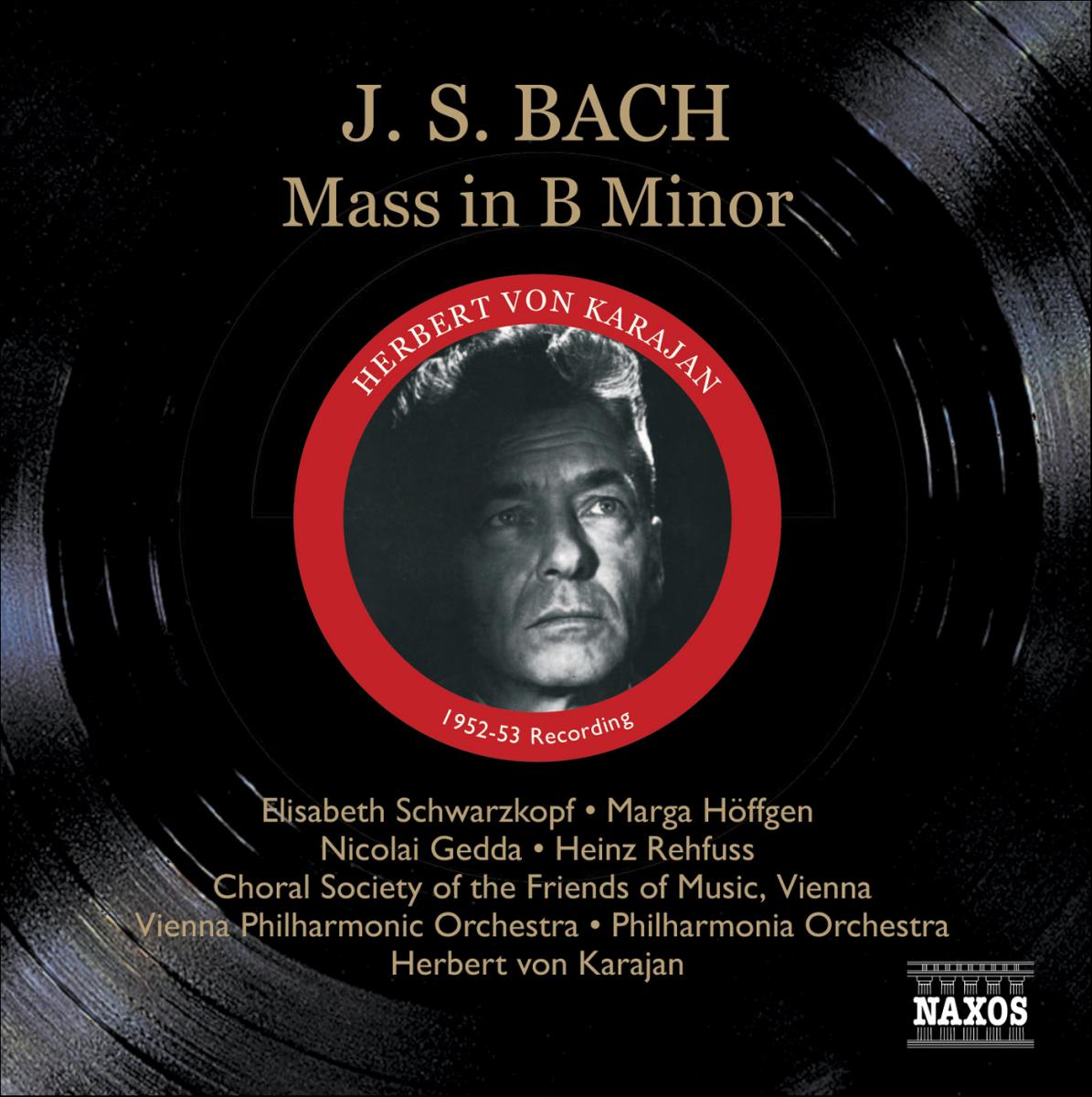 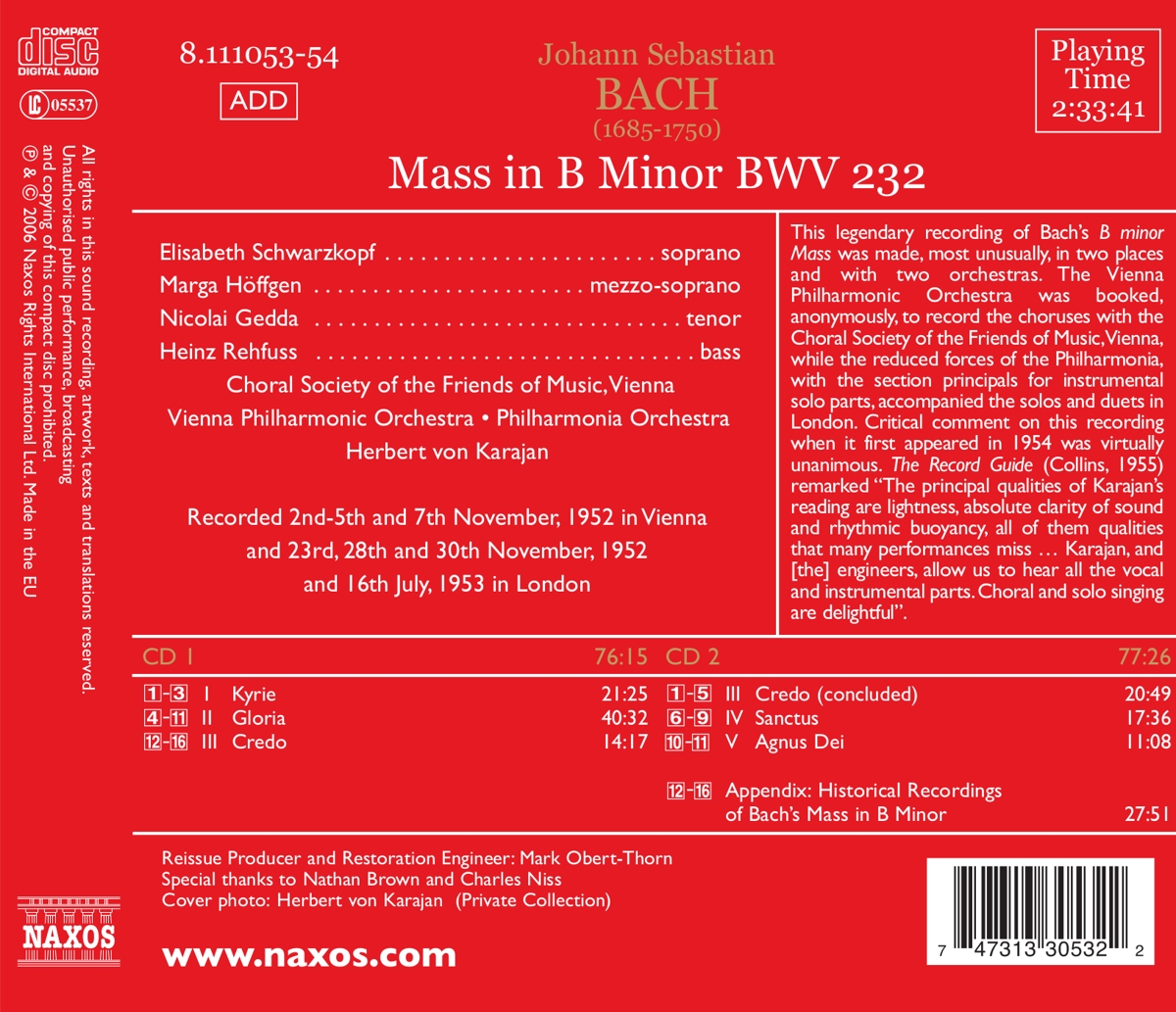 Bewertung:
umgehend lieferbar, Bestand beim Lieferanten vorhanden
EUR 12,99*
Versandkosten
This legendary recording of Bach's B minor Mass was made, most unusually, in two places and with two orchestras. The Vienna Philharmonic Orchestra was booked, anonymously, to record the choruses with the Choral Society of the Friends of Music, Vienna, while the reduced forces of the Philharmonia, with the section principals for instrumental solo parts, accompanied the solos and duets in London. Critical comment on this recording when it first appeared in 1954 was virtually unanimous. The Record Guide (Collins, 1955) remarked: "The principal qualities of Karajan's reading are lightness, absolute clarity of sound and rhythmic buoyancy, all of them qualities that many performances miss. Karajan, and [the] engineers, allow us to hear all the vocal and instrumental parts. Choral and solo singing are delightful."