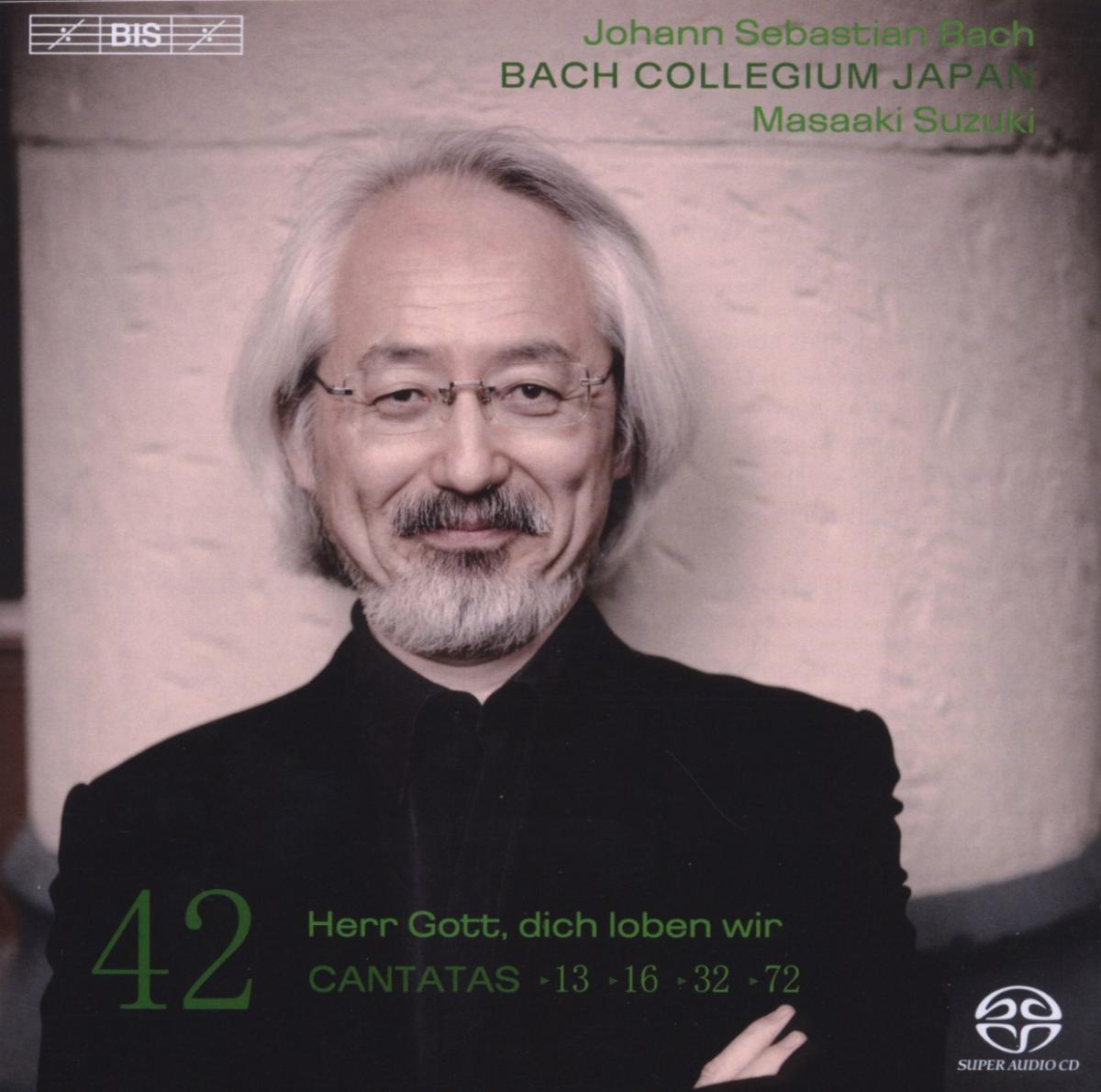 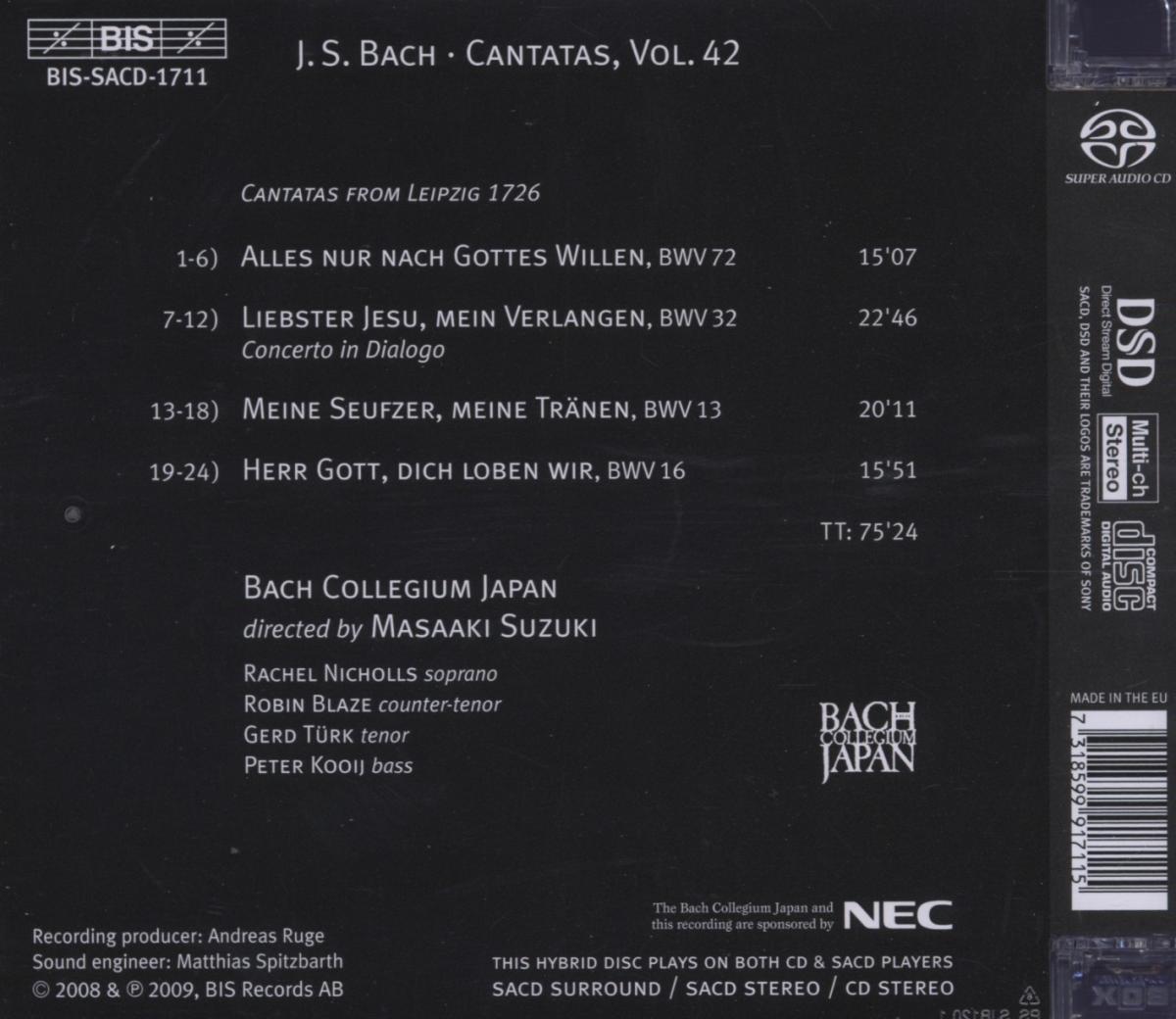 Bewertung:
versandfertig innerhalb von 1-3 Tagen
(soweit verfügbar beim Lieferanten)
EUR 18,99*
Versandkosten
The present volume in the cantata cycle of the Bach Collegium Japan and Masaaki Suzuki consists of four works, all written for performances in January 1726. Among these is the New Year’s cantata Herr Gott, dich loben wir, BWV16 (Lord God, we praise you). Less extrovert than some other Bach cantatas written for this particular day, it makes up for the lack of trumpets and timpani by the richness of the complex writing, including a virtuosic horn part. Also included is Liebster Jesu, mein Verlangen, BWV32 (Dearest Jesus, my desire), one of Bach’s so-called ‘Concertos in Dialogo’ in which the composer has allocated the role of the soul to the soprano and the words of Jesus to the bass. The cantata opens with an aria for the soul, searching yearningly for its saviour. The two are brought together in the fourth movement, an accompagnato recitative, which leads into a love duet that could have graced any opera stage of the period. Meine Seufzer, meine Tränen, BWV13 (My sighs, my tears), is another memorable example of Bach’s expressive genius: based on a single detail from the story of the Wedding at Cana, the subject matter of the cantata text is abandonment and hopelessness, but also the confidence that the hour of will come when ‘the light of joy will be lit in the sorrowful breast of the believer’. The libretto provides Bach with all the necessary keywords for a colourful, expressive and multifaceted piece of music: an introductory tenor lament, exquisitely scored for two recorders and oboe da caccia, a heartfelt prayer from the alto, and a bass aria full of tense dissonance all receive a final release in the concluding chorale setting. Masaaki Suzuki and the choir and orchestra of BCJ bring these works to full effect, aided by a fine team of soloists in which soprano Rachel Nicholls makes her first appearance in this series.