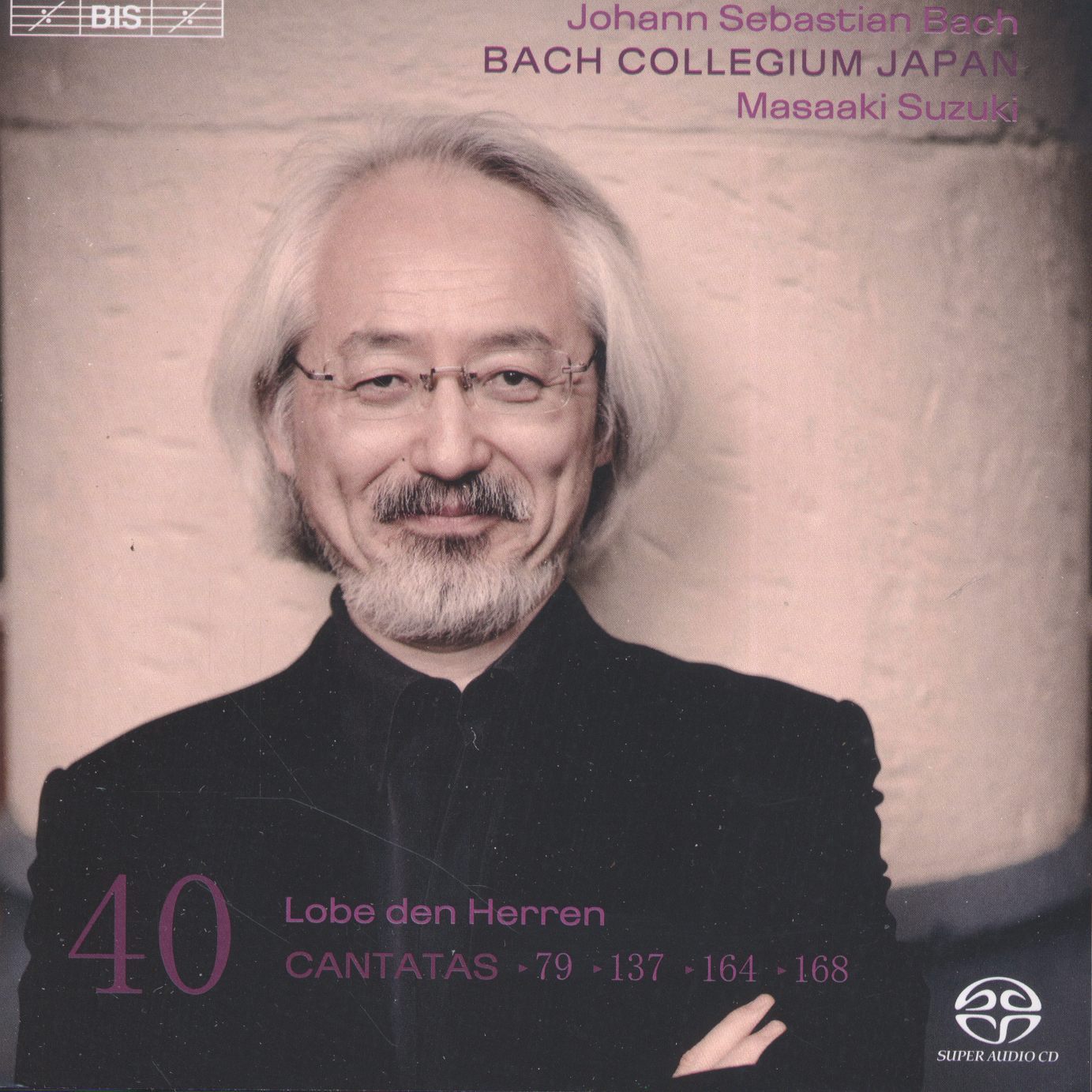 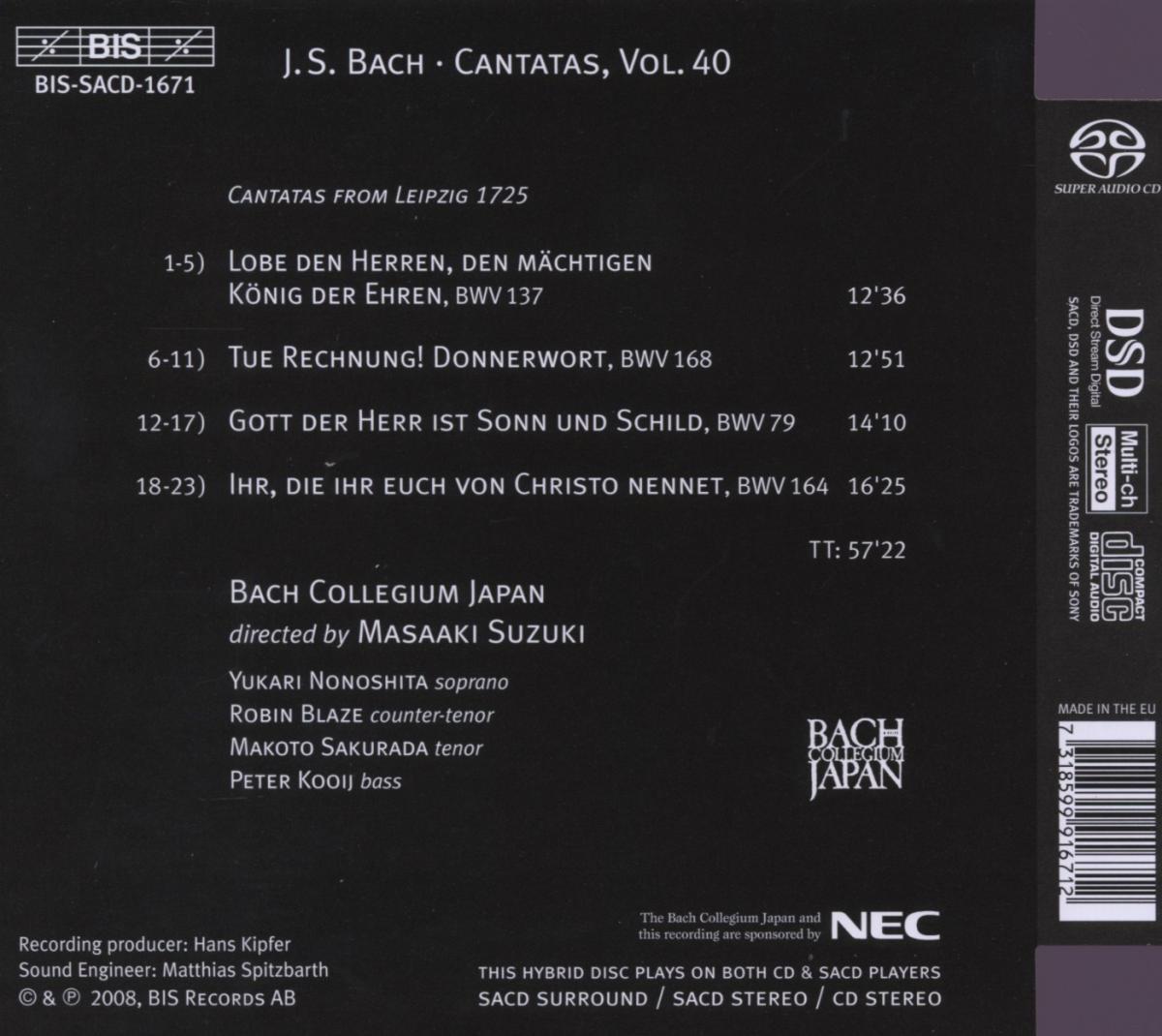 Bewertung:
lieferbar innerhalb einer Woche
(soweit verfügbar beim Lieferanten)
EUR 19,99*
Versandkosten
The four cantatas on this recording are dated 1725, a year during which Bach appears to have devoted himself less regularly than previously to the writing of cantatas. Whatever the reason might have been for this, the cantatas that he did compose are far from being routine affairs. Lobe den Herren (Praise to the Lord), BWV 137, is a case in point: in it Bach includes the original text of the famous hymn, and also uses the familiar melody in all five movements to a greater or lesser degree. To impose such limitations must have been a challenge to himself as a composer, and the imagination and technical skill with which he fulfilled his task are striking. Another impressive moment is the opening movement of Gott der Herr ist Sonn und Schild, BWV79. This was written for the Feast of the Reformation, and with its horns and timpani it conveys a festive magnificence suitable to the occasion. The remaining two cantatas are both associated with a biblical allegory. In the case of BWV 168, the parable of the Dishonest Steward gives Bach the opportunity of composing a thunderous demand for a reckoning of accounts in the opening bass aria Tue Rechnung!, as well as letting the tenor sing about interest and capital in the most beguiling manner in the aria Kapital und Interessen. BWV164 on the other hand deals with the parable of the Good Samaritan, with the expressive alto aria Nur durch Lieb und durch Erbarmen… (‘Only through love and through pity’) providing an emotional centre, with its accompaniment of two flutes.