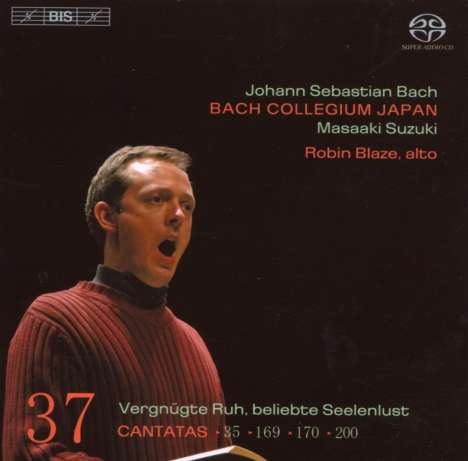 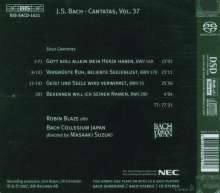 lieferbar innerhalb einer Woche
(soweit verfügbar beim Lieferanten)
EUR 19,99*
Versandkosten
Among some 200 extant cantatas by Bach's hand, there are only a few solo cantatas, written for one singer and orchestra. Gathered on this disc are three of these, all of them for alto, together with the aria Bekennen will ich seinen Namen (BWV 200). The three cantatas were all composed in 1726, after Bach had already produced a number of 'standard cantatas' involving choir. With these works, Bach takes another step into the musical unknown: he increasingly includes instrumental movements, and is particularly fond of giving soloistic duties to the organ. The 37th volume of Bach Collegium Japan's, and Masaaki Suzuki's Cantata Cycle, is thus a very special one, focussing on the voice and artistry of Robin Blaze, while at the same time giving ample scope for Masaaki Suzuki's skills at the organ. This issue is also unique in that one of the cantatas, Vergnügte Ruh, beliebte Seelenlust, was recorded in the St Crucis Church in Erfurt, making use of the large organ there. The rest of the programme was recorded on BCJ's home-ground, the Kobe Shoin Women’s University Chapel in Japan, which has seen the making of the entire cantata cycle so far.