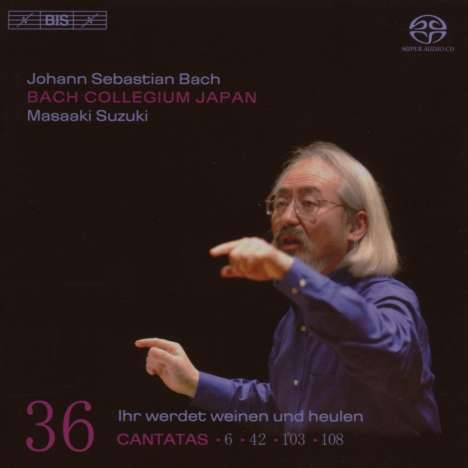 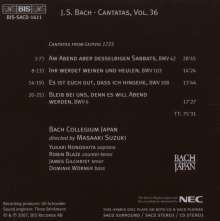 lieferbar innerhalb einer Woche
(soweit verfügbar beim Lieferanten)
EUR 19,99*
Versandkosten
Four cantatas written for services during April 1725 make up the programme of this disc. Just before Easter that same year, Bach had put an end to his projected chorale cantata cycle, originally planned to span the entire church year. These particular cantatas did not have a direct association with the gospel passage for the days in question; instead they used specific hymns as their starting point. Probably for extra-musical reasons – possibly the non-availability of the librettist – this cycle broke off before the church year was completed. Instead, with Bleib bei uns (Abide with us, BWV 6), Bach returned to the conventional type of cantata. All four cantatas on the present disc deal with the interplay between the resurrected Christ and his disciples: Christ's first appearance in front of two of the disciples on the road to Emmaus (BWV 6), his visit to a meeting of the disciples, held in secret for fear of persecution (BWV 42), and his words of parting as he prepares to join his Father (BWV 103 and 108). Joy, fear and sadness, the various and conflicting emotions inherent in the subject matter, are painted in Bach's incomparable musical language, and transmitted in these performances by Bach Collegium Japan and Masaaki Suzuki. Among the soloists, Yukari Nonoshita and Robin Blaze are well-known to the followers of this series, while James Gilchrist and Domink Wörner both appear in it for the second time. For this particular disc, Bach Collegium Japan are visited by Dan Laurin, who performs the virtuosic flauto piccolo part in BWV 103, and Dmitry Badiarov, who plays his own, unique reconstruction of a violoncello piccolo in BWV 6.