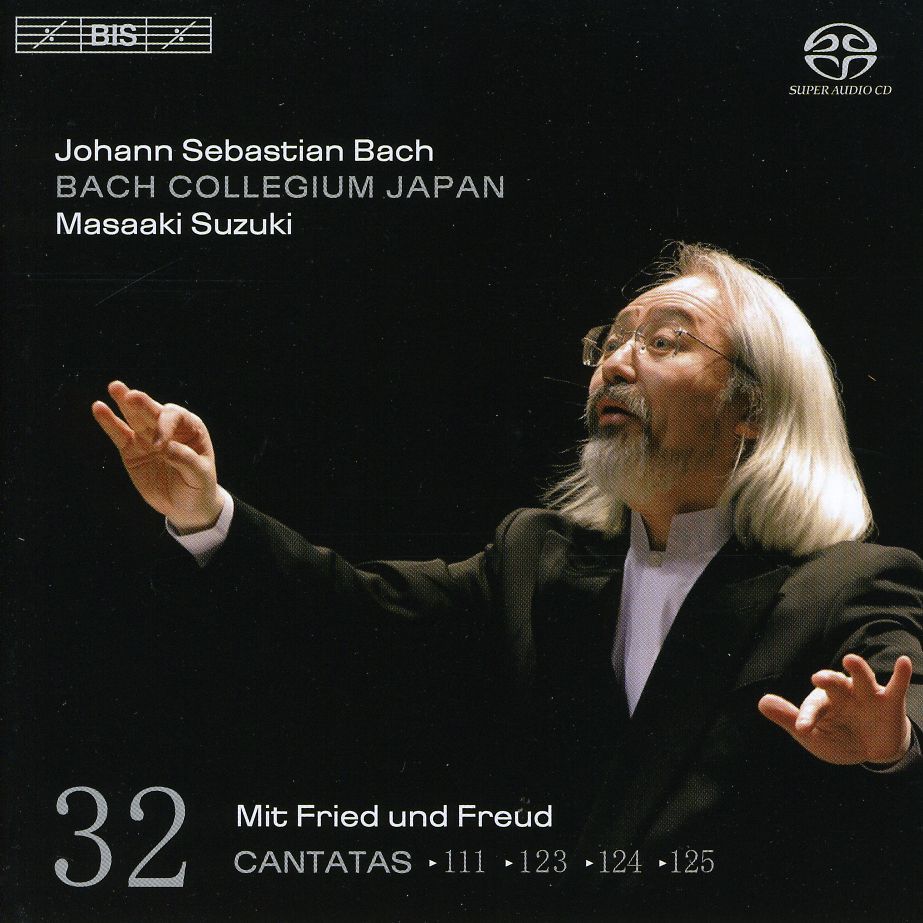 Bewertung:
lieferbar innerhalb einer Woche
(soweit verfügbar beim Lieferanten)
EUR 18,99*
Versandkosten
‘Mit Fried und Freud’ is the title of the 32nd volume in the Cantata Cycle of Bach Collegium Japan and Masaaki Suzuki. Though taken from Cantata BWV 125, ‘In peace and joy’ actually serves as a motto for much of the music on this disc. The joy in loving Christ, and the peace experienced through this love – even when contemplating death – are recurring themes in all four of these cantatas, which were first performed in January and February, 1725 in the Thomaskirche in Leipzig. Masaaki Suzuki’s Cantata Cycle is by now firmly established and the reviews for the latest discs have been positively glowing: ‘consistently outstanding performances, musical beyond belief, and worthy of any collection’ was how the reviewer of MusicWeb International described Volume 28 (BIS-SACD-1451), while International Record Review’s critic found that Suzuki was again bringing off ‘a fine achievement, striking the right balance between deep contemplation and freshness of approach.’ Volume 29 (BIS-SACD-1461) was no less highly regarded. It was for instance termed a benchmark recording by the reviewer in BBC music Magazine, who went on to recommend ‘a textural clarity and a lightness of tread which makes more sense of Bach's often strongly chromatic music than any rival recording that I can recall.’ New to the team on the present disc is tenor Andreas Weller, who comes to the fore in the remarkable aria ‘Auch die harte Kreuzesreise’ from BWV 123, where he is joined by two oboe d’amore in depicting the sorrowful earthly path of those who follow Christ.