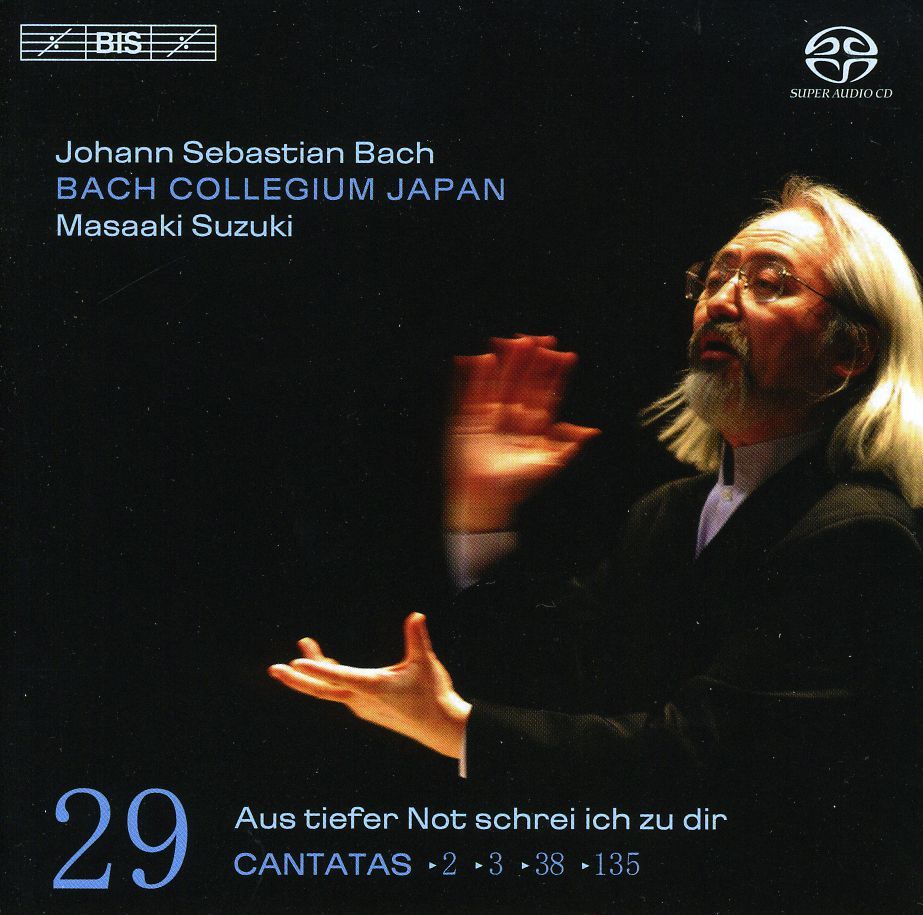 lieferbar innerhalb einer Woche
(soweit verfügbar beim Lieferanten)
EUR 19,99*
Versandkosten
In this the 29th volume of Bach Cantatas, Masaaki Suzuki and his musicians are still exploring Bach's great project, the Chorale Cantata Year, which was initiated in 1724 in order to celebrate the bicentenary of the first Lutheran hymn books. Each cantata belonging to the project is very closely connected to one particular hymn from this collection, especially in terms of the texts used.

For all of them can be said that the first and the last movement are settings of the first and last strophes of the hymn, with Bach using the original hymn melody as the guiding light in highly imaginative scores. The remaining strophes were used as an inspiration by an unknown librettist, providing texts suitable for arias, recitatives and ensembles, while remaining true to the idea of the original hymn.

All of the works on the present disc use the addition of cornetto and / or trombones, resulting – in particular in BWV2 and BWV38 – in a sonic world both dramatic and archaic, even for Bach's own time. On this recording it is Concerto Palatino, the world's leading ensemble of their kind, which provides the inimitable timbres of cornettos and baroque trombones.

Among the soloists, Gerd Türk and Peter Kooij will be familiar to followers of this series and Pascal Bertin has also appeared before, while the young German soprano Dorothee Mields makes her first appearance on BIS.