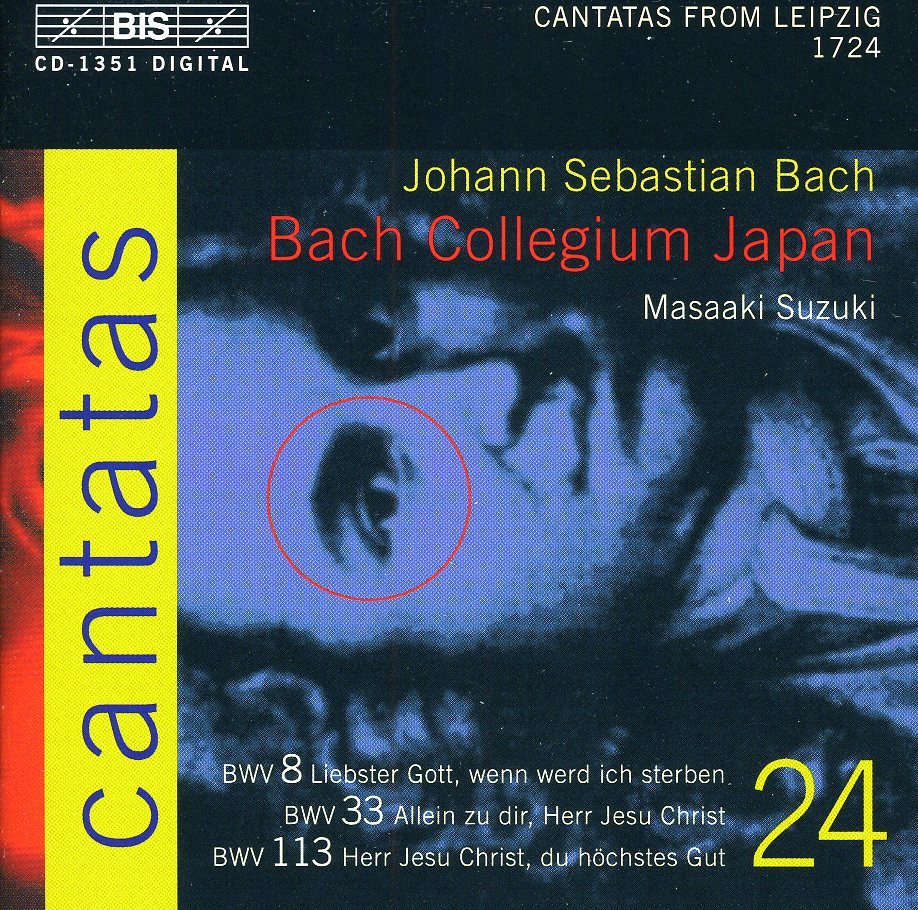 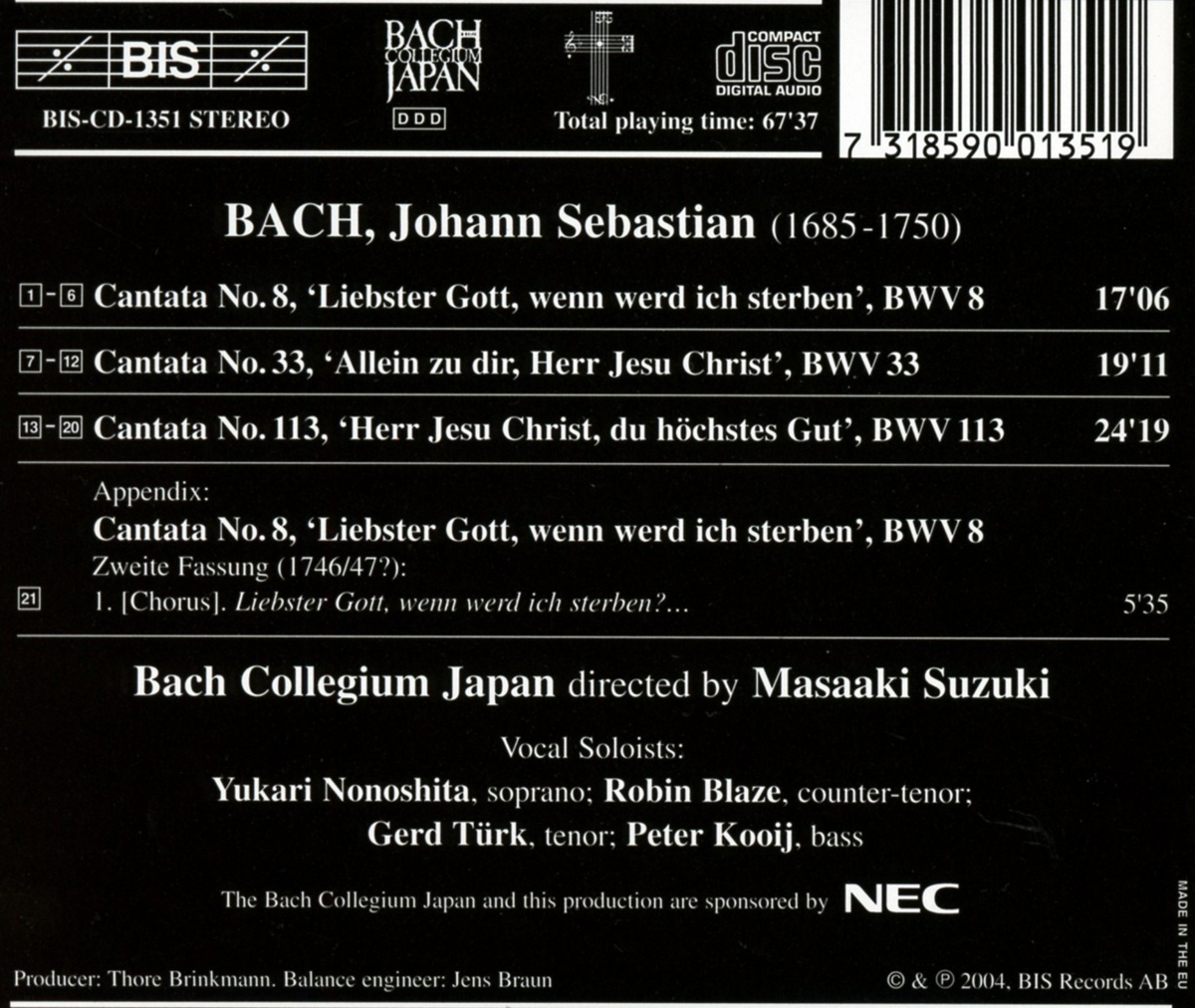 lieferbar innerhalb 1-2 Wochen
(soweit verfügbar beim Lieferanten)
EUR 19,99*
Versandkosten
Each new volume of J. S. Bach’s church cantatas continues to attract accolades from the musical press. The excellence of the Bach Collegium Japan led by their inspirational director Masaaki Suzuki and with a line-up of some of the best and most experienced vocal soloists are know entities. Everyone is pretty much in agreement: the cantatas have been entrusted to the best possible interpreters who take endless pains in preparing the recordings and still manage to convey the frisson of a live performance.

Perhaps what makes these recordings so special is the fact that the listener is constantly astounded at the quality of the music itself. We still nourish a romantic view of genius and think of a musical masterpiece as the product of a great and painful labour. Yet Bach produced a whole succession of masterpieces, week after week, in order to fulfil his obligations as Cantor of the Thomas Church in Leipzig. The present disc is a fine example of Bach’s development of the Church Cantata. The three cantatas are for “ordinary” Sundays in the liturgical year – 11th, 13th and 16th Sundays after Trinity. They were written in Bach’s second year as Thomas cantor in 1724. And they excellently demonstrate Bach’s desire to make use of the post-Reformation hymnbook in his liturgical works. Whereas the earlier cantatas had been based on the gospel of the day on which they were to be sung, Bach now began to concentrate on illuminating various familiar hymns – possibly in an attempt to involve the congregation more closely in the service.

This is the 24th volume of our cycle of Bach cantatas. It seems almost as though the recordings have an addictive quality for demand continues to increase! The present volume is in the best traditions of the series, featuring Cantata veterans Yukari Nonoshita, Robin Blaze, Gerd Türk, Peter Kooij and a wealth of striking music.

"A magnificent disc. Soloists are superb, the chorus magnificently and lucidly blended and accompaniments, be they continuo or orchestral, are ever alive to the twists and turns of Bach's fertile imagination." Classical MusicWeb