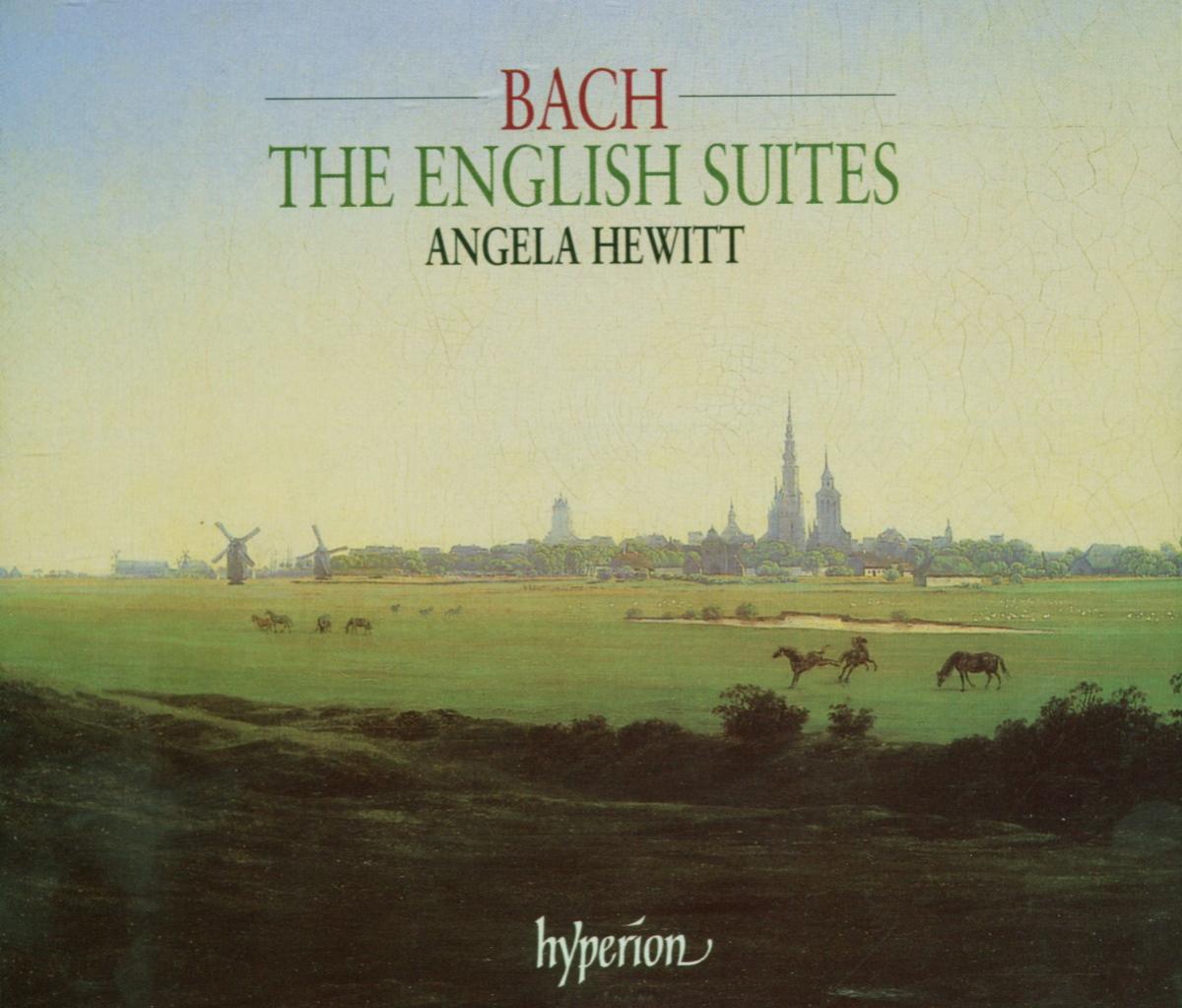 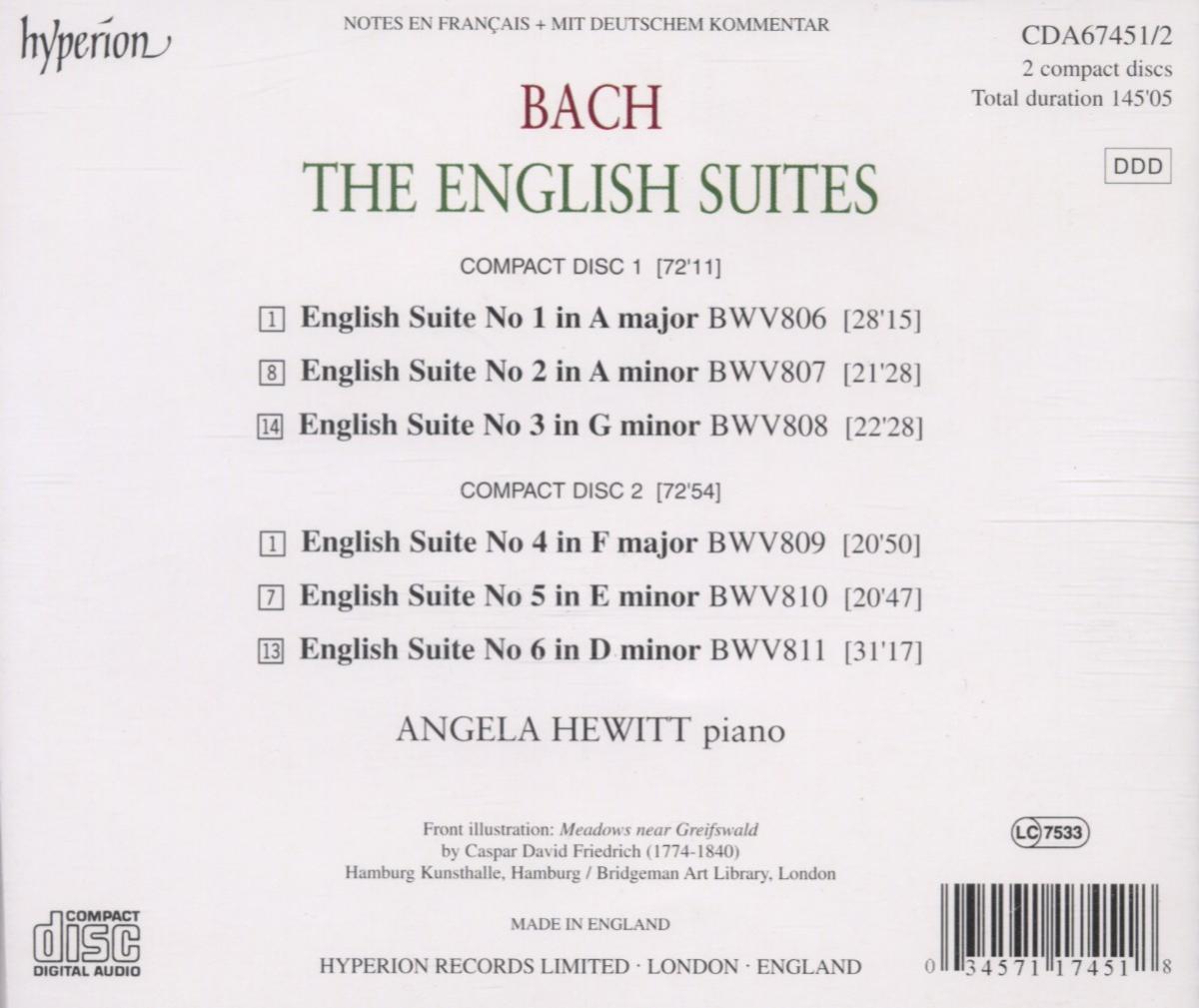 With the English Suites (the »English« is not Bach's and there is nothing particularly English about them) Angela Hewitt all but completes her survey of Bach's keyboard works (there will be one further CD mopping up various odds and ends). These six suites, along with the French Suites and the six Partitas, present Bach's mature thoughts on the standard baroque suite of dances and as such are the greatest examples of the form. Unlike the smaller scale French Suites the English all begin with a large-scale prelude, often rather concerto-like and very virtuosic; these are works for a very accomplished professional player rather than the amateur that much keyboard music of the 18th century would have been aimed at. Angela Hewitt rises to all the challenges in her usual superb style and needless to say these performances will meet with the acclaim of her previous Bach recordings.

»...this might well be the finest set of English Suites on the piano« (Goldberg
Early Music Magazine)

»Now regarded as one of the most consistently refreshing interpreters of Bach on the modern piano...As ever, Hewitt brings this music to life with remarkably crisp articulation in the brisk contrapuntal movements, deep feeling in the sarabandes and exhilarating joie de vivre in the final gigues« (The Sunday Times)