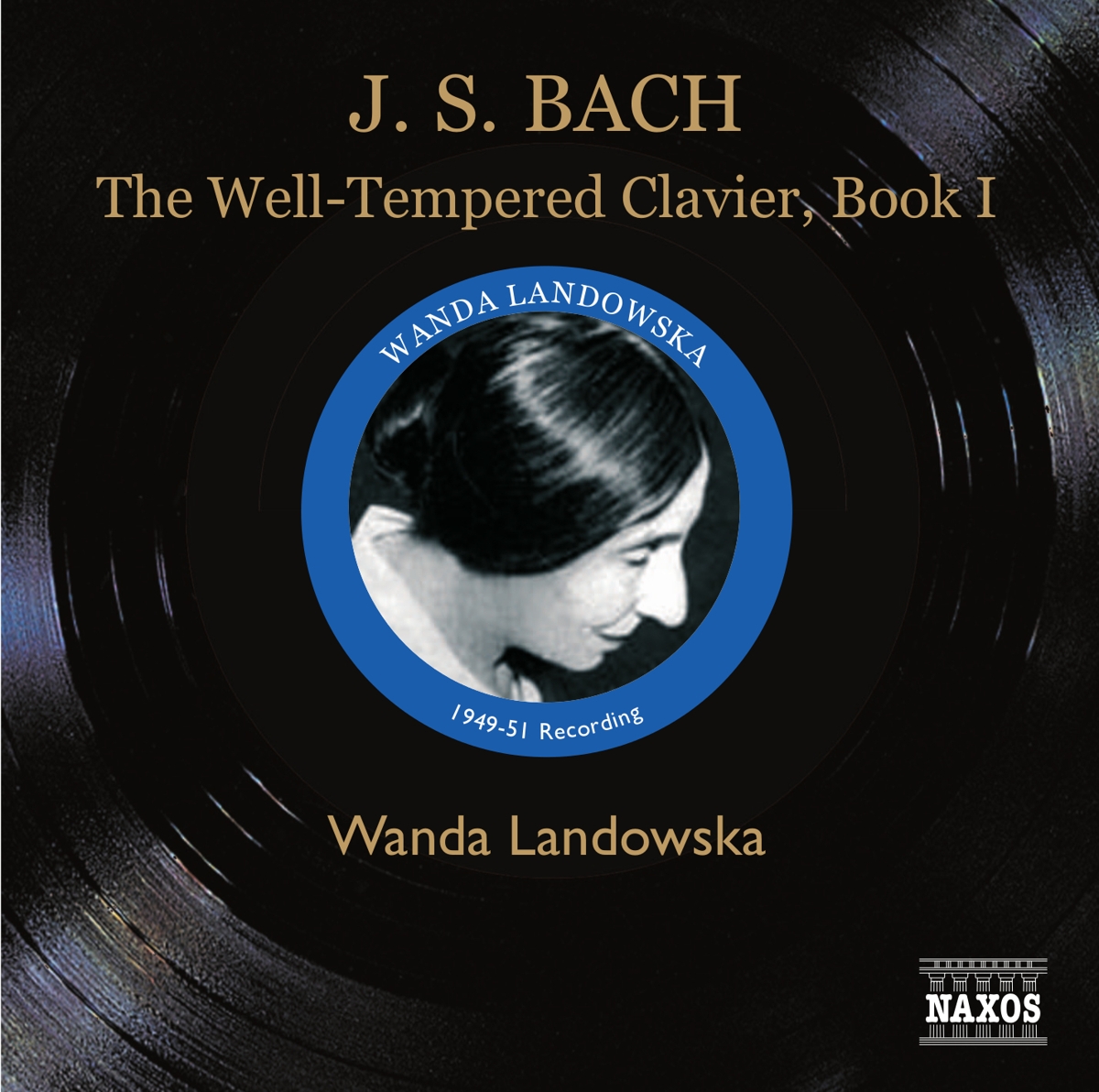 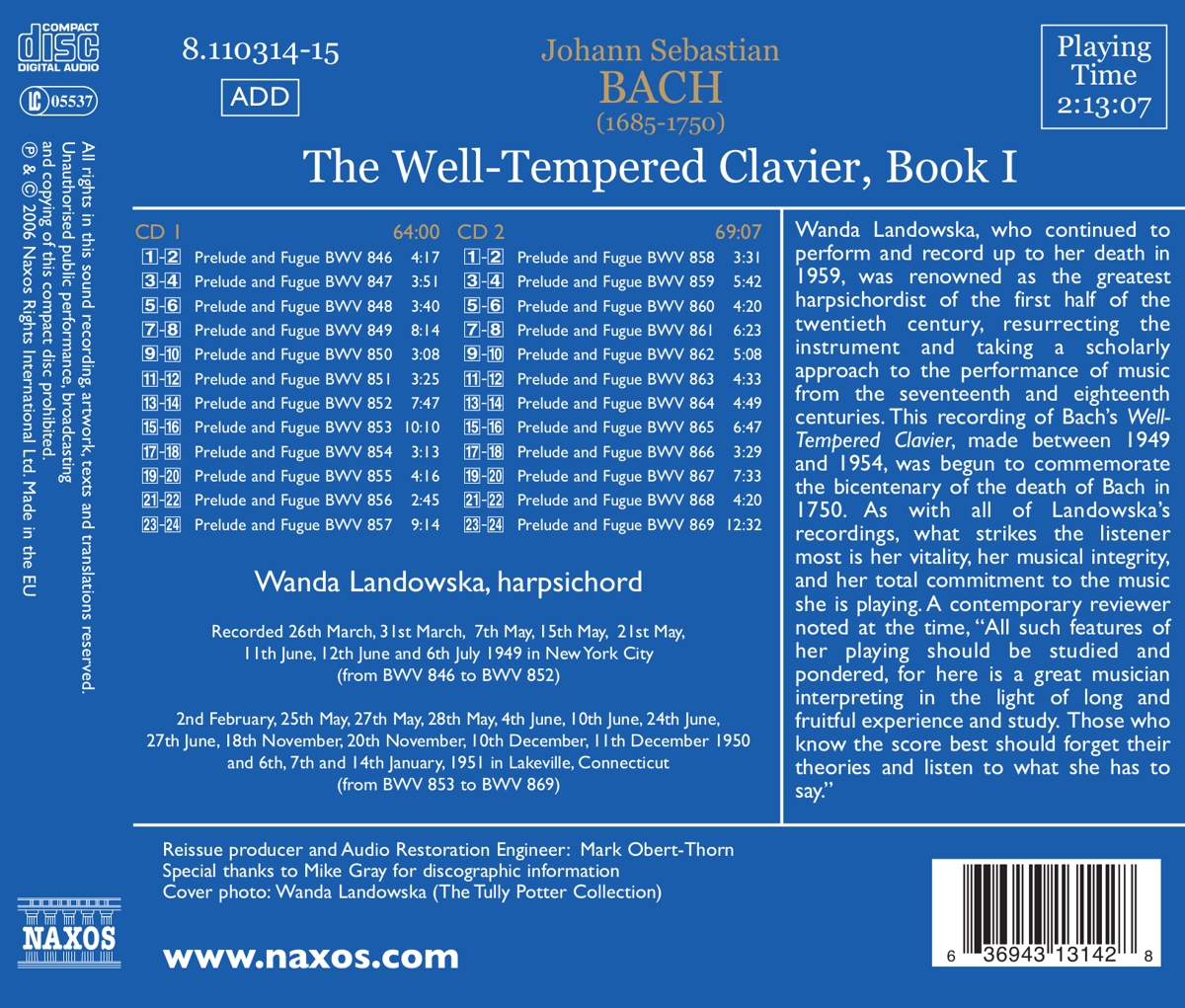 Bewertung:
umgehend lieferbar, Bestand beim Lieferanten vorhanden
EUR 12,99*
Versandkosten
Wanda Landowska, who continued to perform and record up to her death in 1959, was renowned as the greatest harpsichordist of the first half of the twentieth century, resurrecting the instrument and taking a scholarly approach to the performance of music from the seventeenth and eighteenth centuries. This recording of Bach's Well-Tempered Clavier, made between 1949 and 1954, was begun to commemorate the bicentenary of the death of Bach in 1750. As with all of Landowska's recordings, what strikes the listener most is her vitality, her musical integrity, and her total commitment to the music she is playing. A contemporary reviewer noted at the time, all such features of her playing should be studied and pondered, for here is a great musician interpreting in the light of long and fruitful experience and study. Those who know the score best should forget their theories and listen to what she has to say.