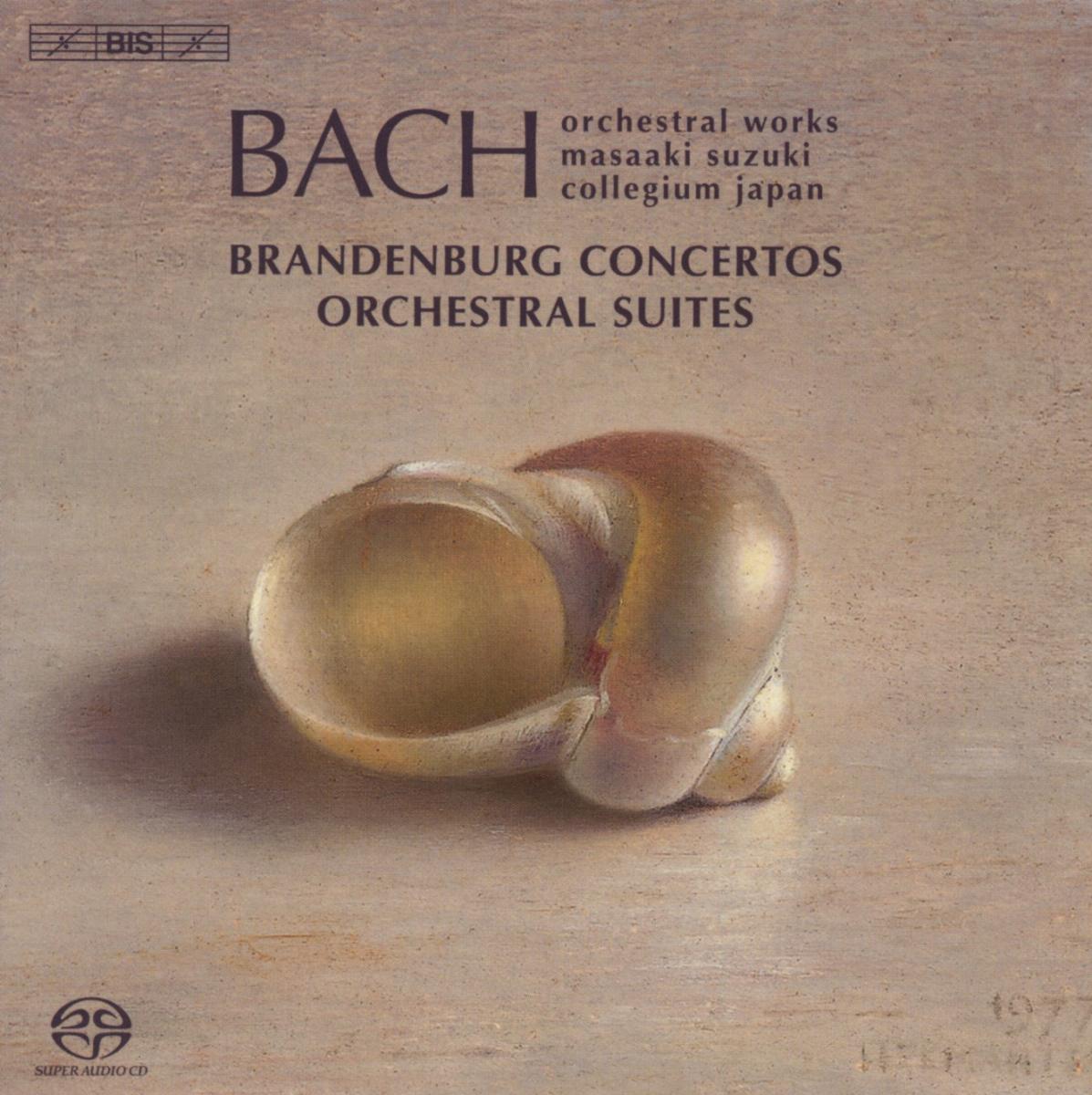 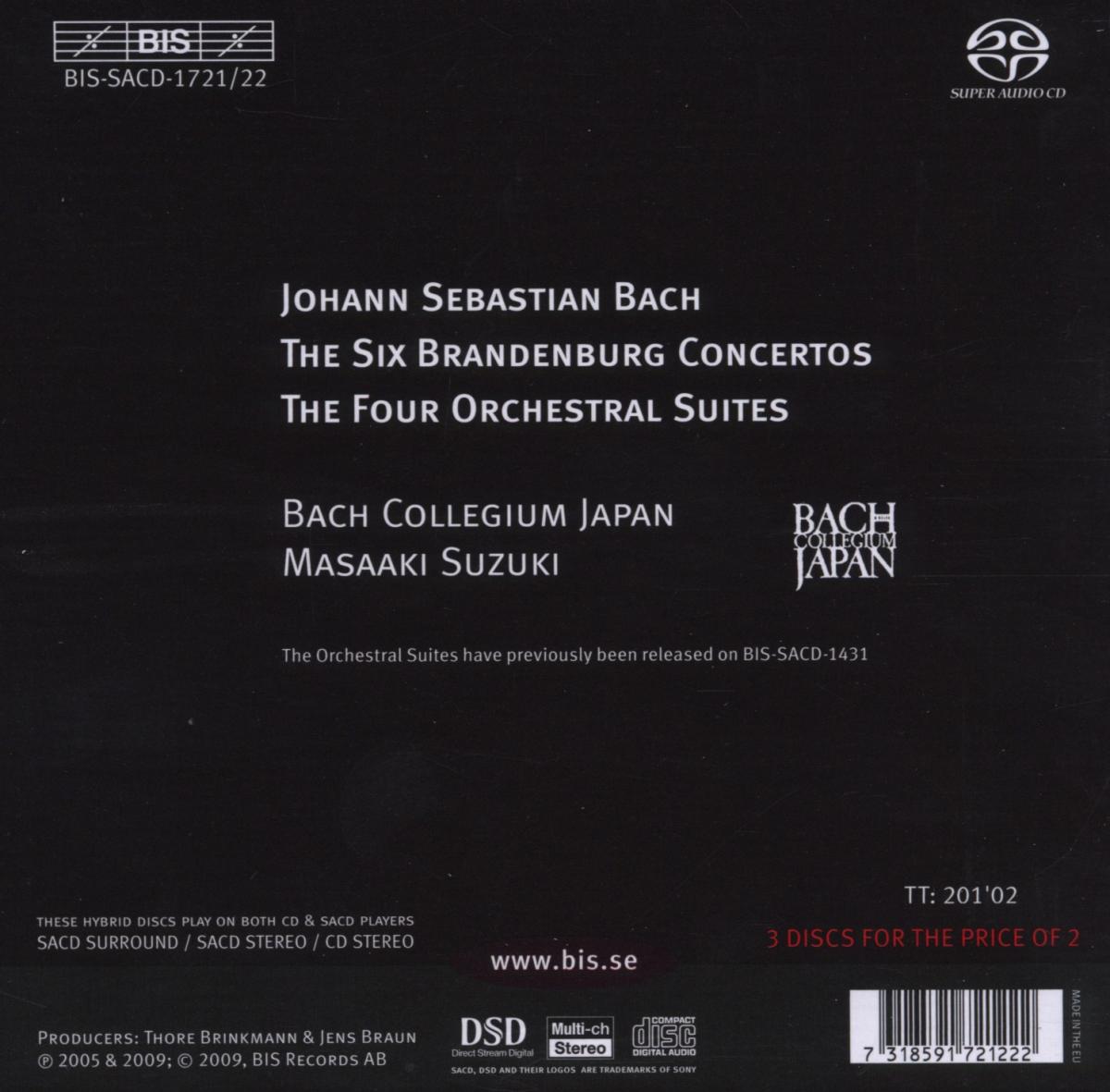 -47%
Johann Sebastian Bach (1685-1750)
Brandenburgische Konzerte Nr.1-6
EUR 22,99**
2 Super Audio CDs
EUR 11,99*
Bach Collegium Japan was first noticed internationally for undertaking the huge project of recording the complete church cantatas of J. S. Bach. Although the ensemble’s discography consists of predominately vocal works, the participating instrumentalists have attracted acclaim ever since the outset. On the present offering, it is Bach’s two great sets of orchestral works that form the programme and the choir of the BCJ is silent. Bach Collegium Japan and Masaaki Suzuki first recorded the Brandenburg Concertos in 2000, but now return to these great works. The new recording took place in the recently completed MUZA Kawasaki Hall, a venue that is highly suitable to an approach focussing on the chamber music qualities of this music. In four of the concertos Masaaki Suzuki has chosen to replace the traditional cello with the violoncello da spalla – a smaller instrument played horizontally on the shoulder or held against the breast. The instrument has already featured in the BCJ Cantata series, and opens for new possibilities in timbre, for instance in Concerto No. 6, where the violoncello da spalla blends particularly well with the two solo violas and the viola da gambas. Making a new recording also provided the opportunity to record these in many ways multidimensional works in 5.0 Surround Sound, releasing them as hybrid SACDs. This is also the format of the included recordings of the Orchestral Suites, originally released in 2005 to great and universal acclaim. The German website klassik. com called the 2-CD set ‘incredibly perfect Bach!’ and named it one of the reference recordings of these oft-recorded works, while the Financial Times (UK) listed it as one of the outstanding classical discs of 2005, remarking that ‘Suzuki's traversal of the Bach orchestral suites combine scholarship and style without compromising the music's expressiveness.’ In the Brandenburg Concertos and the Suites, Bach explored an Italian and a French genre respectively, and in his inimitable way transcended the boundaries of both. This attractive box at a very advantageous price combines both sets performed by one of the leading Baroque ensembles in high fidelity recordings – not to be missed!