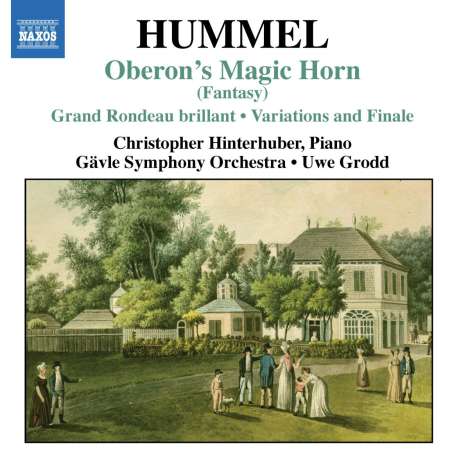 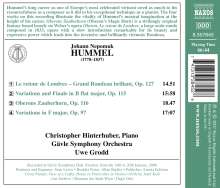 Nur noch 1 Stück am Lager. Danach versandfertig innerhalb von 1-3 Tagen (soweit verfügbar beim Lieferanten)
EUR 12,99*
Versandkosten
Hummel's long career as one of Europe's most celebrated virtuosi owed as much to his resourcefulness as a composer as it did to his exceptional technique as a pianist. The four works on this recording illustrate the vitality of Hummel's musical imagination at the height of his career. Oberons Zauberhorn (Oberon's Magic Horn) is a strikingly original fantasy based loosely on Weber's opera Oberon. Le retour de Londres, a large-scale rondo composed in 1833, opens with a slow introduction remarkable for its beauty and expressive power which leads into the inventive and brilliantly virtuosic Rondeau.