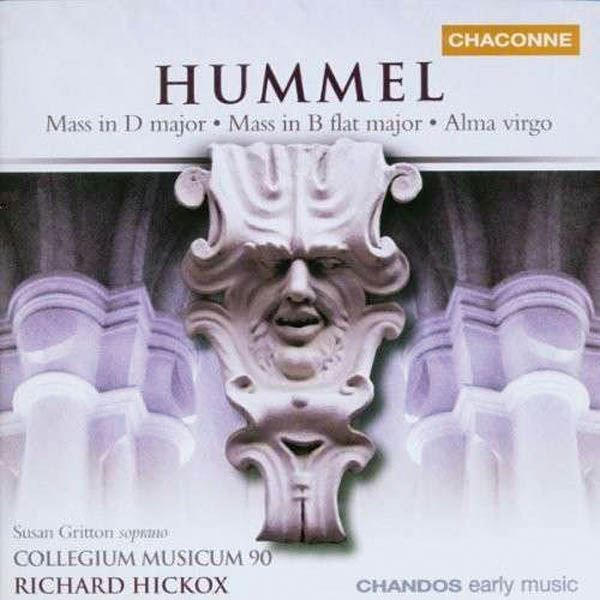 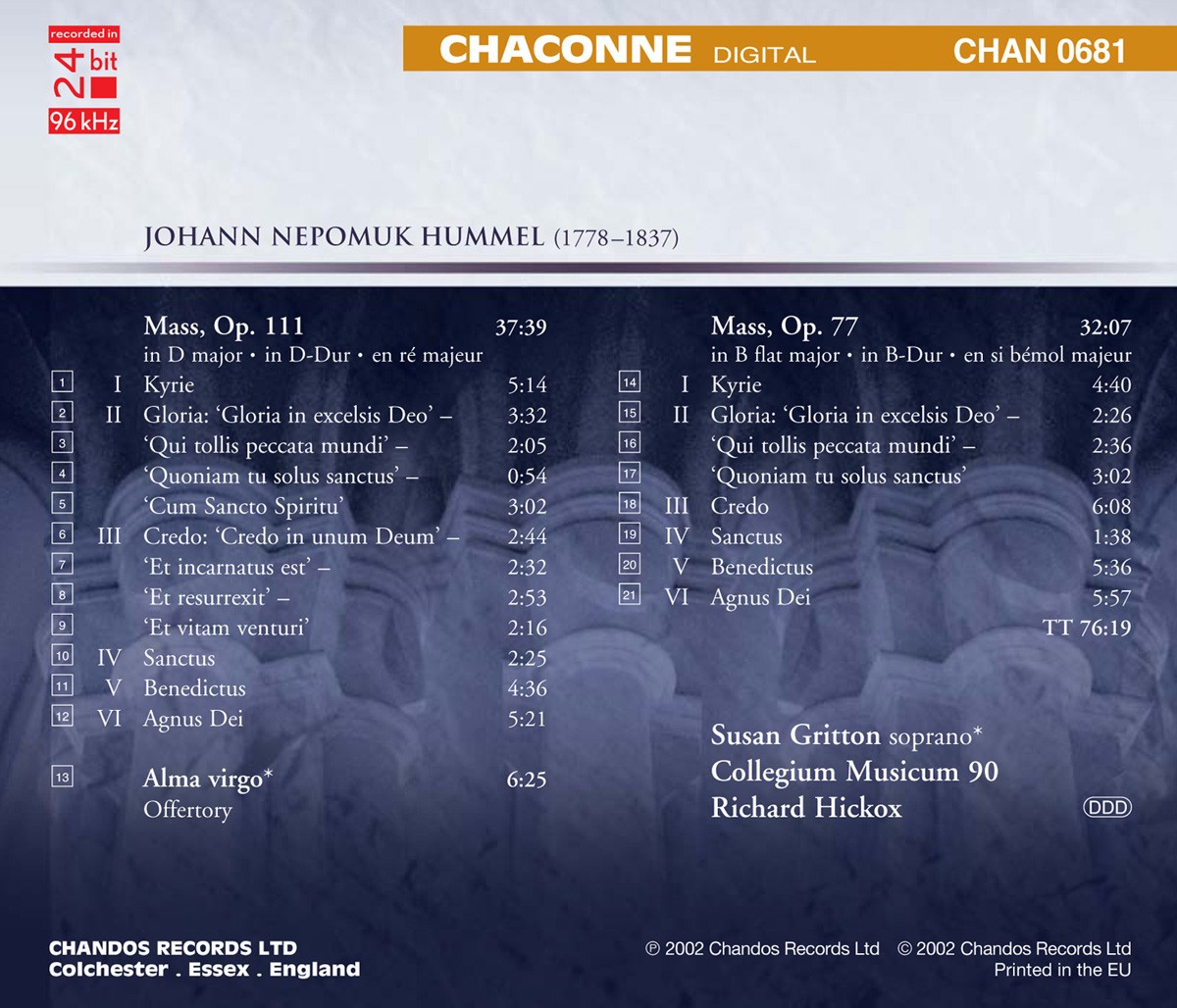 Johann Nepomuk Hummel, who was born eight years after Beethoven, is one of these composers, celebrated in musical dictionaries rather than in live performances, who have had to wait until the age of CD to have their music meaningfully revived. This superb disc from Richard Hickox not only fills an important gap but also demonstrates that the idea of Hummel as primarily a pianist-composer is quite misleading. It is astonishing that such fine works as these have been so completely neglected, not just on disc. Like Haydn's last six settings of the Mass they were written for the name-day of the Princess Esterhazy, and they have inspired Hickox and his team to performances as electrifying as those they have given of the Haydn Masses. These Hummel Masses, unlike Haydn's, are for chorus alone without soloists. The Mass in D (1808) begins in sombre mood with some adventurous harmonies, but Hummel in both Masses, like Haydn, prefers vigorous movement to meditation, often in fugal writing with sharply syncopated rhythms, which makes for exhilarating results. As with Haydn, the setting of the final Dona nobis pacem in both Masses, far from conveying peace, are joyfully energetic, though, unlike Haydn, Hummel fades down to a gentle close in each. Distinctively, his settings of Et resurrexit in the Credo, instead of entering on an immediate fortissimo builds up in rising crescendo, as though bystanders are gradually appreciating the wonder of the event, one of the many perceptive symbolic points in these inspired and sensitive settings of the liturgy. Susan Gritton is the pure-toned soloist in the fill-up, Alma Virgo, an aria in two sections, with the chorus joining in for the culminating Alleluia with whooping horns. - Original Penguin Guide to Compact Discs review

»It is astonishing that such fine pieces have been so completely neglected. They here inspire Hickox and his team to performances just as electrifying as those they have given of the great series of late Haydn masses.« The Guardian »CD of the week«

»Richard Hickox and his forces do the music proud, and Susan Gritton takes the demanding solo soprano writing of the short Mozartian Alma virgo in her stride.« BBC Music Magazine

»everything about it arouses keen hopes that Hickox and Collegium Musicum 90 will soon complete the series with Hummel's other three masses.« International Record Review