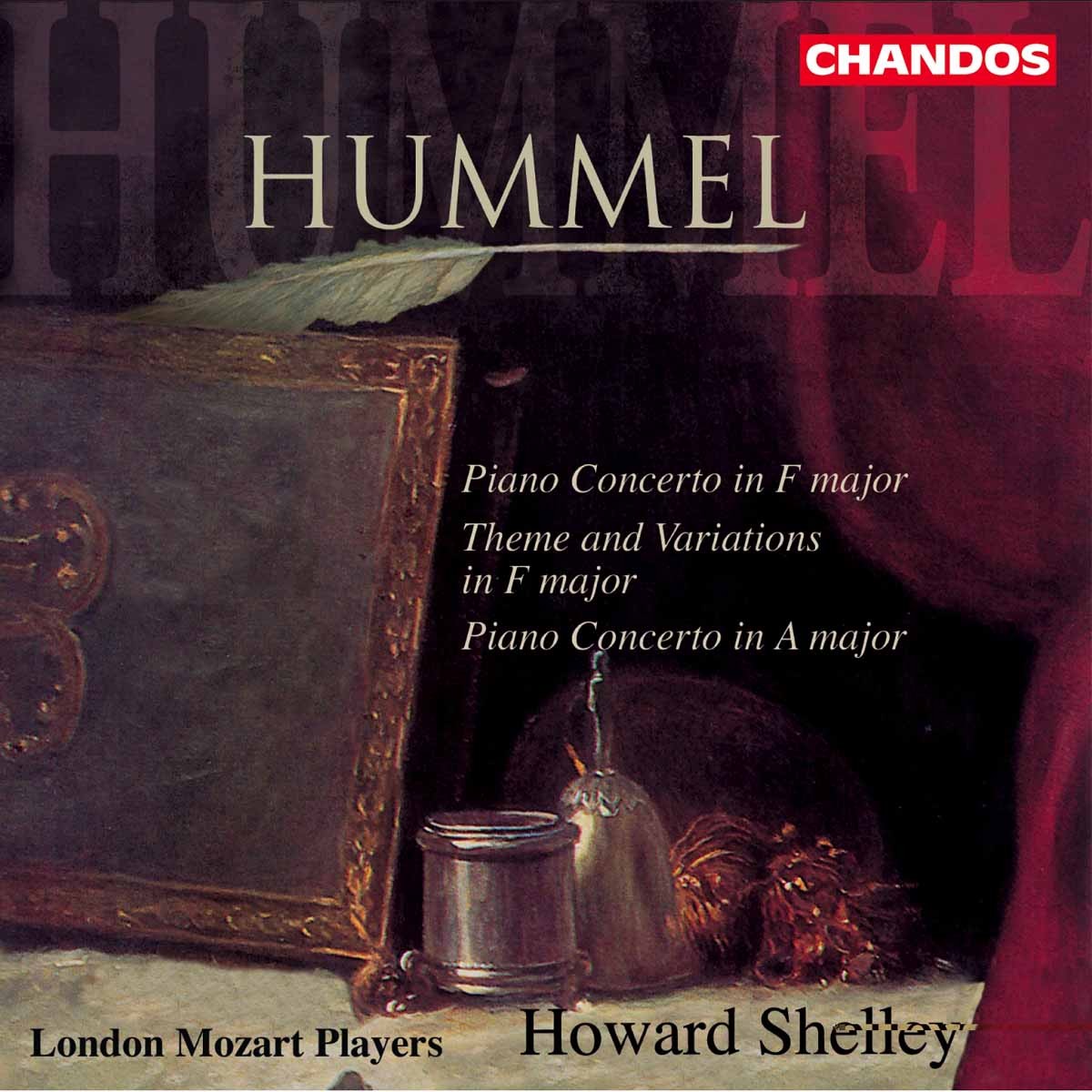 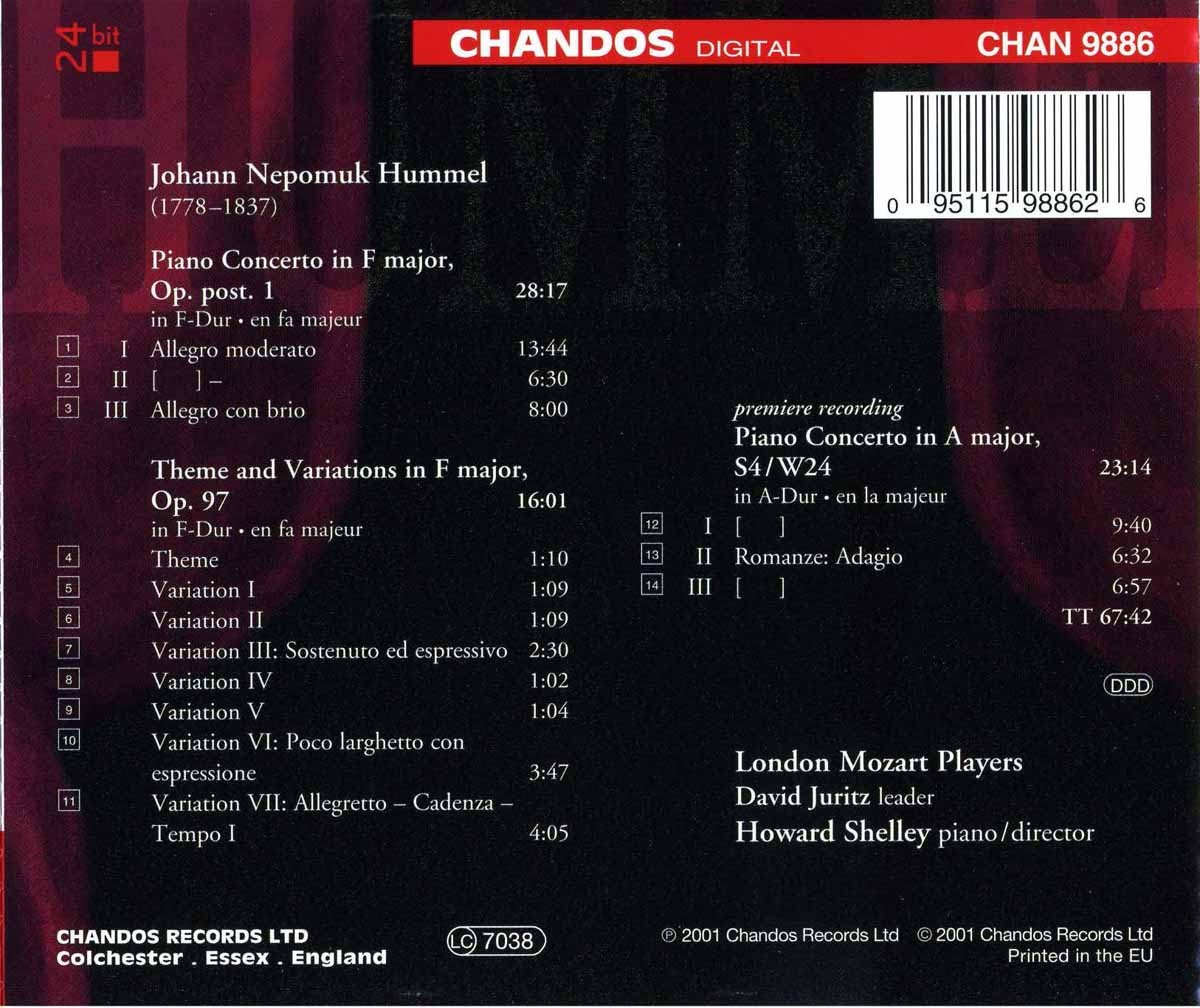 Johann Nepomuk Hummel was born in Bratislava in 1778 but moved to Vienna at the age of eight, by which time he was already a precociously accomplished musician. So impressed was Mozart by him that he gave him free tuition and, for a time, even board and lodging. On Mozart’s advice Hummel and his father embarked on a five-year concert tour of Northern Europe and Britain in the course of which they visited London, where Hummel may have had lessons with Clementi.

Back in Vienna in 1793, Hummel continued his studies. Among his teachers was Haydn from whom he eventually took over the position of Kapellmeister to Prince Nickolas Esterházy. He later held similar positions at Stuttgart and Weimar though, amazingly, he also managed to resume and pursue his international career as a solo pianist for much of the time from 1814 onwards. He seemed to have possessed keen business instincts as well as abundant energy.

By the 1820s, however, public taste was changing: Hummel’s elegant melodies and linear textures, and general sense of musical order appeared old-fashioned in the face of newer trends. The 1830s brought further but fewer successes for him as a composer and performer. Soon illness caused his decline and he died in 1837.

Hummel’s prolific output comprises twenty or more works for solo instruments and orchestra, as well as operas, ballets, church and chamber music in addition to a wealth of material for piano including a Piano Method said to have sold thousands of copies within days of publication. He enjoyed the esteem and friendship of many other celebrated composers including Schubert, Chopin and Beethoven. In his heyday his reputation as a pianist was almost legendary: at one concert members of the audience were reported to have stood on their chairs to get a better view of his double trills. And in 1822 John Field, hearing him perform a brilliant improvisation and unaware of his identity, is said to have cried out, ‘Either you are the Devil, or you are Hummel!’

Hummel is a fine composer who merits more that a listen or two. And here, as performed by Howard Shelley, the case is eloquently made that he is truly beyond merely that.’ Fanfare

As ever, Howard Shelley proves a supremely eloquent advocate of the composer, with his refined, shapely phrasing, crystalline textures… BBC Music Magazine