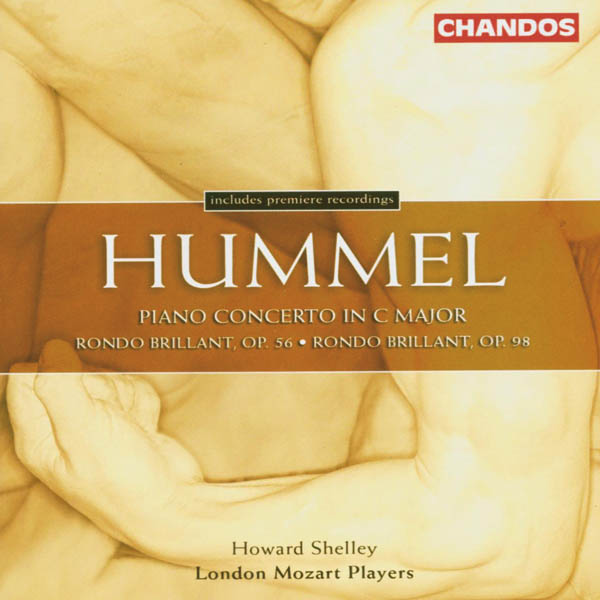 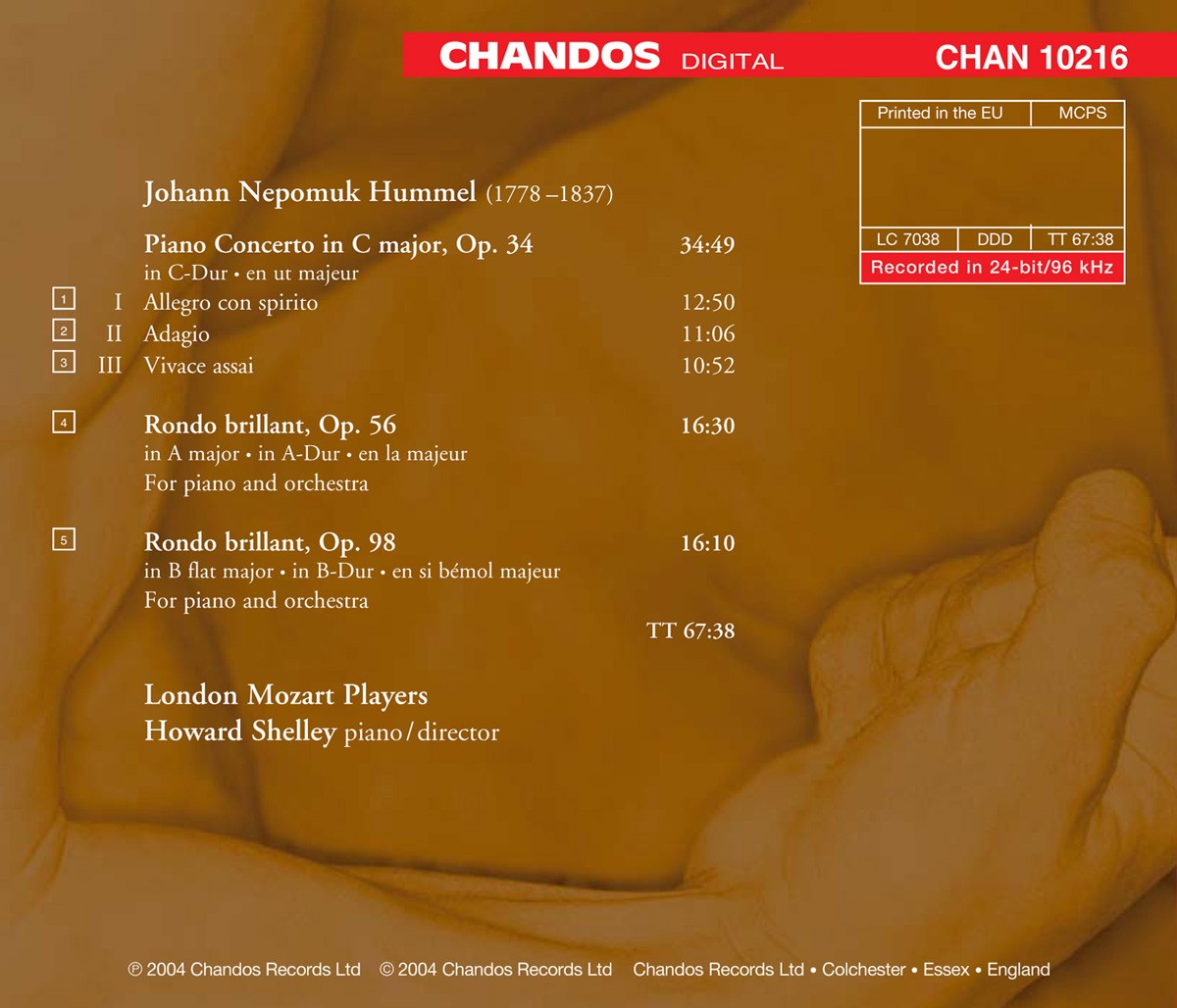 This disc features the premiere recordings of the two Rondo brillants.

Howard Shelley has a large and acclaimed discography on Chandos and is acknowledged as a leading exponent of keyboard repertoire from the eighteenth and nineteenth centuries.

Chandos has been renowned for its championship of the music of Hummel since its first recording of piano concertos by Hummel received the Gramophone ?best concertos? award in 1987. Last year