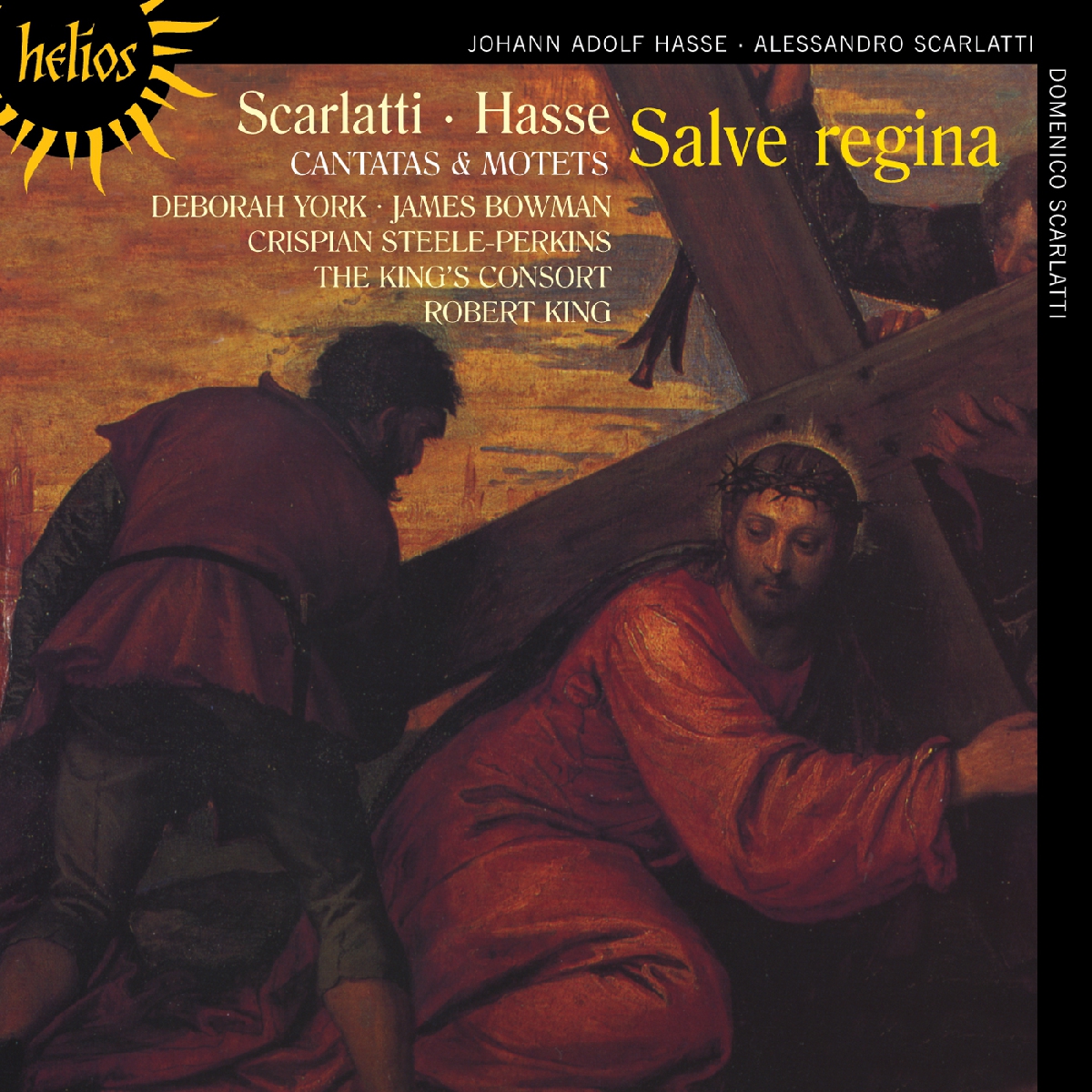 In the eighteenth century the cantata was considered to be the supreme challenge for a composer's artistry. Here are recorded three fine examples from the enormous corpus of such works by Alessandro Scarlatti, two for solo voice with continuo, and one which includes a particularly demanding part for obbligato trumpet, faultlessly played by Crispian Steele-Perkins.

These cantatas are joined by settings of the Salve Regina by Domenico Scarlatti (Alessandro's sixth son) and Johann Adolf Hasse (a pupil). The work by Hasse is distinctly operatic with florid vocal and instrumental lines, and the younger Scarlatti similarly finds himself drawn away from religious deference to a more flamboyant style.

'Congratulations to Hyperion on imaginative programming of repertoire, some not otherwise available on disc. Highly recommended ... for repeated enjoyable listening' (BBC Music Magazine)

'The recording is exemplary. If you want an introduction to vocal writing in compact forms in early 18th-century Italy, this is ideal' (American Record Guide)