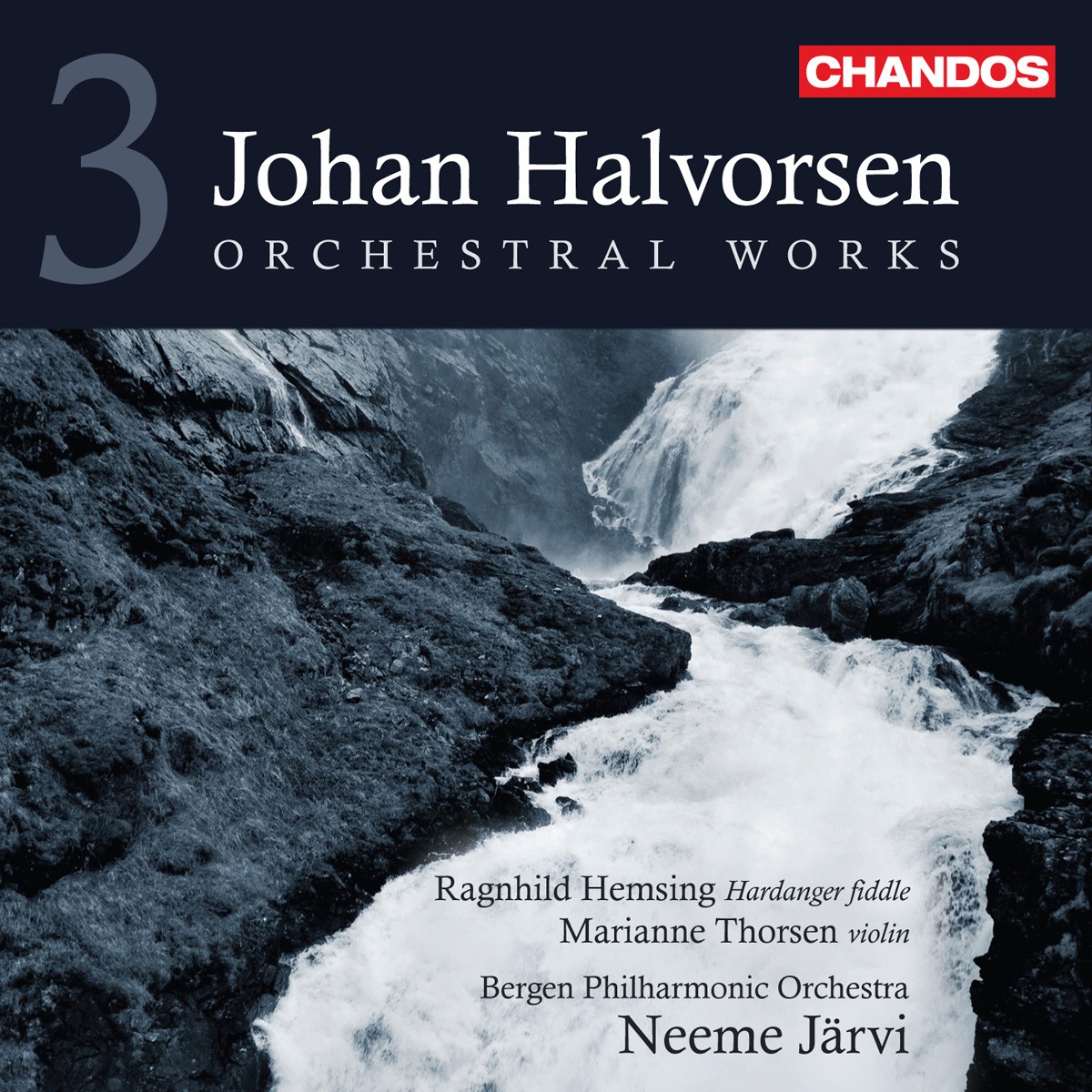 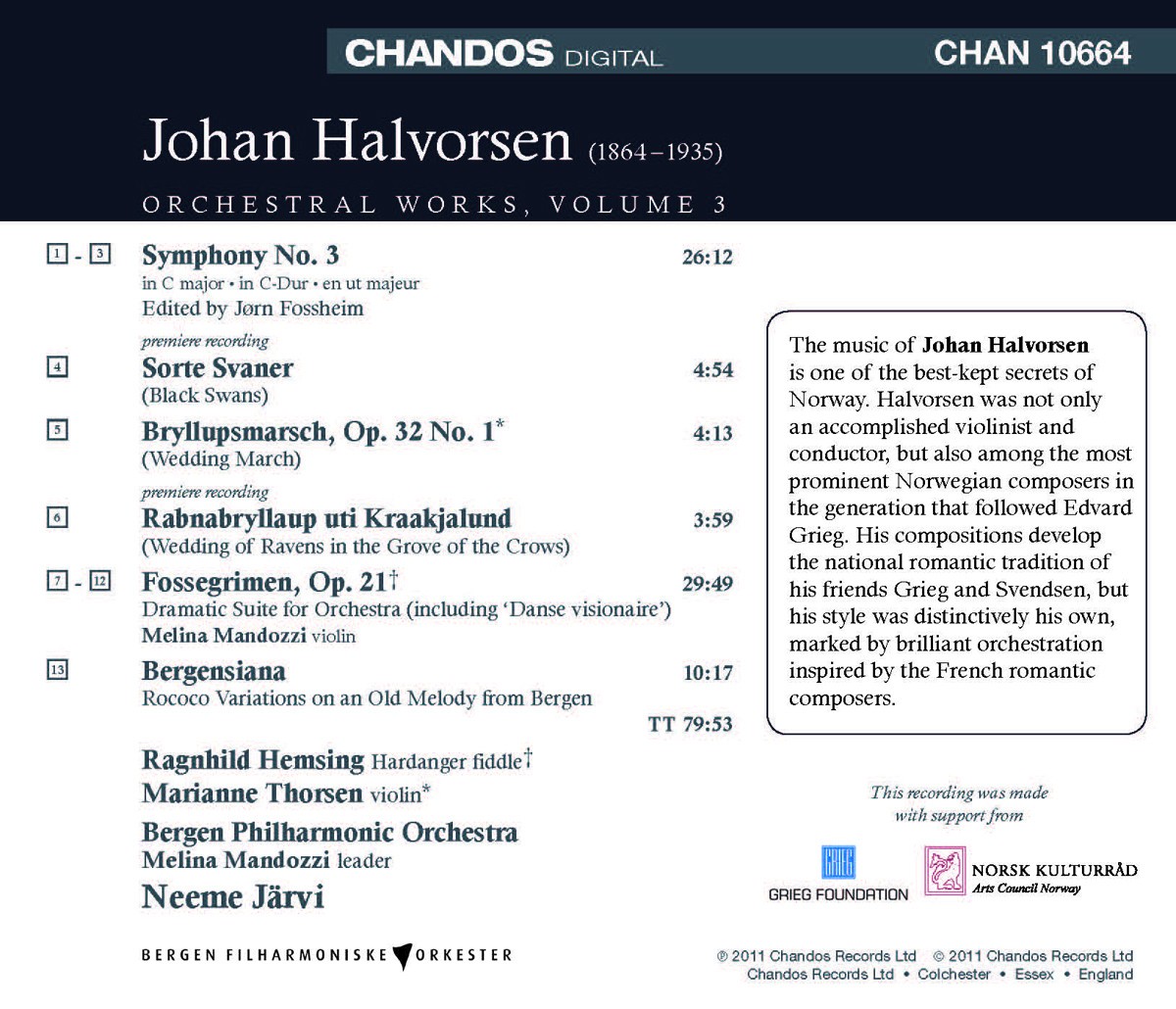 Neeme Järvi is back conducting the Bergen Philharmonic Orchestra in the third volume in Chandos’ series devoted to the orchestral works of the Norwegian composer Johan Halvorsen. They are joined on this recording by Ragnhild Hemsing on Norway’s national instrument, the Hardanger fiddle, and by Marianne Thorsen on violin. Johan Halvorsen was a highly prominent figure in Norway’s musical life during the first decades of the twentieth century, and the works on this CD are all performed by the orchestra that he himself conducted in the 1890s.

Volumes 1 and 2 have both been CD of the Week on Classic FM radio, and of the latter, Classic FM said: ‘[Halvorsen’s] music is distinctive, expertly written, endlessly tuneful and thoroughly engaging… every phrase pulsates with charm and energy, making even the simplest of gestures feel like musical gold.’

Halvorsen wrote substantial amounts of music for dramas, but most of it was overshadowed by the success of Fossegrimen, which is one of the most performed dramas ever on the Norwegian stage. Described as a ‘troll-play in four parts’, Fossegrimen, by Sigurd Eldegard, had its premiere in January 1905. On this occasion, Halvorsen was not just the composer and conductor, but also the soloist on the Hardanger fiddle, which for the first time in history was used as a solo instrument with symphony orchestra. Due to tight schedules, Halvorsen often reused earlier compositions when writing music for the stage. ‘Danse visionnaire’ – inspired by a poem by Arne Garborg and describing a dream vision of girls dancing in the moonlight – was one of these ‘recycled works’. The piece was originally included in Fossegrimen, but later abandoned when Halvorsen realised that this would over time be regarded as one of his main works and as such demanded exclusively original music. ‘Danse visionnaire’, here recorded with the Suite from Fossegrimen for the first time, later gained great success in its own right, not least as ballet music for Norway’s most celebrated ballerina in the 1910s, Lillebil Ibsen.

Symphony No. 3 was described by Halvorsen himself as a ‘lyrical symphony’. It includes the strong Grieg-motif in the first movement, and later scattered references to the First Symphony by Sibelius, Puccini’s Madama Butterfly, and Rachmaninoff’s Second Piano Concerto. Particularly unusual is Halvorsen’s original use of glockenspiel (campanelli) in the Finale, which creates a striking effect. Eventually he reconsidered and crossed out this entire part from the score, perhaps for fear of the critics’ reaction. However, for this recording, Neeme Järvi has chosen to restore the glockenspiel to the orchestra to recreate the sound of Halvorsen’s original idea.