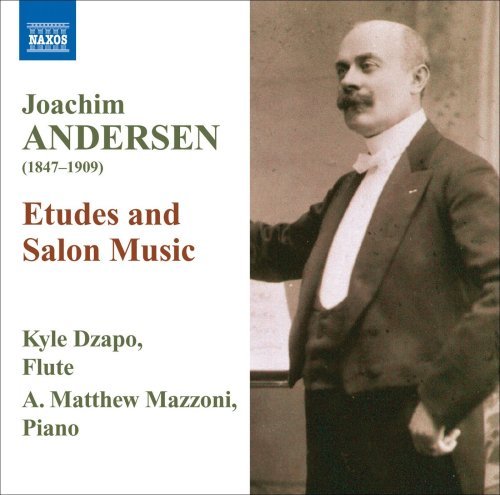 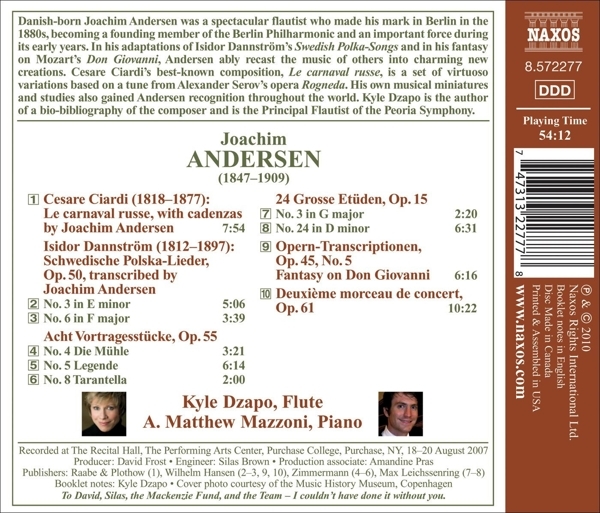 Bewertung:
lieferbar innerhalb einer Woche
(soweit verfügbar beim Lieferanten)
EUR 9,99*
Versandkosten
Danish-born Joachim Andersen was a spectacular flautist who made his mark in Berlin in the 1880s, becoming a founding member of the Berlin Philharmonic and an important force during its early years. In his adaptations of Isidor Dannström's Swedish Polka-Songs and in his fantasy on Mozart's Don Giovanni, Andersen ably recast the music of others into charming new creations. Cesare Ciardi's best-known composition, Le carnaval russe, is a set of virtuoso variations based on a tune from Alexander Serov's opera Rogneda. His own musical miniatures and studies also gained Andersen recognition throughout the world. Kyle Dzapo is the author of a bio-bibliography of the composer and is the Principal Flautist of the Peoria Symphony.