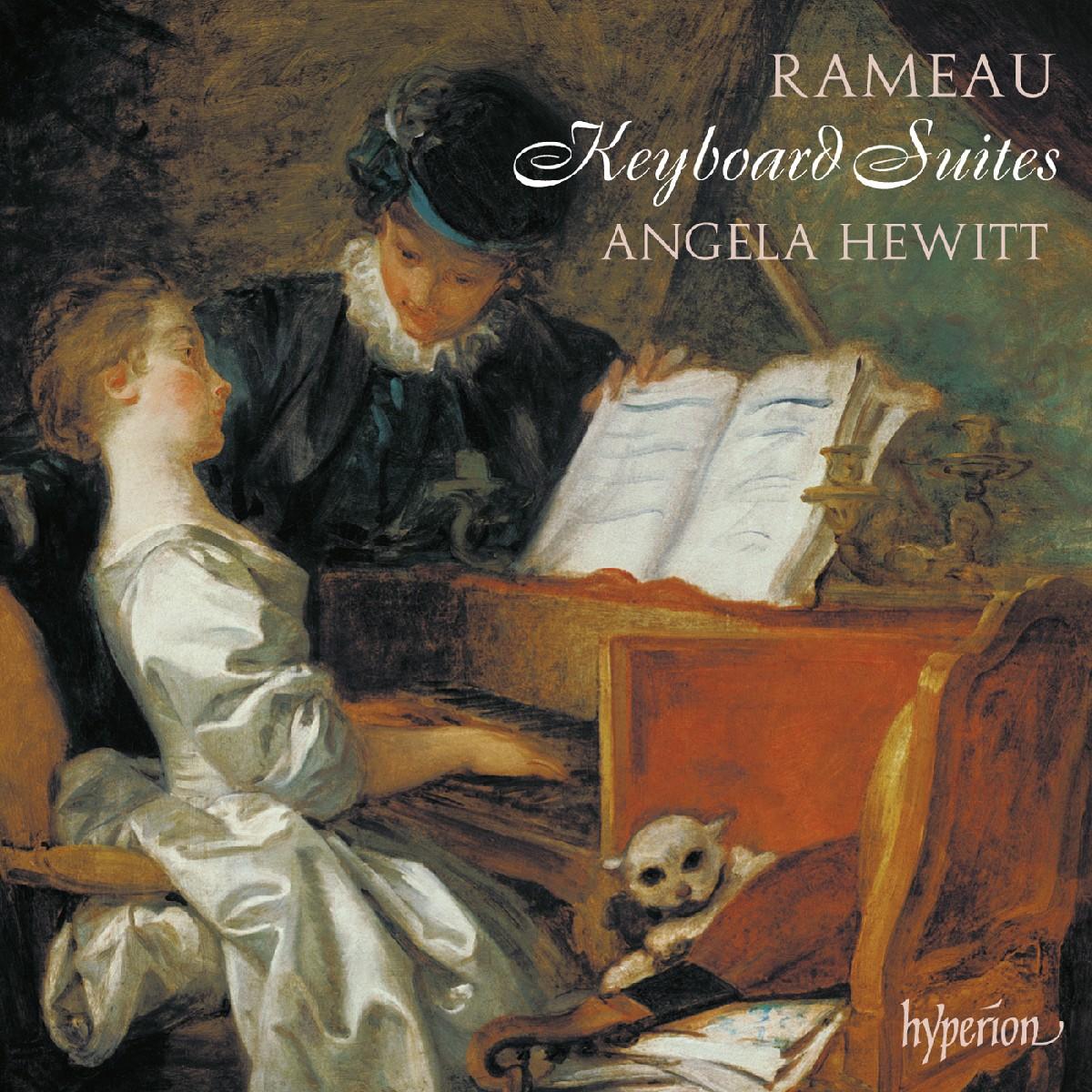 Hyperion's Record of the Month for January takes multi-award-winning Baroque legend Angela Hewitt to the elegantly refined French court of the early eighteenth century. Jean-Philippe Rameau topped the summit of the Musical Establishment—named Compositeur du Cabinet du Roi in 1745—yet his pedigree was hardly auspicious. For a time a travelling violinist, he held numerous undistinguished posts as provincial organist (rarely serving out his contract and on one occasion deliberately playing sufficiently badly to ensure his dismissal) before finally settling in Paris at the age of forty. Something of a theorist—his treatise On the Technique of the Fingers on the Harpsichord makes for essential reading—Rameau's intellectualism combines in his music to produce passion and tenderness, in his own words »true music … the language of the heart«. Some sixty keyboard works are known, gathered by key into five suites; Hewitt here performs three of them. Courtly dances (including the famous Tambourin) sit alongside more programmatic movements (such as Les sauvages—Rameau had just seen two Louisiana Indians performing at the theatre) in these engaging and deceptively catchy miniatures. Admirers of Angela Hewitt's acclaimed Bach and Couperin recordings will need no encouragement to sample these new delights. Angela Hewitt was named Artist of the Year at the Gramophone Awards 2006, capping a year of unparalleled success and recognition.

»She is, of course, a master pianist with the kind of refined finger technique and musical sensibility that can bring to Baroque music all the clarity of line and texture it needs...There is some wonderfully tender music-making« (Gramophone)

»I was quite taken aback by the sheer beauty of Angela Hewitt's new CD of three of his harpsichord suites, played on a magnificent Fazioli piano … I gained sheer pleasure from listening to this Hyperion release – beautiful sound and beautiful music« (Liverpool Daily Post)

»Like her Bach, her Rameau recordings demonstrate a fastidious heeding of the composer's intent, with meticulous ornamentation and articulation« (New York Times)

»Hewitt, performing on a favoured Fazioli piano, is on top form in these three keyboard suites by Ramea...U Speeds are steady, rhythms crisp and real singing tunes emerge from the harmonic weft...This interpretative level is maintained throughout the CD. The year is off to a flyer« (The Times)