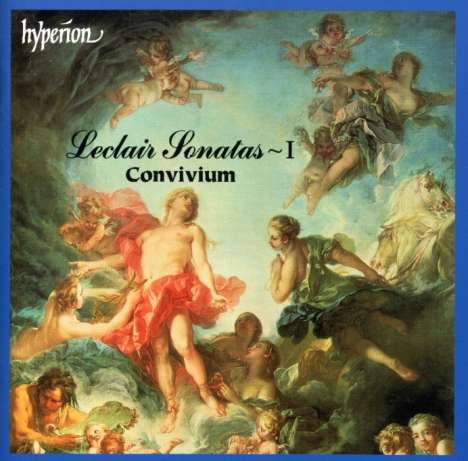 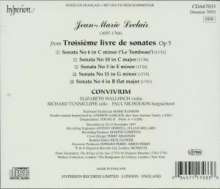 Jean-Marie Leclair is hardly the most typical composer from the late French Baroque: born and raised in Lyons rather than Paris, he was a professional dancer (and, indeed, lacemaker) before reaching his prime as a violinist; he spent much time out of France (including protracted stays in Turin and appointments in Holland and Spain); he became estranged from his second wife in his later years; and, most tantalizing of all, he was murdered in strange circumstances in his late sixties.

However, despite all these unusual factors he enjoyed an extremely successful career both as a performer and as a composer, with thirteen opuses printed before his death and two more posthumously. He found favour with the court of Louis XV and also worked for noble houses in The Netherlands and Spain.

It is clear from his music that Leclair was well acquainted with the remarkable violin writing of Locatelli, and the two had a celebrated contest in Germany. Certainly, there was no one else in France who matched both Leclair's virtuoso, idiomatic violin writing and his subtlety of compositional organization.

'This really is a very exciting project. I can't wait for the next disc!' (Early Music Review)