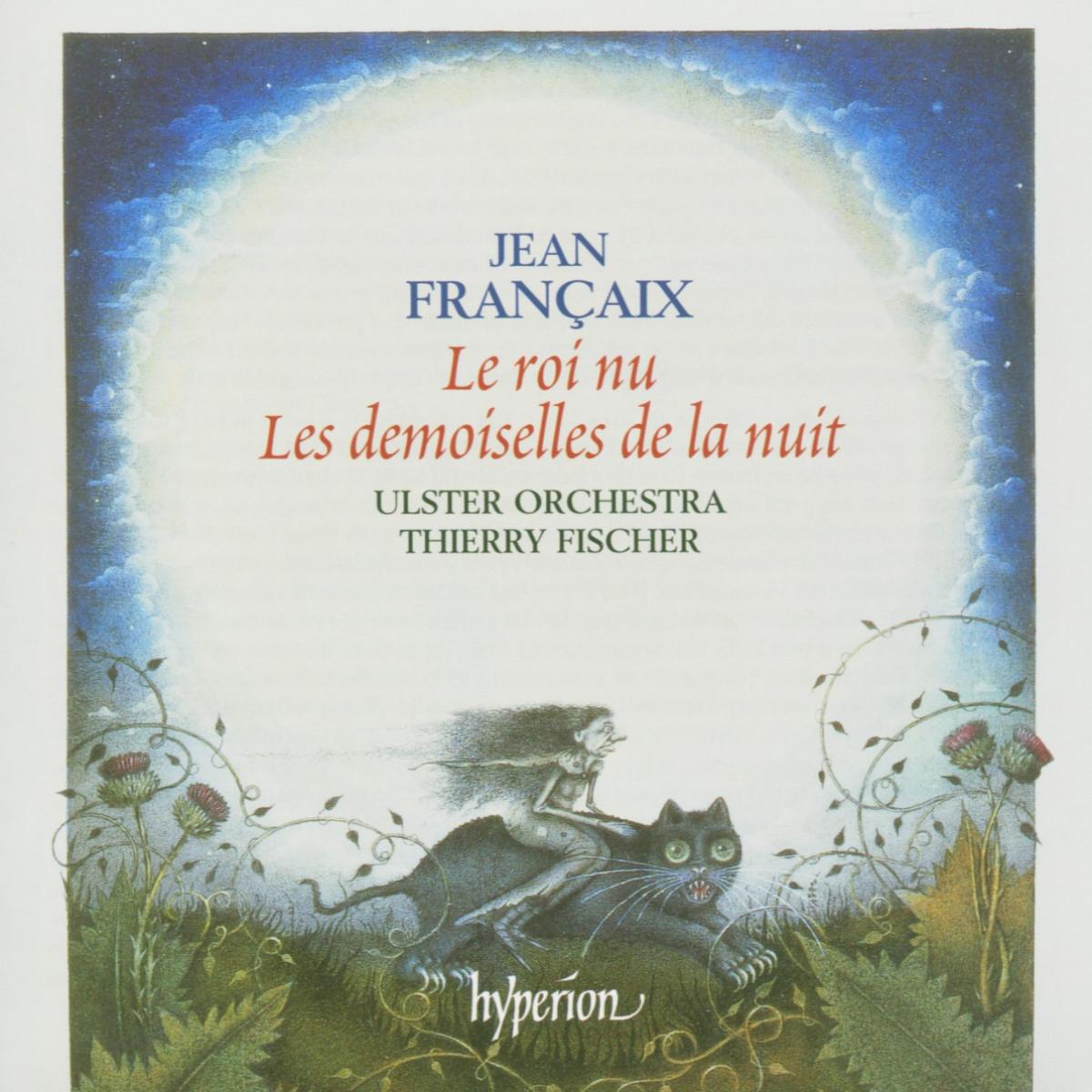 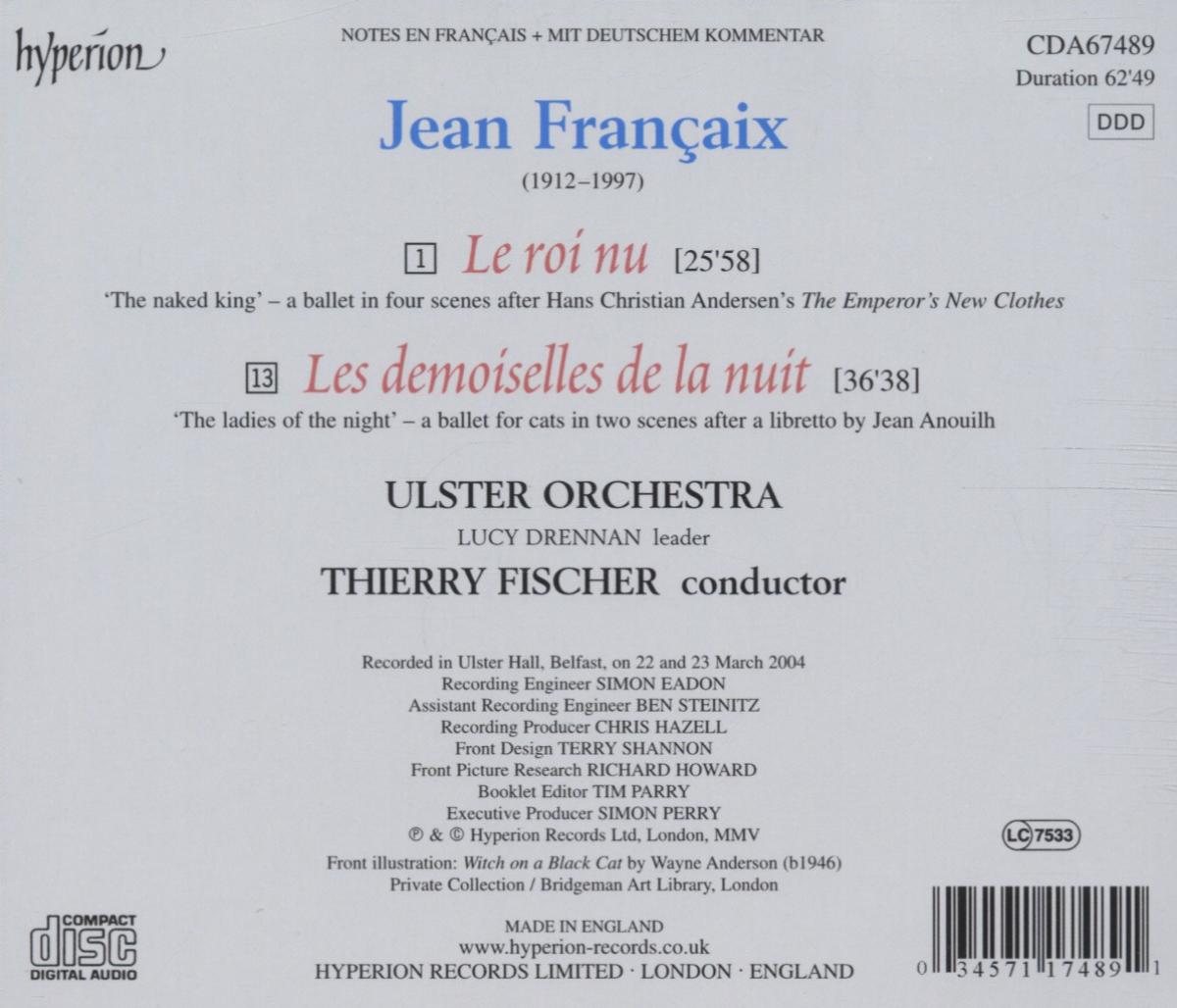 The third in our series of orchestral recordings featuring music by Jean Françaix perfectly encapsulates the world of this humorous, civilized and quintessentially French composer. Le roi nu, the fourth of Françaix’s nine ballet scores, paraphrases the story (by Hans Christian Andersen) of the emperor who allows himself to be fooled into parading around the court totally naked – pompous fanfares, witty orchestral asides and louche polkas abound as the action gently mocks the misguided monarch. Les demoiselles de la nuit is an altogether more moody affair (a facet even reflected at the Paris premiere when a young Margot Fonteyn initially refused to wear the required cat mask – ‘it wouldn’t be asked of me at Covent Garden!’ – to be met with a threat from the surrealist set-designer to burn down the theatre unless she complied) involving a beautiful young kitten in love with a (human) violinist who falls to his death cavorting on the rooftops. Needless to say, our genteel composer does not allow the gloom to persist, and the resulting ballet was rewarded with extended runs in London, Paris and New York.

'Thierry Fischer seems totally attuned to Françaix's idiom, and the engineers have captured the excellent acoustics of Belfast's Ulster Hallto colourful effect. The Ulster Orchestra plays with wit, point and vitality: it can rarely if ever have sounded better on record' (BBC Music Magazine)

'The playing throughout is sensitive and fully attentive to the varied rhythms, while the sound is clear and bright, bringing out Françaix's imaginative writing for individual instruments, especially the woodwind. The CD will not change opinions of Françaix; but it will surely suit those who already appreciate his style' (Gramophone)

'It's the conductor Thierry Fischer's third Françaix disc with the Ulster Orchestra, and the players now have the composer's style off to a T' (The Times)

'This is the third Françaix CD from Thierry Fischer and the Ulster Orchestra. I'll extend the praise they've already received from other reviewers by saying that these performances are polished and idiomatic. With their rhythmic point and colour, they invite the dance. The engineering is well balanced and not hyped' (International Record Review)