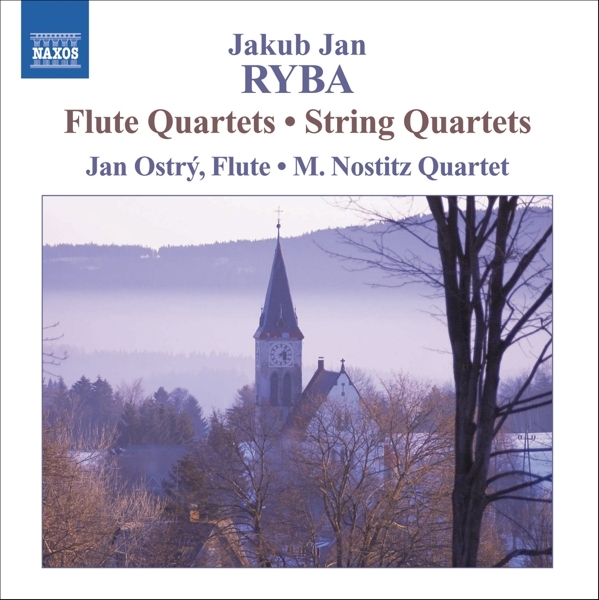 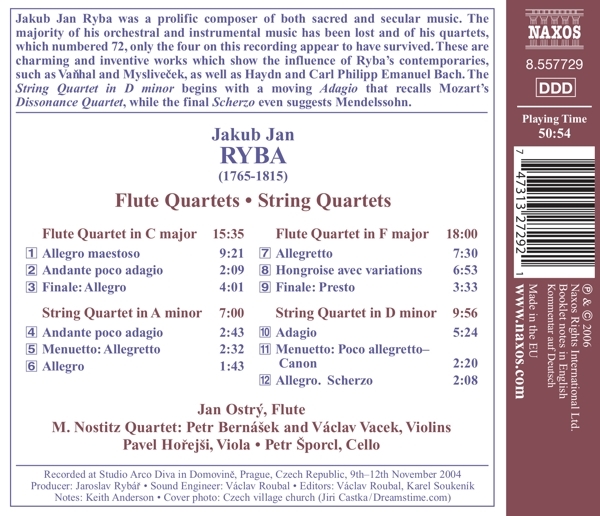 Bewertung:
Nur noch 1 Stück am Lager. Danach versandfertig innerhalb von 1-3 Tagen (soweit verfügbar beim Lieferanten)
EUR 9,99*
Versandkosten
Jakub Jan Ryba was a prolific composer of both sacred and secular music. The majority of his orchestral and instrumental music has been lost and of his quartets, which numbered 72, only the four on this recording appear to have survived. These are charming and inventive works which show the influence of Ryba's contemporaries, such as Vanhal and Myslivecek, as well as Haydn and Carl Philipp Emanuel Bach. The String Quartet in D minor begins with a moving Adagio that recalls Mozart's Dissonance Quartet, while the final Scherzo even suggests Mendelssohn.