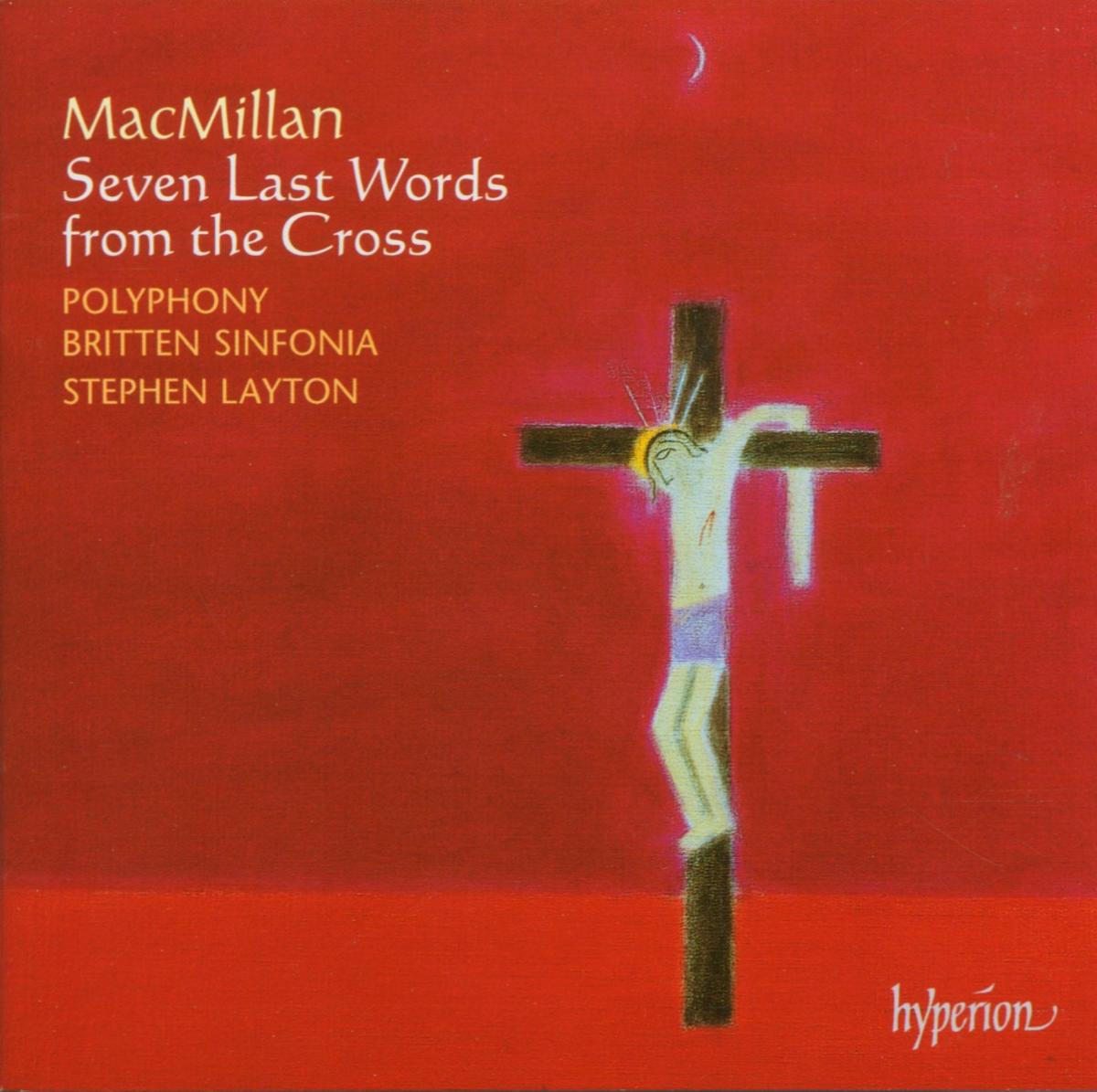 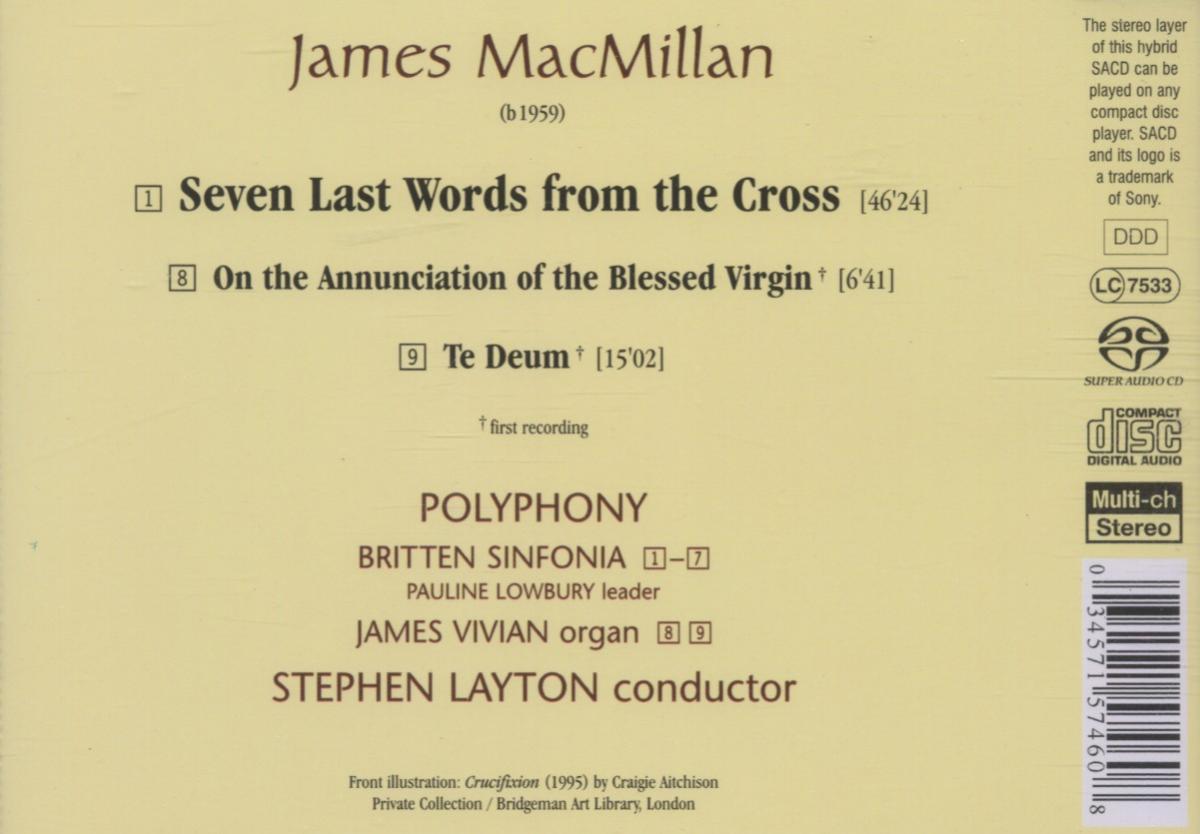 The Britten Sinfonia conducted by Stephen Layton portrays the ultimate dramatic event in history – the Crucifixion of Jesus Christ, expressed through the raw emotional power of one of Scotland’s most distinguished and vital composers, James MacMillan. His Seven Last Words from the Cross, first commissioned and screened by the BBC in 1994, depicts the final seven short sentences Jesus uttered, from the mesmerizing opening cadences to the final disturbing hammer-blows of the nails being driven into Christ’s hands and feet, leaving the listener to wonder at one of the choral masterpieces of our time. Many years ago the same choir recorded this work on the BMG Catalyst label – the recording was nominated for a Mercury Music Prize. Now ten years later their interpretation has developed and proves that Polyphony has risen to rank amongst the world’s finest professional choirs. Also presented on this disc are two premier recordings by the same composer. On the Annunciation of the Blessed Virgin for five-part choir and organ was written for the choir of Gonville and Caius College Cambridge in 1997 and is set to the stunning poetry about transformation by the seventeenth-century poet Jeremy Taylor; the Te Deum was written in 2001 to celebrate the Queen’s Golden Jubilee. In both works we have much of the essential MacMillan to savour making this issue indispensable for followers of both MacMillan and Polyphony. Also available in an astonishingly crisp hybrid SACD multichannel version.

'This stunning work, brilliantly performed by Stephen Layton's chamber choir Polyphony and the Britten Sinfonia, is something no serious lover of choral music should be without' (Birmingham Post)

'MacMillan has a tremendous gift for making the simple resonate; the 2001 Te Deum, a first recording, shows he also knows just how to freshen an ageing choral tradition. Some fantastic singing here; and glorious music' (The Times)

'James MacMillan's work is informed by his Catholic faith, but rarely has he communicated his spiritual message as effectively as in this large-scale piece. Perhaps Haydn's example has forced him to raise his game, or maybe it was the heartrending text: either way, this is a modern choral masterpiece, and Stephen Layton and his forces its ideal interpreters' (The Independent)

'In an ideal world, Hyperion's August disc of the month would sell by the truckload. The sheer quality of James MacMillan's Seven Last Words, the intensity of Stephen Layton's interpretation and the unrestrained, heartfelt performances of Polyphony and the Britten Sinfonia should guarantee critical acclaim' (Music Week)