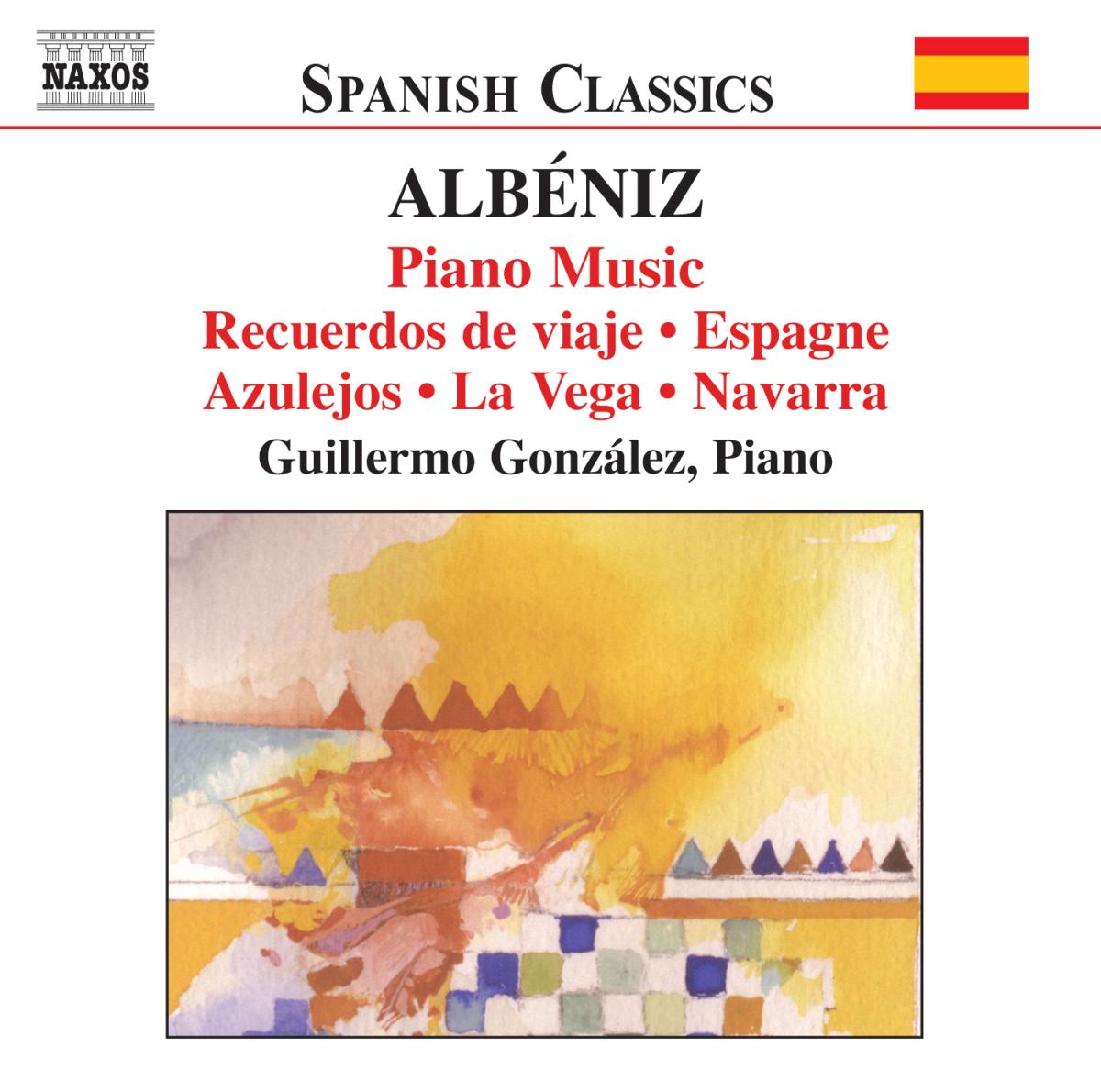 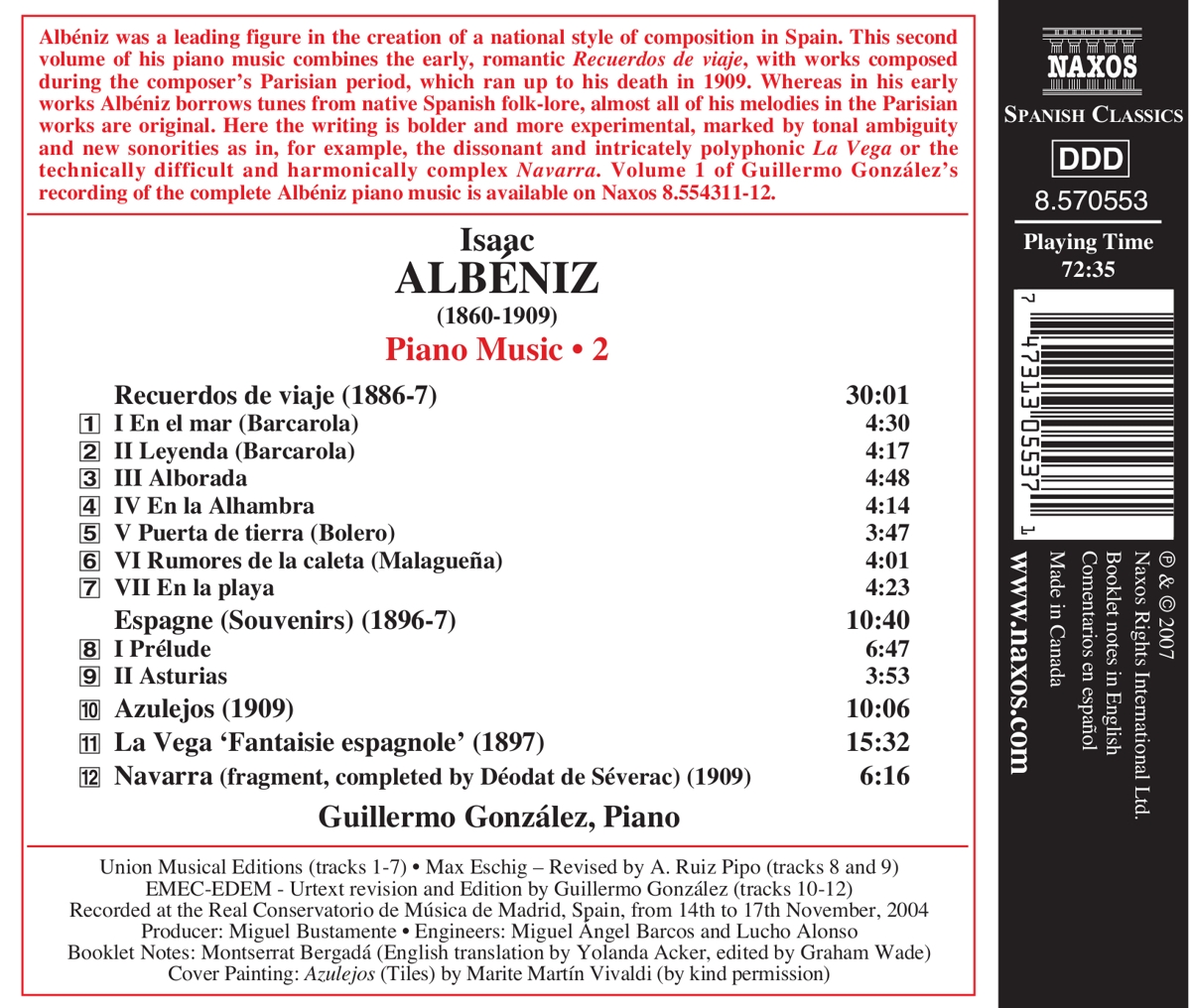 Bewertung:
umgehend lieferbar, Bestand beim Lieferanten vorhanden
EUR 9,99*
Versandkosten
Albéniz was a leading figure in the creation of a national style of composition in Spain. This second volume of his piano music combines the early, romantic Recuerdos de viaje, with works composed during the composer's Parisian period, which ran up to his death in 1909. Whereas in his early works Albéniz borrows tunes from native Spanish folk-lore, almost all of his melodies in the Parisian works are original. Here the writing is bolder and more experimental, marked by tonal ambiguity and new sonorities as in, for example, the dissonant and intricately polyphonic La Vega or the technically difficult and harmonically complex Navarra. Volume 1 of Guillermo González's recording of the complete Albéniz piano music is available on Naxos 8.554311-12.