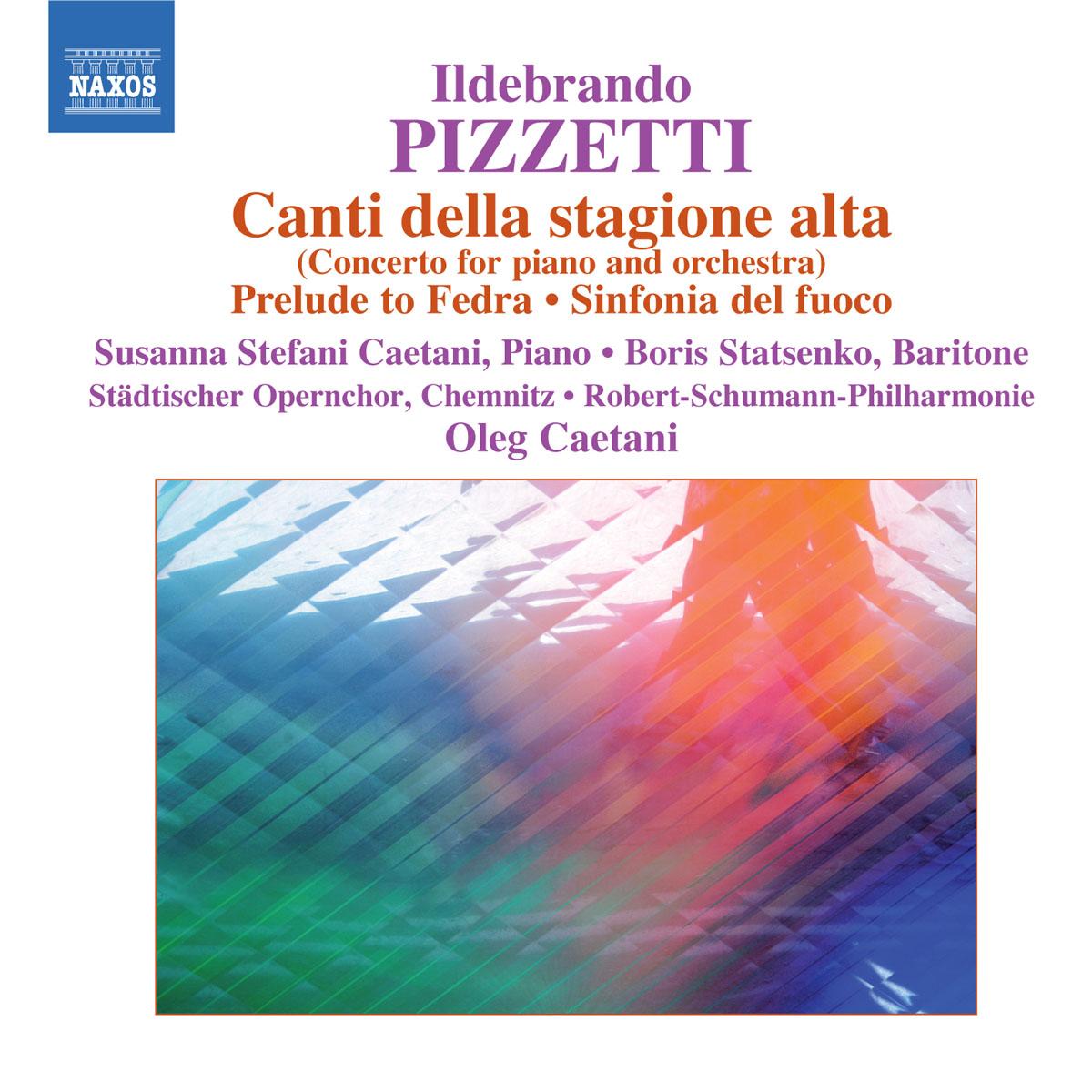 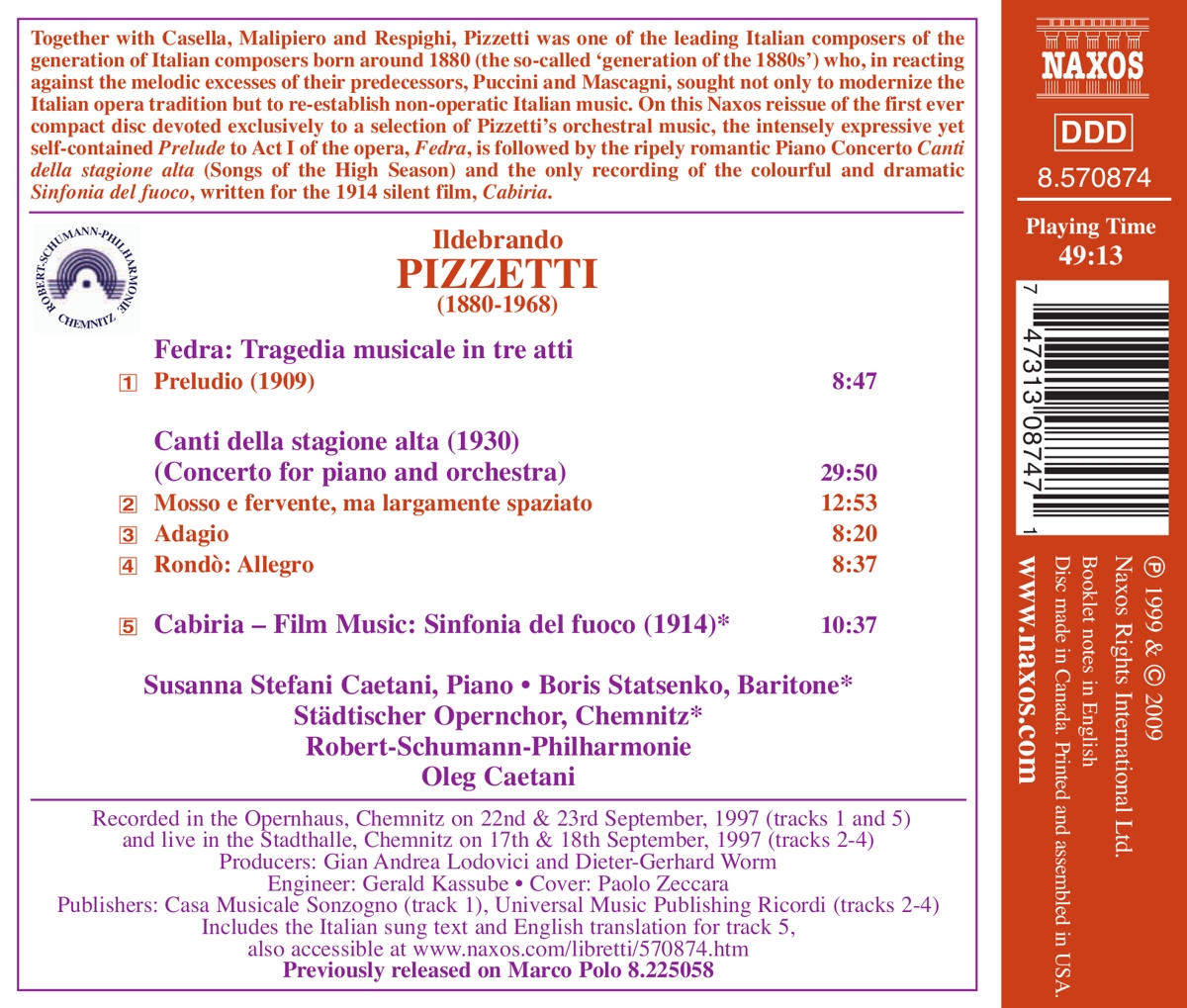 Bewertung:
umgehend lieferbar, Bestand beim Lieferanten vorhanden
EUR 12,99*
Versandkosten
Together with Casella, Malipiero and Respighi, Pizzetti was one of the leading Italian composers of the generation of Italian composers born around 1880 (the so-called 'generation of the 1880s') who, in reacting against the melodic excesses of their predecessors, Puccini and Mascagni, sought not only to modernize the Italian opera tradition but to re-establish non-operatic Italian music. On this Naxos reissue of the first ever compact disc devoted exclusively to a selection of Pizzetti's orchestral music, the intensely expressive yet self-contained Prelude to Act I of the opera, Fedra, is followed by the ripely romantic Piano Concerto Canti della stagione alta (Songs of the High Season) and the only recording of the colourful and dramatic Sinfonia del fuoco, written for the 1914 silent film, Cabiria.