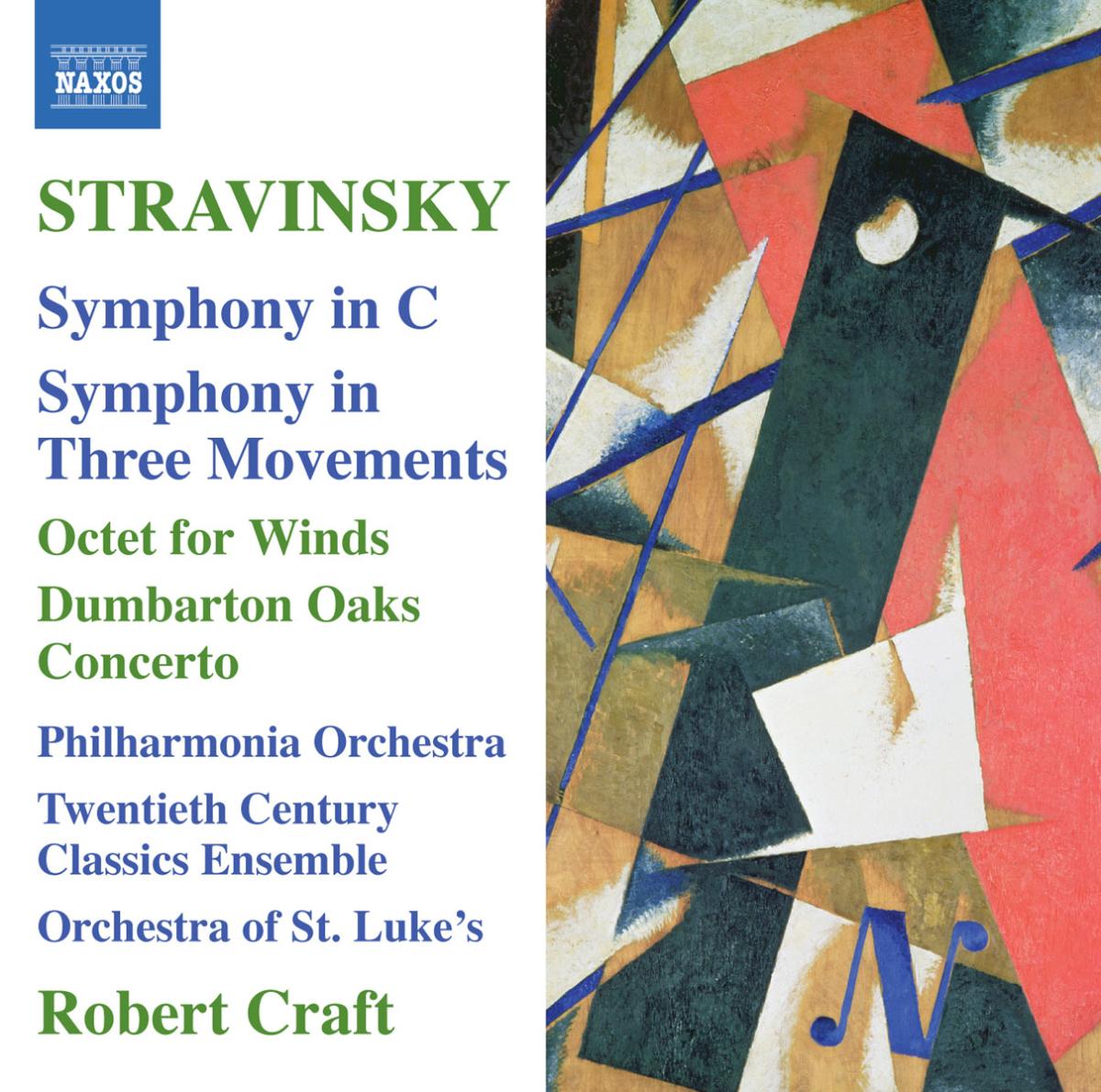 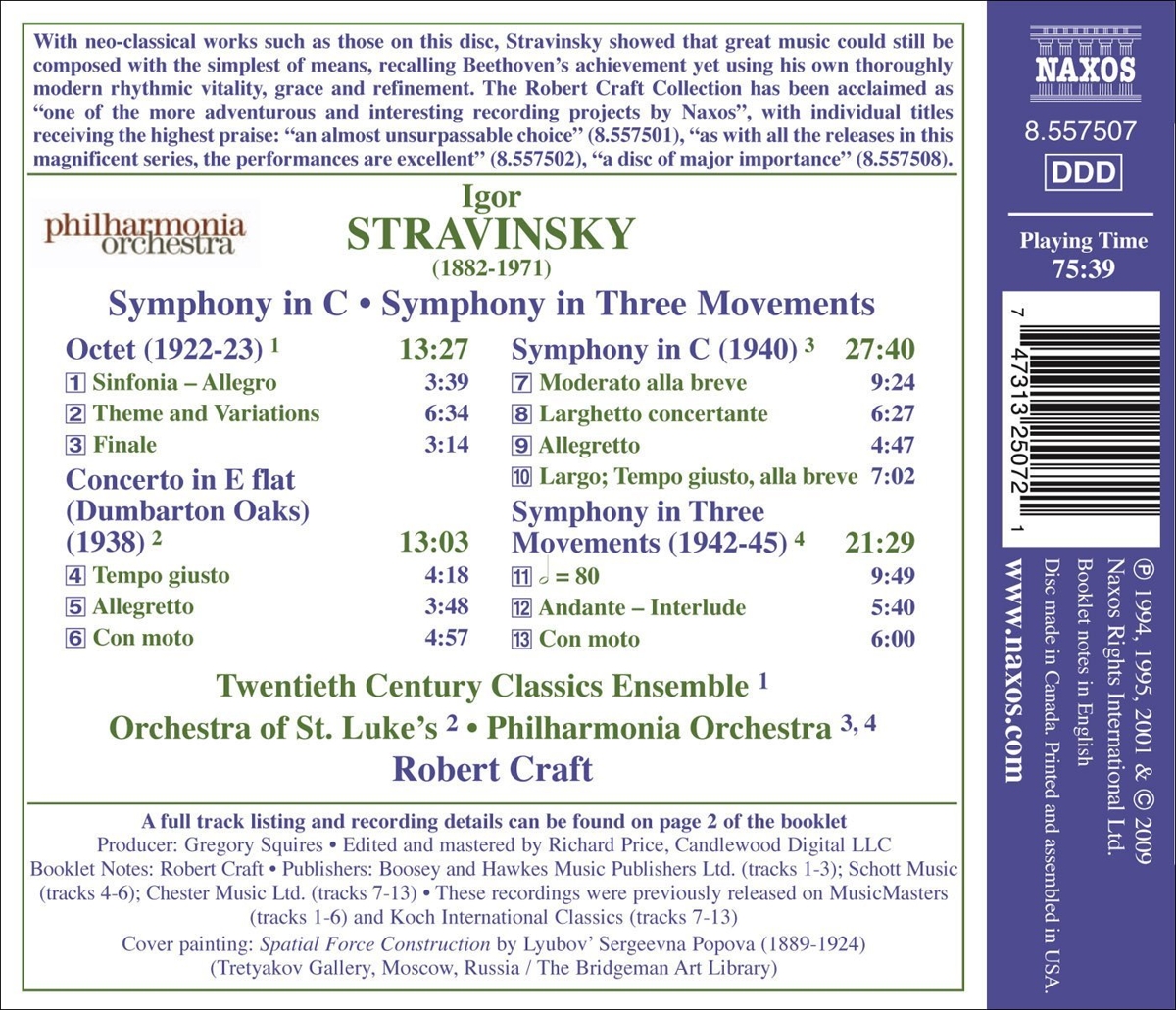 Bewertung:
umgehend lieferbar, Bestand beim Lieferanten vorhanden
EUR 12,99*
Versandkosten
With neo-classical works such as those on this disc, Stravinsky showed that great music could still be composed with the simplest of means, recalling Beethoven's achievement yet using his own thoroughly modern rhythmic vitality, grace and refinement. The Robert Craft Collection has been acclaimed as "one of the more adventurous and interesting recording projects by Naxos", with individual titles receiving the highest praise: "an almost unsurpassable choice" (8.557501), "as with all the releases in this magnificent series, the performances are excellent" (8.557502), "a disc of major importance" (8.557508)."