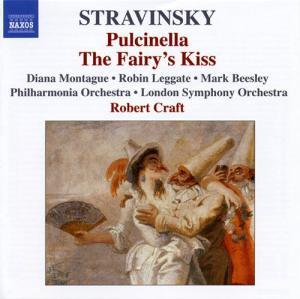 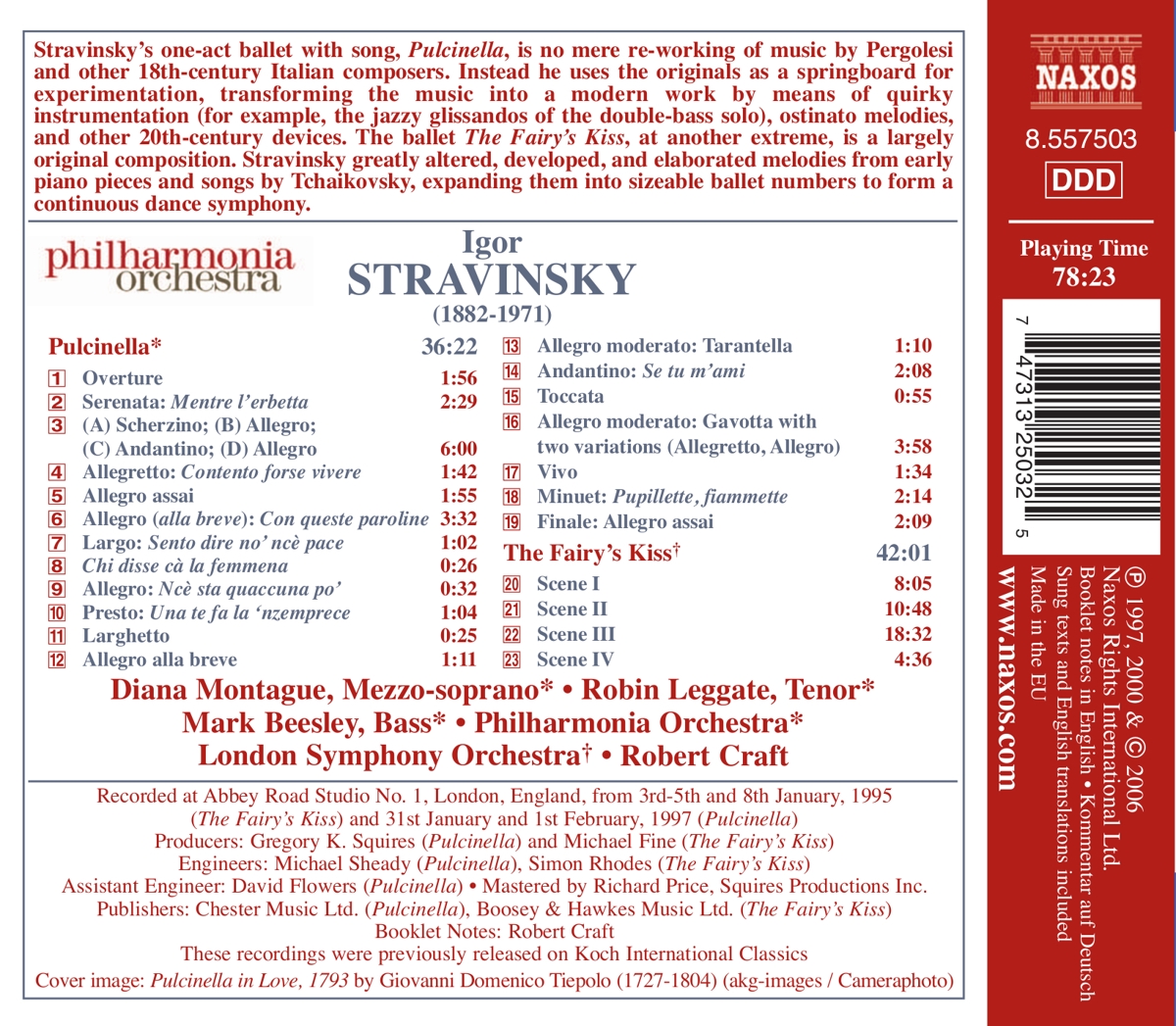 Bewertung:
umgehend lieferbar, Bestand beim Lieferanten vorhanden
EUR 9,99*
Stravinsky's one-act ballet with song, Pulcinella, is no mere re-working of music by Pergolesi and other 18th-century Italian composers. Instead he uses the originals as a springboard for experimentation, transforming the music into a modern work by means of quirky instrumentation (for example, the jazzy glissandos of the double-bass solo), ostinato melodies, and other 20th-century devices. The ballet The Fairy's Kiss, at another extreme, is a largely original composition. Stravinsky greatly altered, developed, and elaborated melodies from early piano pieces and songs by Tchaikovsky, expanding them into sizeable ballet numbers to form a continuous dance symphony.