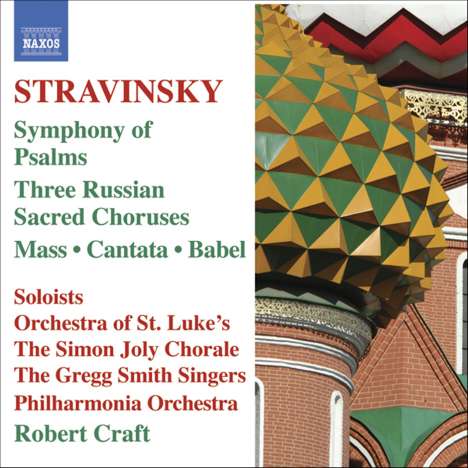 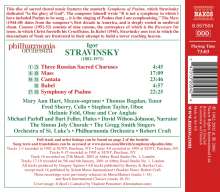 umgehend lieferbar, Bestand beim Lieferanten vorhanden
EUR 12,99*
Versandkosten
This disc of sacred choral music features the masterly Symphony of Psalms, which Stravinsky dedicated "to the glory of God". The composer himself wrote:"It is not a symphony in which I have included Psalms to be sung ... it is the singing of Psalms that I am symphonising." The Mass (1944-48) dates from the composer's first decade in America, and is deeply rooted in medieval chant. Cantata (1951-52) consists of nine canons, the centrepiece of which is the Ricercare for tenor, in which Christ foretells his Crucifixion. In Babel (1944), Stravinsky uses text in which the descendants of Noah are frustrated in their attempt to build a tower reaching heaven.