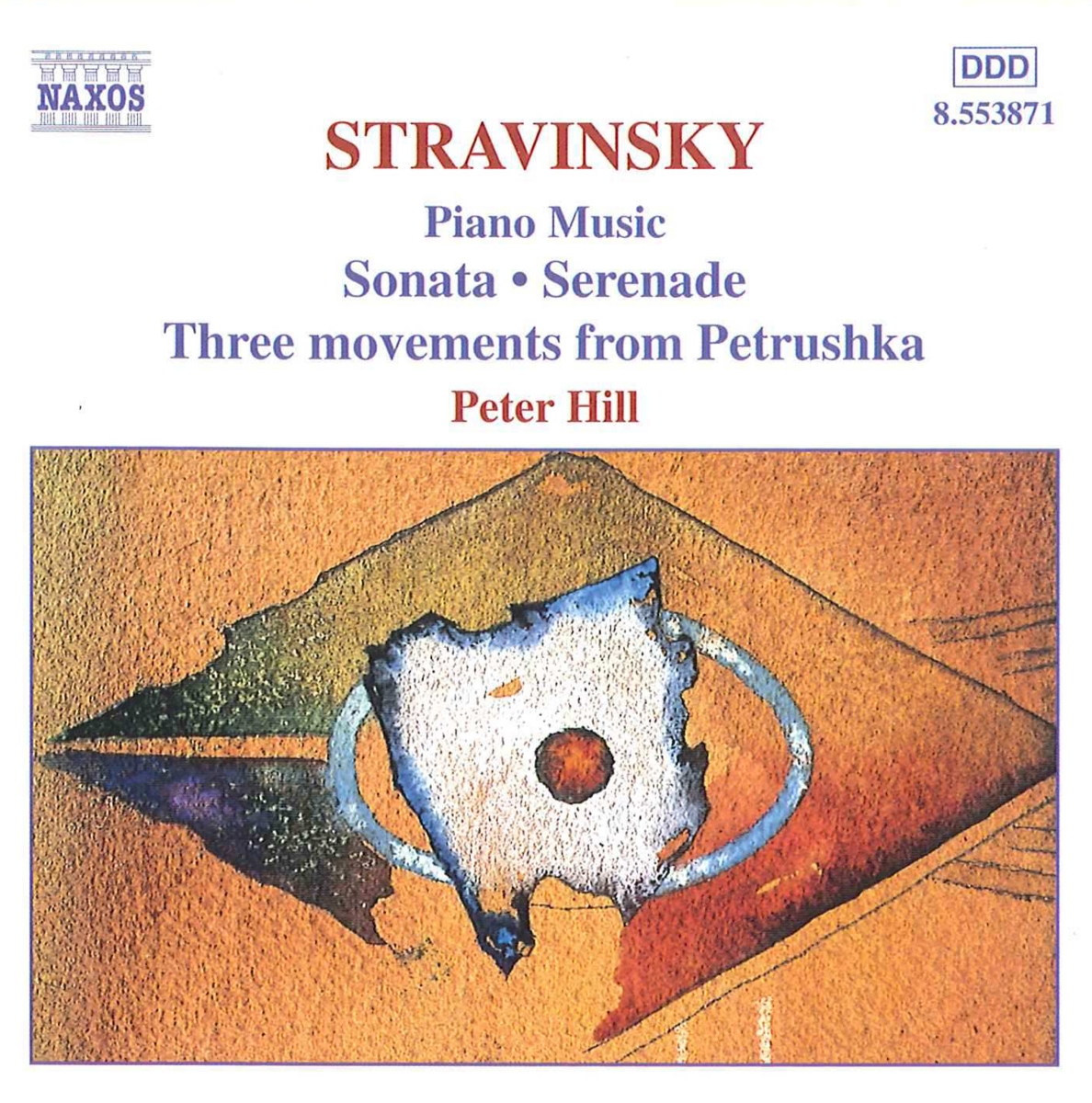 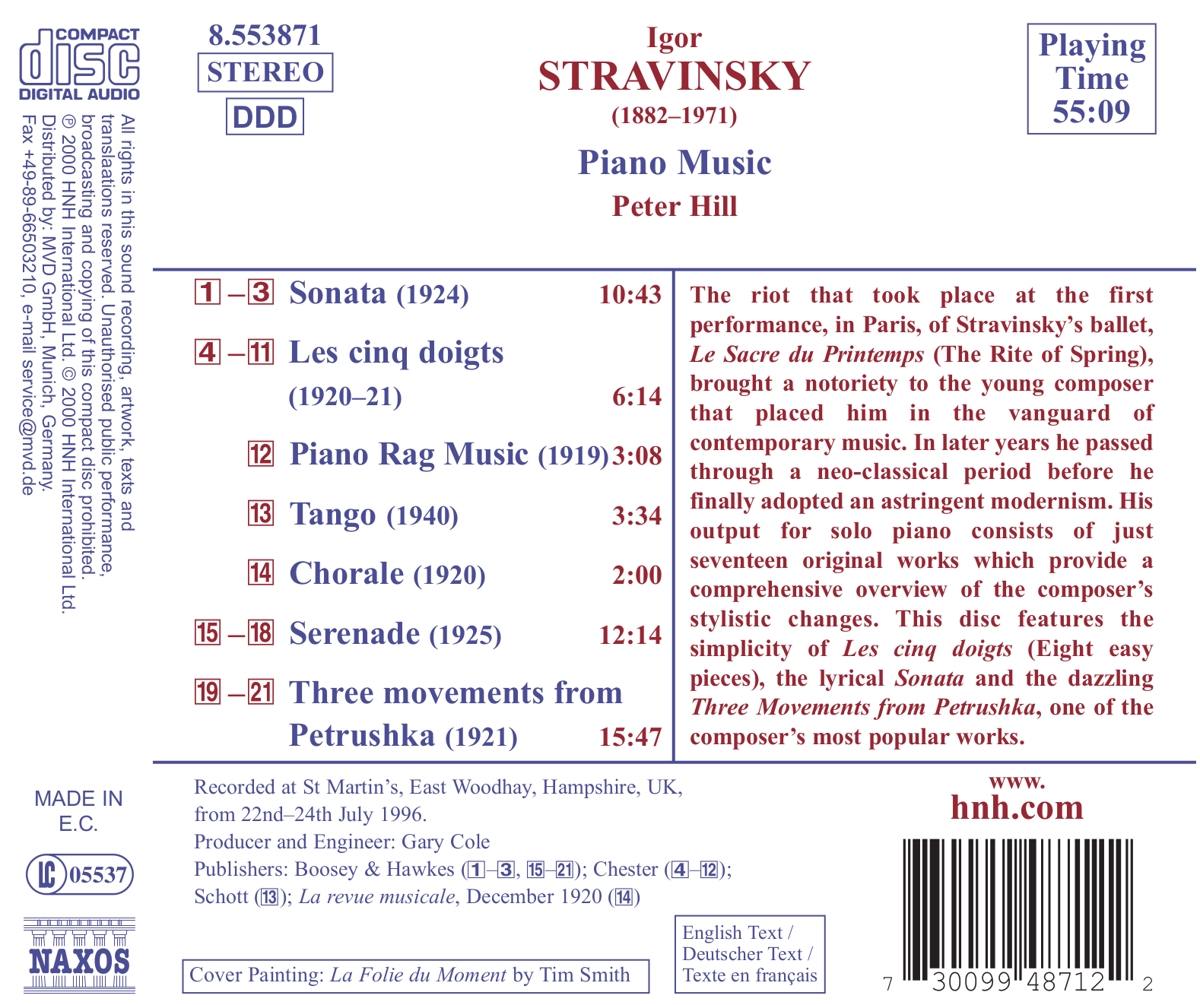 Bewertung:
umgehend lieferbar, Bestand beim Lieferanten vorhanden
EUR 9,99*
Versandkosten
The riot that took place at the first performance, in Paris, of Stravinsky's ballet, Le Sacre du Printemps (The Rite of Spring), brought a notoriety to the young composer that placed him in the vanguard of contemporary music. In later years he passed through a neo-classical period before he finally adopted an astringent modernism. His output for solo piano consists of just seventeen original works which provide a comprehensive overview of the composer's stylistic changes. This disc features the simplicity of Les cinq doigts (Eight easy pieces), the lyrical Sonata and the dazzling Three Movements from Petrushka, one of the composer's most popular works.