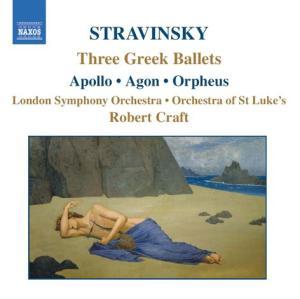 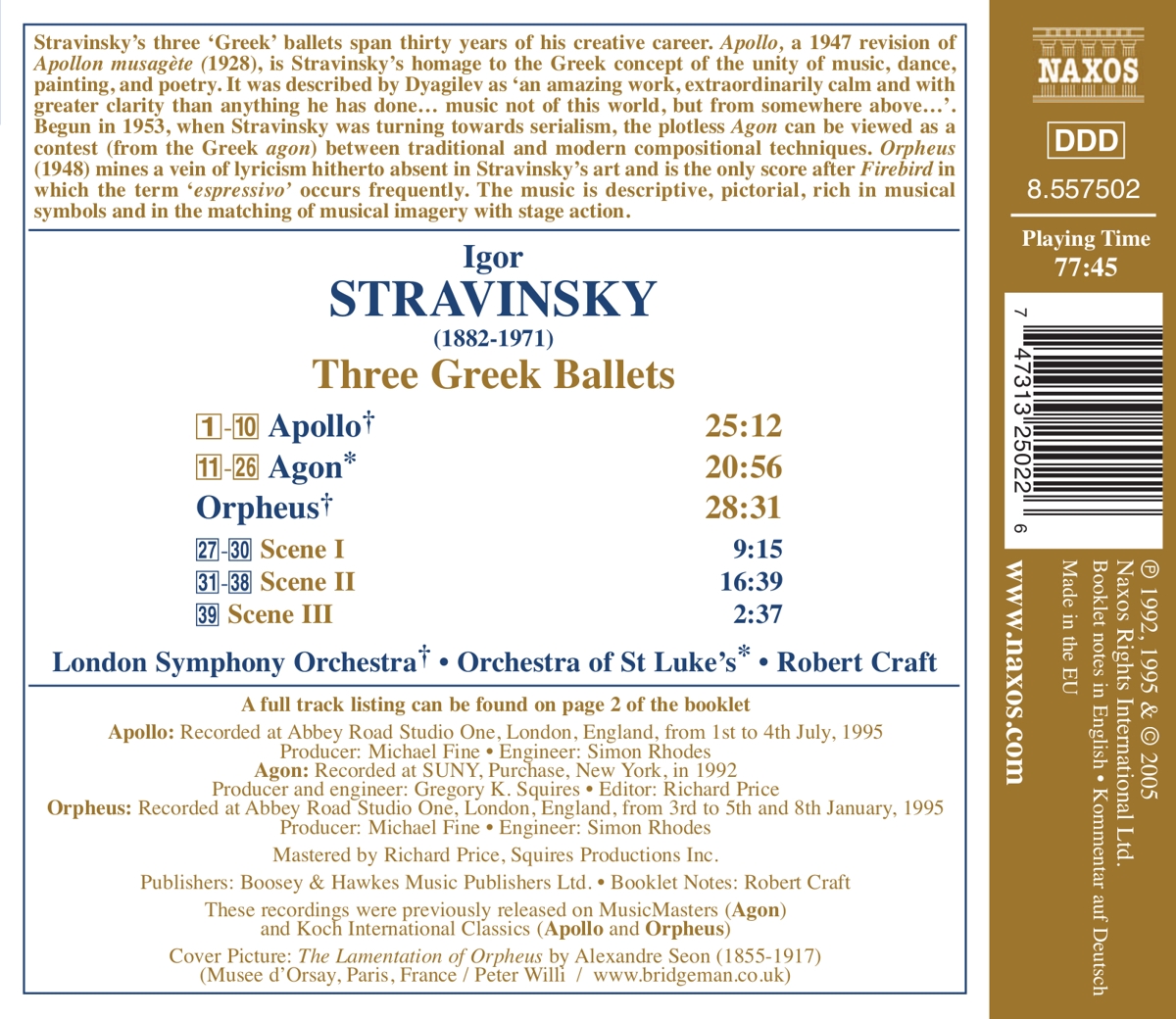 Bewertung:
umgehend lieferbar, Bestand beim Lieferanten vorhanden
EUR 12,99*
Versandkosten
Stravinsky's three 'Greek' ballets span thirty years of his creative career. Apollo, a 1947 revision of Apollon musagète (1928), is Stravinsky's homage to the Greek concept of the unity of music, dance, painting, and poetry. It was described by Dyagilev as 'an amazing work, extraordinarily calm and with greater clarity than anything he has done... music not of this world, but from somewhere above...'. Begun in 1953, when Stravinsky was turning towards serialism, the plotless Agon can be viewed as a contest (from the Greek agon) between traditional and modern compositional techniques. Orpheus (1948) mines a vein of lyricism hitherto absent in Stravinsky's art and is the only score after Firebird in which the term 'espressivo' occurs frequently. The music is descriptive, pictorial, rich in musical symbols and in the matching of musical imagery with stage action.