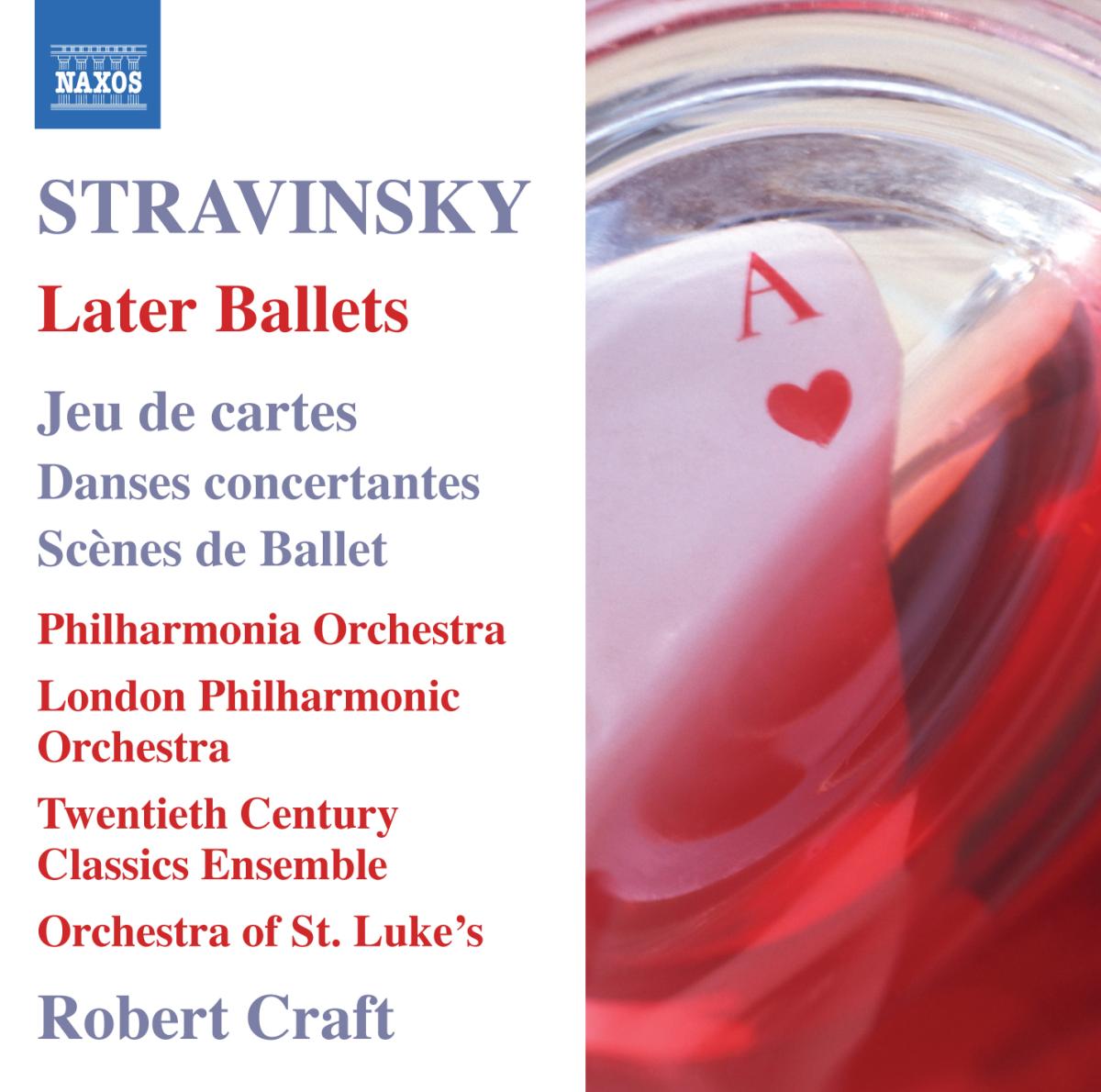 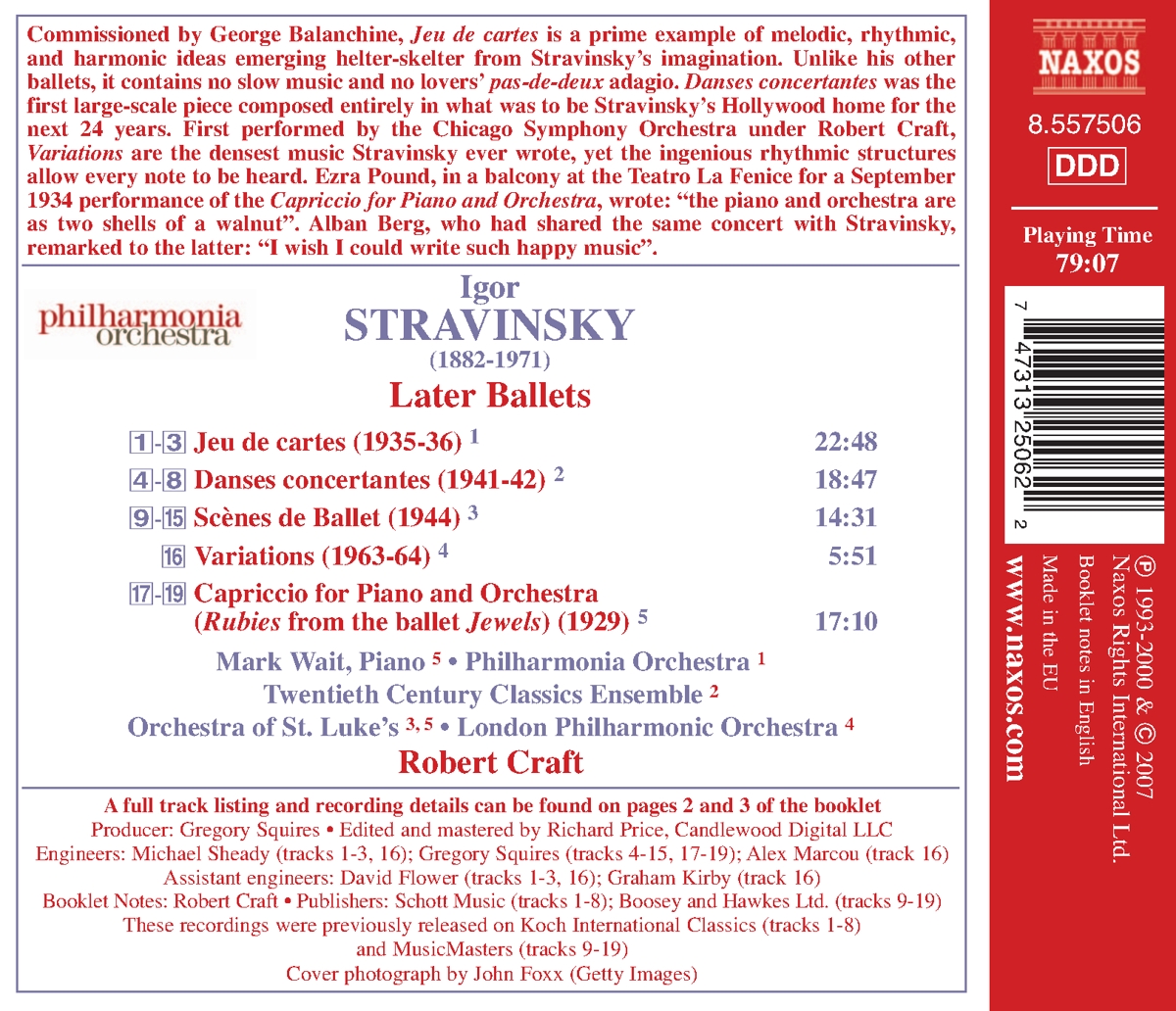 Bewertung:
Nur noch 1 Stück am Lager. Danach versandfertig innerhalb einer Woche (soweit verfügbar beim Lieferanten)
EUR 12,99*
Versandkosten
Commissioned by George Balanchine, Jeu de cartes is a prime example of melodic, rhythmic, and harmonic ideas emerging helter-skelter from Stravinsky's imagination. Unlike his other ballets, it contains no slow music and no lovers' pas-de-deux adagio. Danses concertantes was the first large-scale piece composed entirely in what was to be Stravinsky's Hollywood home for the next 24 years. First performed by the Chicago Symphony Orchestra under Robert Craft, Variations are the densest music Stravinsky ever wrote, yet the ingenious rhythmic structures allow every note to be heard. Ezra Pound, in a balcony at the Teatro La Fenice for a September 1934 performance of the Capriccio for Piano and Orchestra, wrote: »the piano and orchestra are as two shells of a walnut«. Alban Berg, who had shared the same concert with Stravinsky, remarked to the latter: »I wish I could write such happy music«.