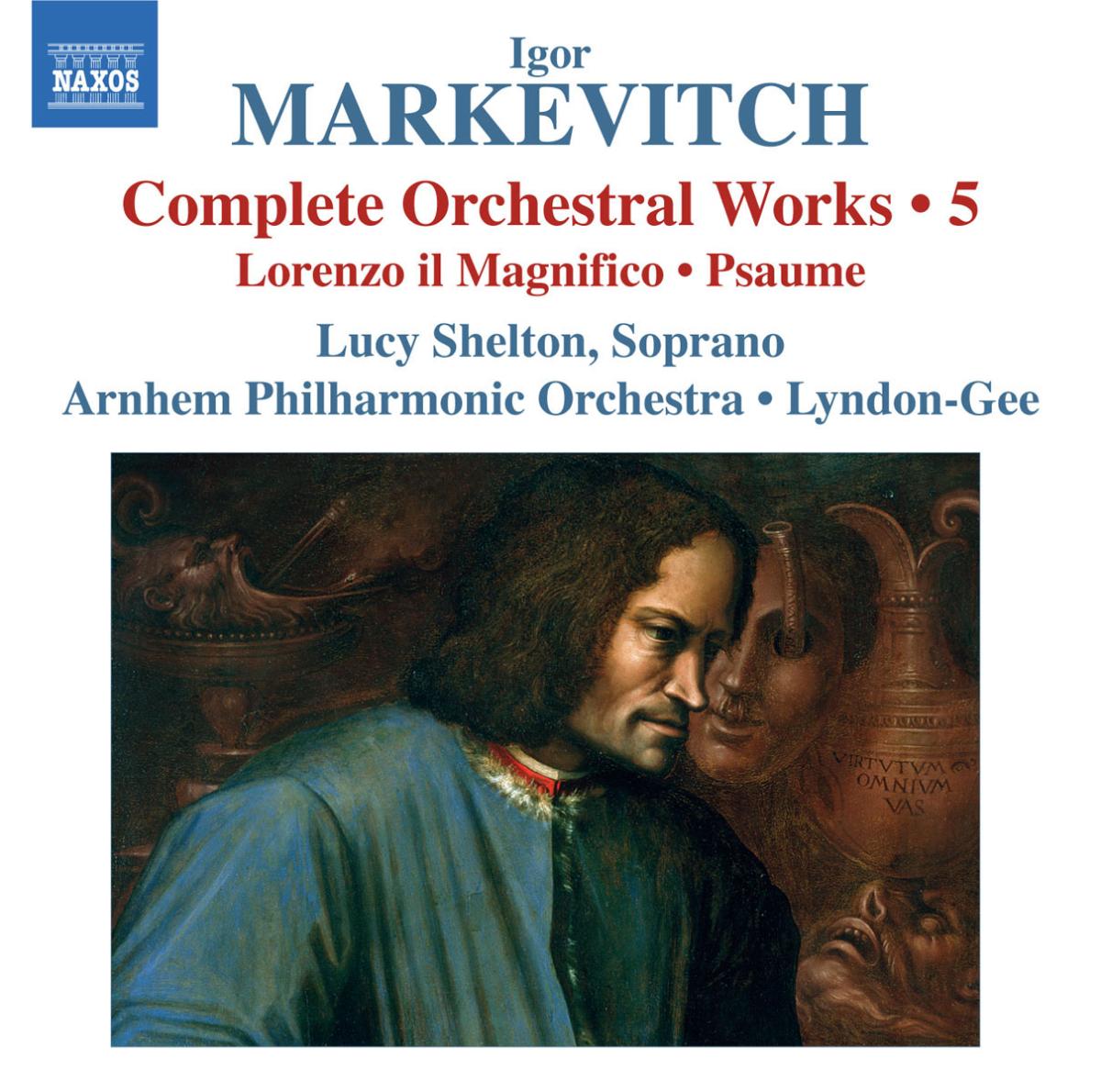 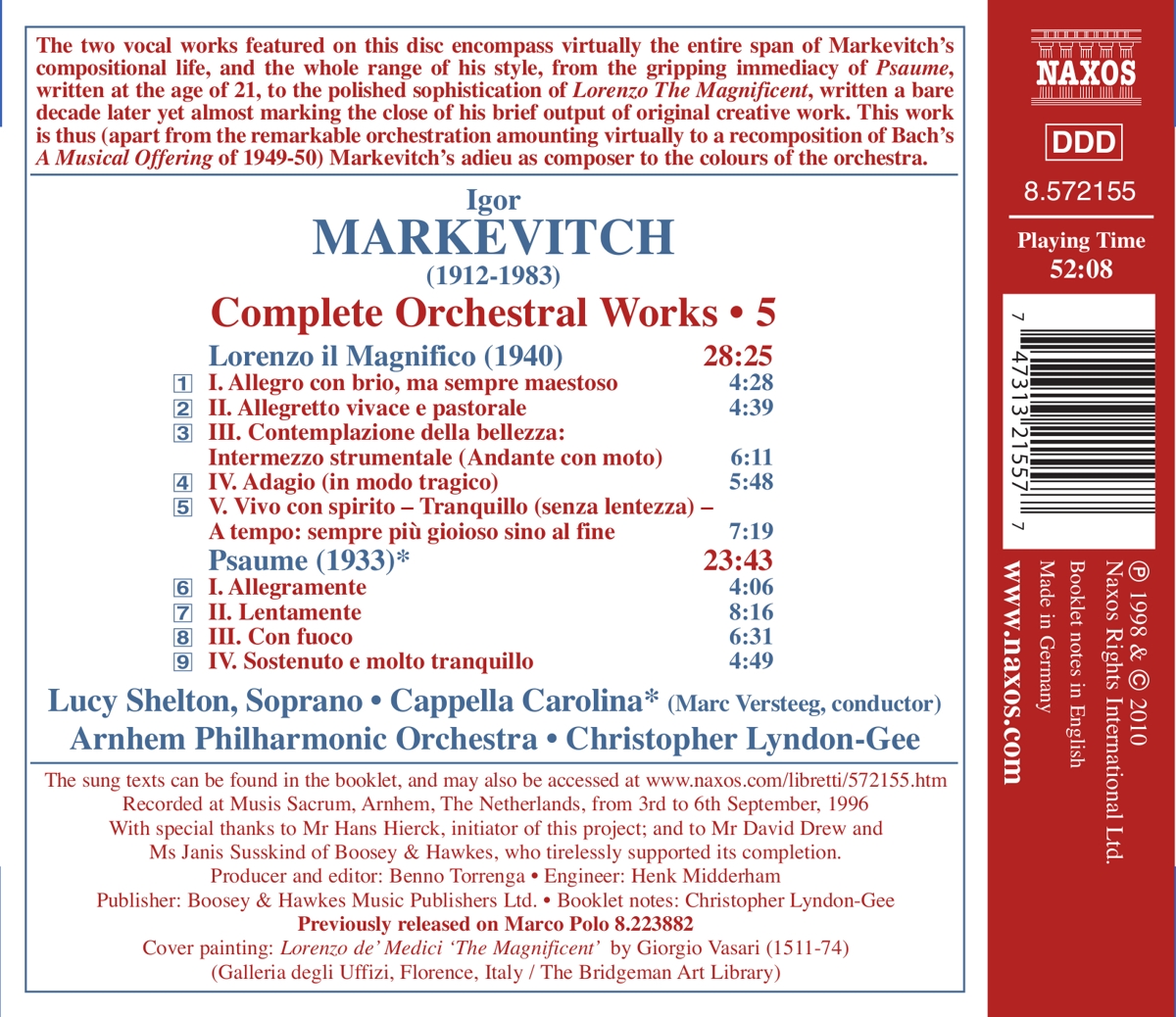 Bewertung:
umgehend lieferbar, Bestand beim Lieferanten vorhanden
EUR 12,99*
Versandkosten
The two vocal works featured on this disc encompass virtually the entire span of Markevitch's compositional life, and the whole range of his style, from the gripping immediacy of Psaume, written at the age of 21, to the polished sophistication of Lorenzo The Magnificent, written a bare decade later yet almost marking the close of his brief output of original creative work. This work is thus (apart from the remarkable orchestration amounting virtually to a recomposition of Bach's A Musical Offering of 1949-50) Markevitch's adieu as composer to the colours of the orchestra. Previously released on Marco Polo 8.223882.