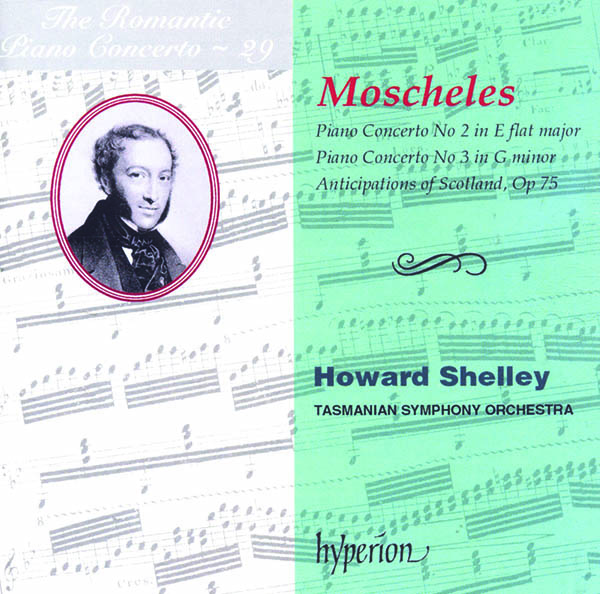 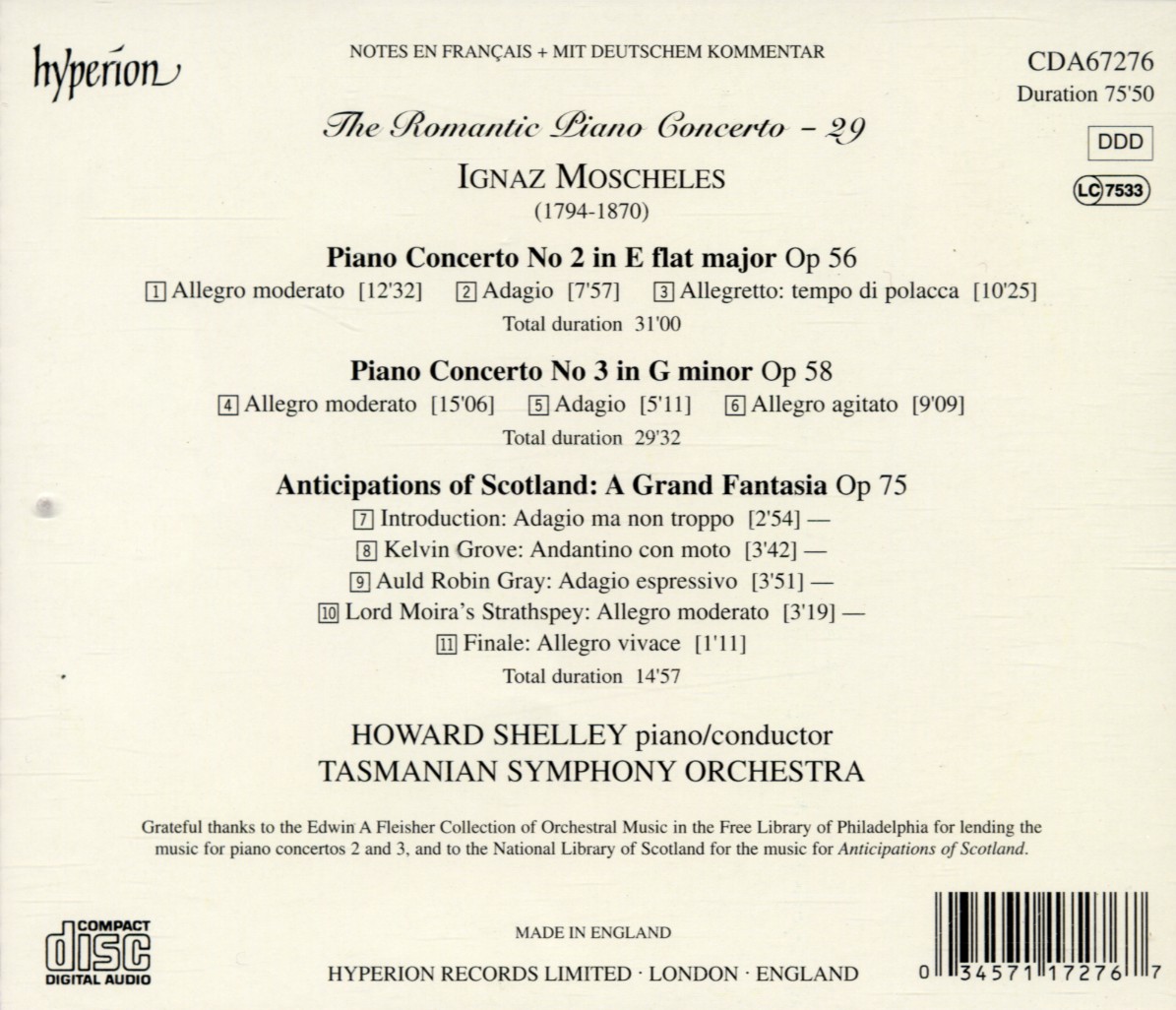 With this 29th volume in the Romantic Piano Concerto series we commence a cycle of three CDs that we hope will include all eight of Moscheles' piano concertos. It also marks the start of our exploration of concertos from the earlier part of the 19th century, which we have so far rather neglected.

Moscheles, though born in Prague, was a truly cosmopolitan figure. He studied in Vienna and then, after a short stay in Paris, settled in London for over 20 years before returning in 1846 to Leipzig where he spent the rest of his life. His musical roots were in the Viennese classics of Mozart and Beethoven and he was one of many pianist composers (other examples being Hummel and Kalkbrenner) who bridged the gap between the classical and the Romantic period but who were forgotten when the next wave of revolutionaries (Chopin, Liszt, Schumann) arrived. His concertos were written in the 1820's and 30's (the last in 1838) and therefore more than half were actually written in England. The first five (including the two here recorded) follow the traditional three movement pattern whereas the last three are shorter more thematically connected works, the third is undoubtedly his most famous and it remained in the repertoire throughout the 19th century.

Anticipations of Scotland is a pot-pourri of Scottish folk tunes that Moscheles wrote for performance in concerts he gave in Edinburgh in 1827.

We are delighted that Hyperion artist of old Howard Shelley has returned to us for this cycle of concertos. The wonderful understanding he has shown of Mozart and Hummel make him the ideal interpreter of this music in which he directs the Tasmanian Symphony Orchestra, of which he is a regular guest conductor, from the keyboard.

'Howard Shelley … in his triple role of pianist, conductor and producer, offers yet another disc of aristocratic brilliance and distinction' (Gramophone)