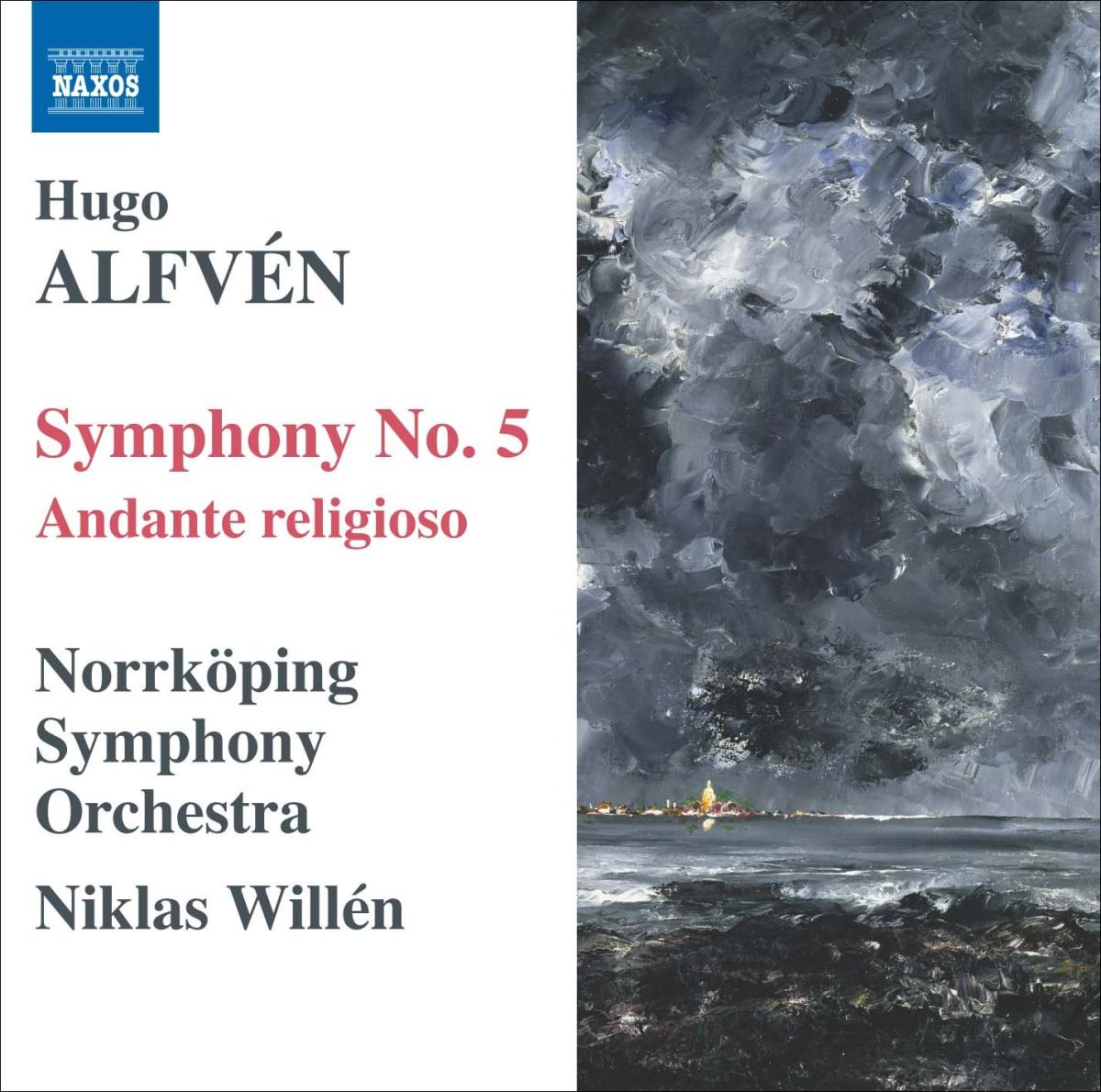 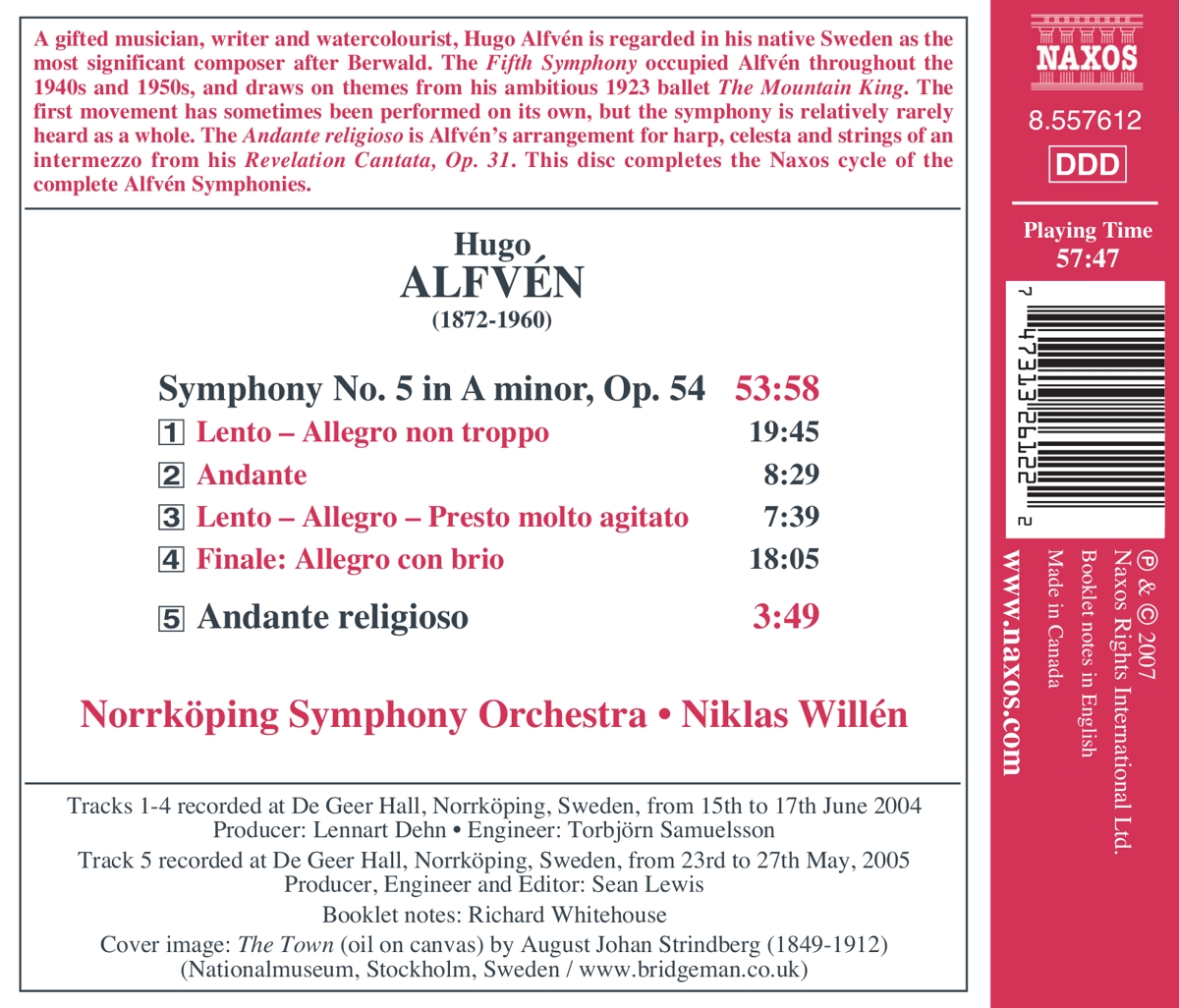 Bewertung:
umgehend lieferbar, Bestand beim Lieferanten vorhanden
EUR 12,99*
Versandkosten
A gifted musician, writer and watercolourist, Hugo Alfvén is regarded in his native Sweden as the most significant composer after Berwald. The Fifth Symphony occupied Alfvén throughout the 1940s and 1950s, and draws on themes from his ambitious 1923 ballet The Mountain King. The first movement has sometimes been performed on its own, but the symphony is relatively rarely heard as a whole. The Andante religioso is Alfvén's arrangement for harp, celesta and strings of an intermezzo from his Revelation Cantata, Op. 31. This disc completes the Naxos cycle of the complete Alfvén Symphonies.