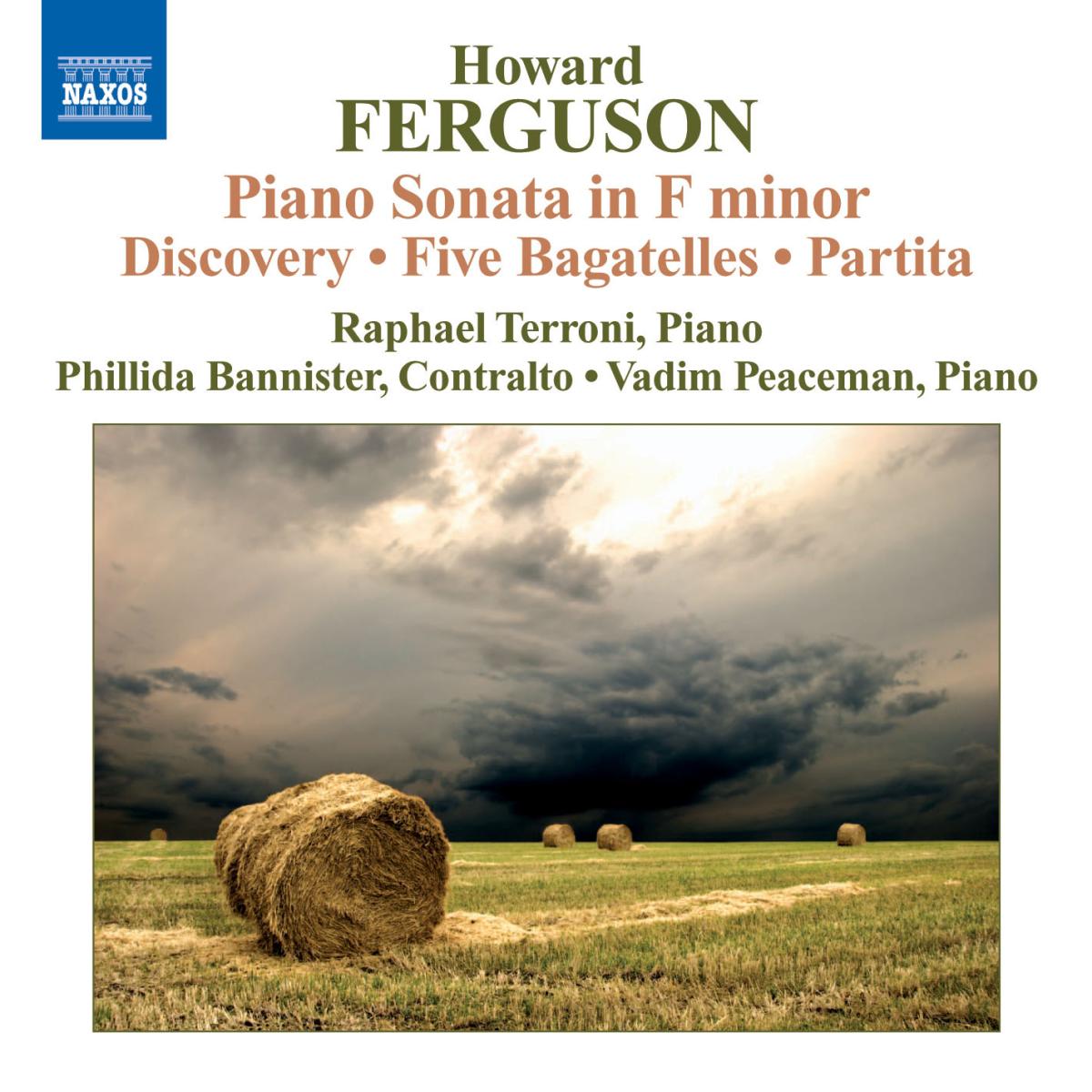 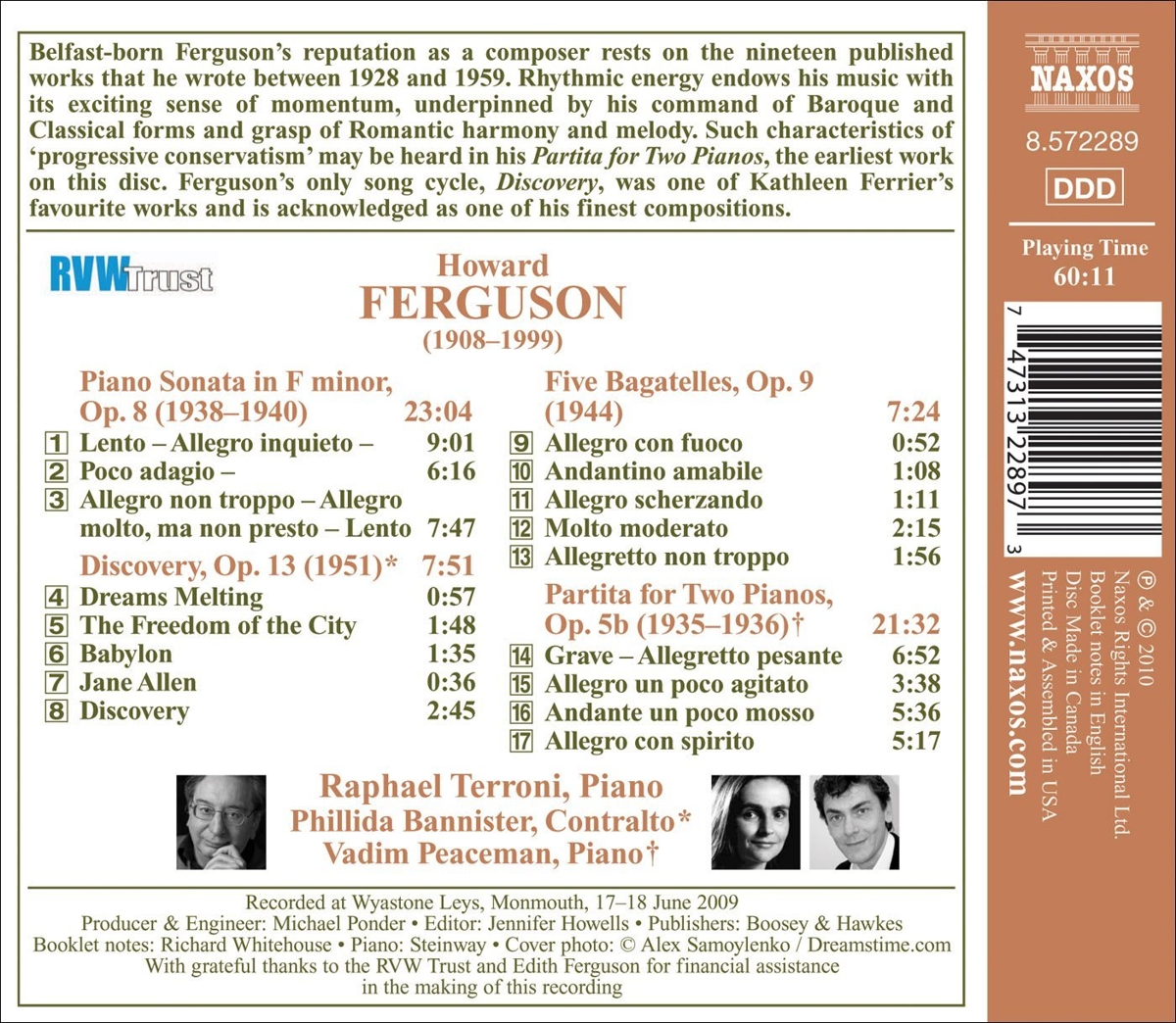 Bewertung:
lieferbar innerhalb einer Woche
(soweit verfügbar beim Lieferanten)
EUR 9,99*
Versandkosten
Belfast-born Ferguson's reputation as a composer rests on the nineteen published works that he wrote between 1928 and 1959. Rhythmic energy endows his music with its exciting sense of momentum, underpinned by his command of Baroque and Classical forms and grasp of Romantic harmony and melody. Such characteristics of 'progressive conservatism' may be heard in his Partita for Two Pianos, the earliest work on this disc. Ferguson's only song cycle, Discovery, was one of Kathleen Ferrier's favourite works and is acknowledged as one of his finest compositions.