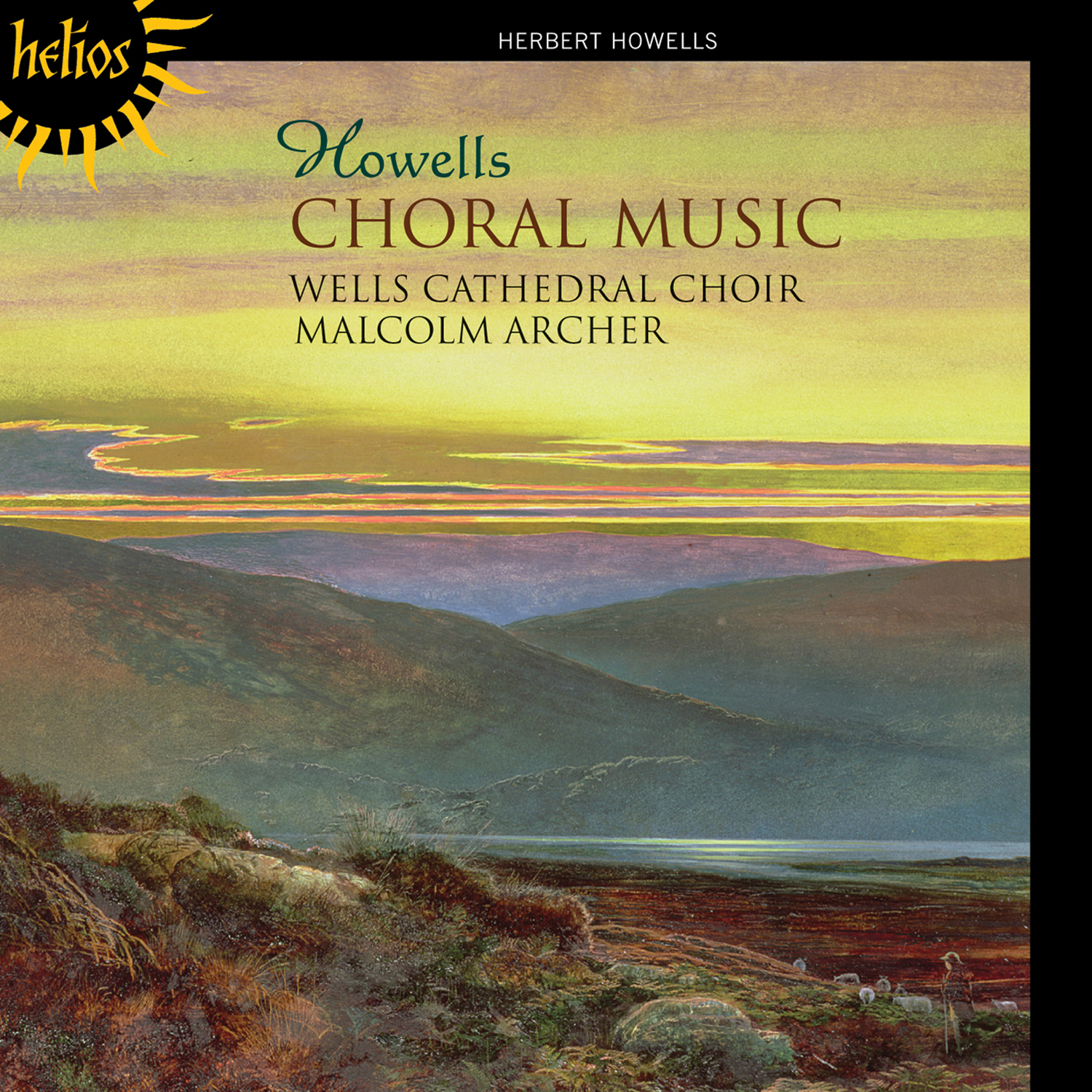 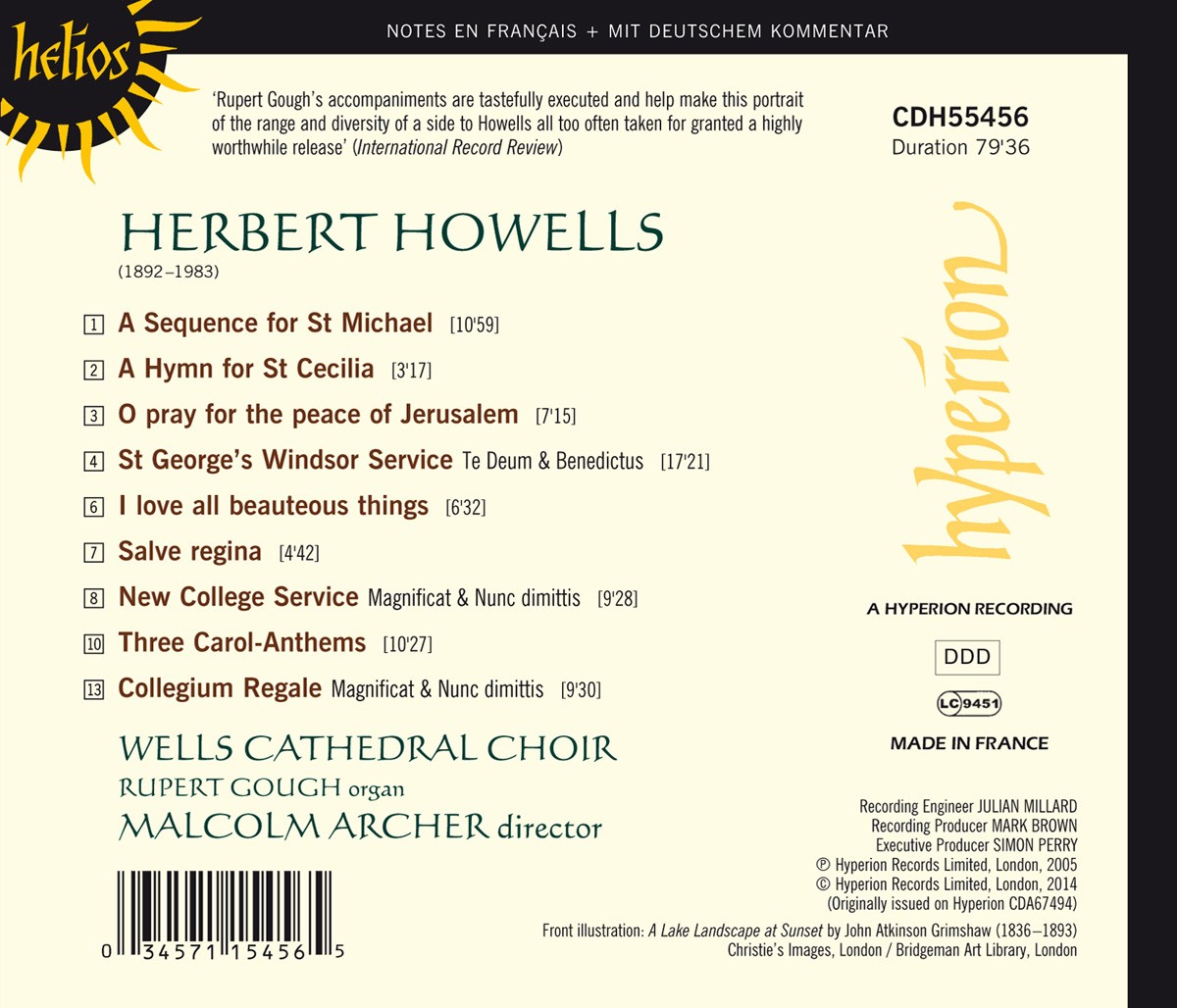 Recorded as Malcolm Archer’s farewell from Wells Cathedral prior to his prestigious appointment to St Paul’s in London, this generously filled disc presents some of Howells’s best choral works, some well known, others less so. In 1944 Howells wrote a set of Morning Canticles for King’s College, Cambridge. With the Evening Canticles recorded here coming the following year, the ‘Coll. Reg.’ settings immediately set the benchmark for twentieth-century liturgical composition and led to the composer being besieged by requests from cathedrals and collegiate chapels for other such ‘custom-built’ settings. It was the composer’s innate understanding of the individual characteristics – acoustic, architecture and choral timbre – of each foundation which made these works so successful and popular. This programme includes the Morning Canticles written for St George’s Chapel in Windsor Castle and the Evening Canticles which constitute the ‘New College Service’. Ever the master of the choral miniature, the Three Carol-Anthems are among Howells’s most perennially popular works, having been recorded and performed across the globe. Several of the other pieces included on this disc are less famous, but all display their composer’s inimitable mastery of form and choral technique.

'The phrasing of Malcolm Archer's Wells Cathedral choir is unobtrusively intelligent, Howells' long, powerfully expanding crescendos emerging as naturally evolving arcs in the ongoing argument. Tonal blend is excellent, and there is no superficial straining for effect whatsoever. This is genuinely devotional singing, technique placed at the disposal of the music's spiritual message. Rupert Gough's organ accompaniments are exemplary' (BBC Music Magazine)

'The sound is focused and radiant, the ensemble immaculate, and Rupert Gough provides charismatic organ accompaniment' (The Scotsman)