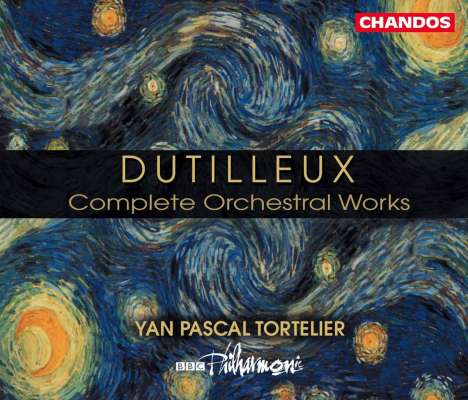 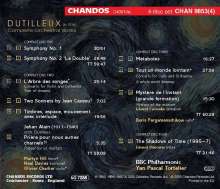 Henri Dutilleux was born in Angers in 1916. When he was only three his parents moved to Douai, where he received his education. Although he does not claim to have been especially precocious, he was already composing at the age of thirteen. His earliest published works date from the 1940s. These include small-scale instrumental works and songs, and while none of them may be described as truly representative of their composer they are all attractive and well crafted. It was in the Piano Sonata of 1948 that he found his own voice.

Dutilleux has a fastidious approach to compositions and his extreme self-criticism has resulted in a relatively small catalogue of works. This sparsity has undoubtedly contributed to the relative neglect from which his music suffers. Another factor which may help to account for this neglect is Dutilleux’s consistent avoidance of any particularly classifiable or forward-looking musical system. He has, however, followed his own instinct, refining his own musical language and producing works of rare beauty an imagination.

In the Intermezzo of his First Symphony, for example, there are the first signs of a process which was to become central to his work. Rather than unequivocally stating a theme at the beginning of a movement, Dutilleux has favoured the principle of progressive growth, his musical material appearing more subtly through gradual evolution. The constant renewal of musical ideas gives his mature works a fluid improvisatory character. Related to his avoidance of ‘prefabricated formal scaffolding’ which he has referred to, while his expressed ‘predilection for the spirit of variation’ is even more apparent in the first and last movements of this symphony. In all his works his mastery of orchestration and orchestral colour is evident.

‘Marvellously resourceful and inventive scores which are given vivid and persuasive performances by Tortelier and the BBC Philharmonic orchestra… The engineers give us a splendidly detailed and refined portrayal of these complex textures – the sound is really state-of-the-art.’ The Penguin Complete Guide