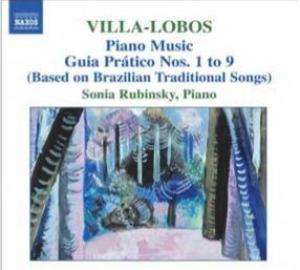 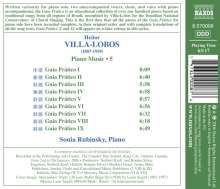 lieferbar innerhalb einer Woche
(soweit verfügbar beim Lieferanten)
EUR 9,99*
Versandkosten
Written variously for piano solo, two unaccompanied voices, choir, and voice with piano accompaniment, the Guia Prático is an educational collection of over one hundred pieces based on traditional songs from all regions of Brazil, assembled by Villa-Lobos for the Brazilian National Conservatory of Choral Singing. This is the first time that all the pieces of the Guia Prático for piano solo have been recorded complete, in their original order and with complete translations of all the song texts. Guia Prático X and XI will appear on a later release in this series.