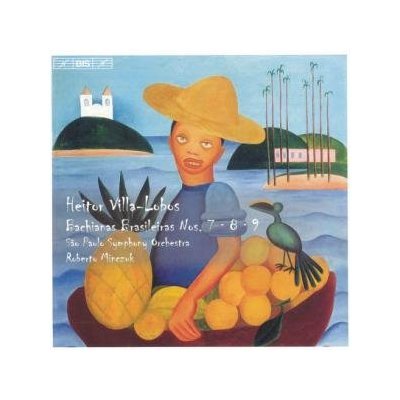 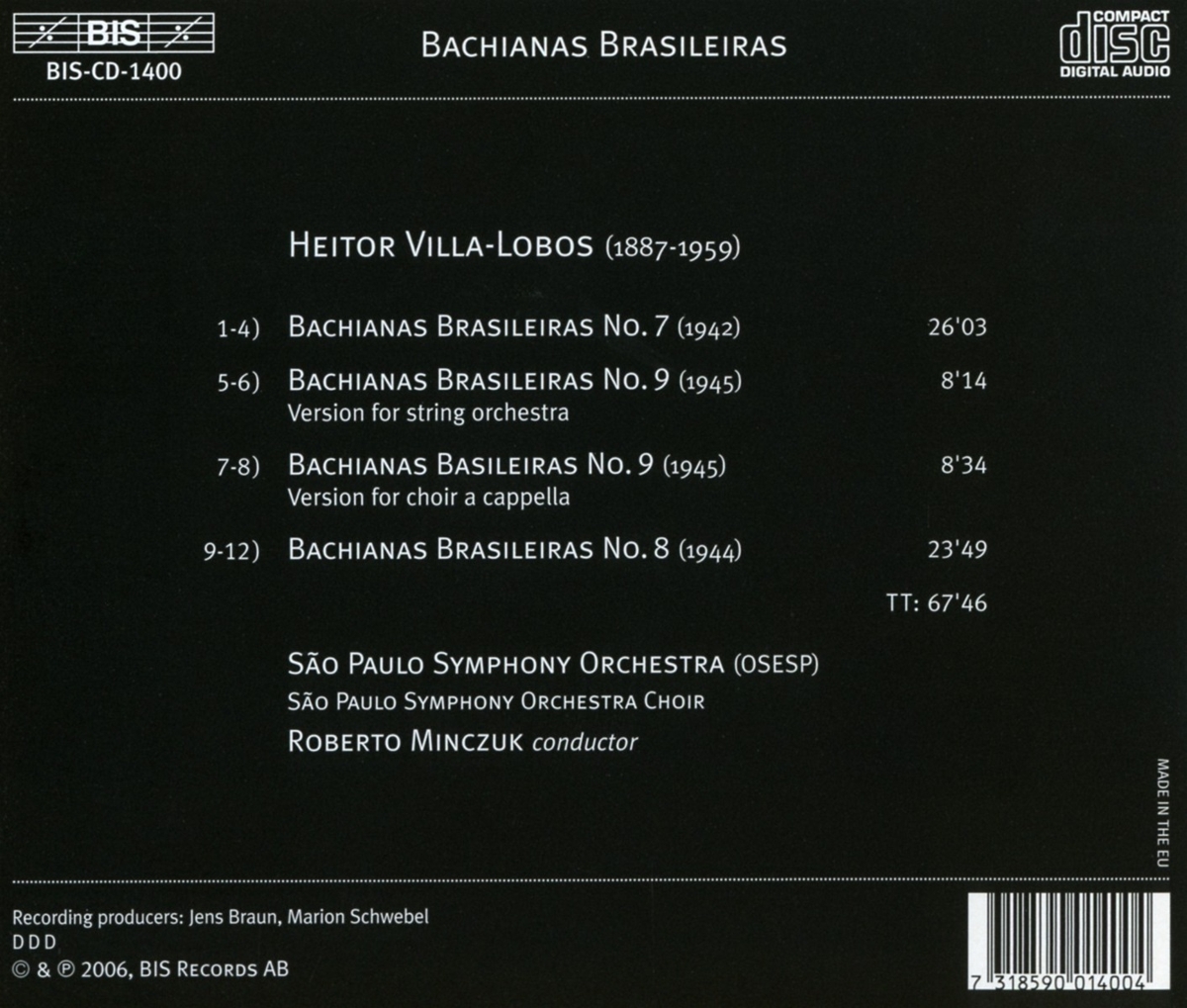 Bewertung:
lieferbar innerhalb einer Woche
(soweit verfügbar beim Lieferanten)
EUR 19,99*
Versandkosten
In the opinion of Villa-Lobos, Bach's music was a music for the people - indeed, he even called it 'folk-loric'. As a result, the combination of Bachian polyphony and Brazilian elements evident in his Bachianas Brasileiras came naturally to him, even if it may have struck – and still strikes – audiences as unexpected. On the present disc, the sequel to BIS-CD-1250, it is the last three works in the monumental series which are being performed. All three are orchestral works, although No. 9 was composed so that it also could be performed by choir a cappella (or as he called it 'an orchestra of voices') – a version which is included on this disc. The previous instalment in this series was greeted with enthusiasm by the critics: 'These performances of Bachianas Brasileiras Nos. 2 and 4 easily are the finest available. The São Paulo Symphony Orchestra certainly ought to know how to play this music, and do they ever!' was the verdict on web site Classics Today. com, while the reviewer in Fanfare praised conductor Roberto Minczuk for managing 'a perfect balance of the earthy, folk elements and the classical framework in which they are placed by Villa-Lobos'. The review on the German web site klassik. com ends with the words: 'Lastly, this recording convinces through the refined playing of the orchestra, the superb quality of the sound, and – not least – the Brazilian charm of the interpretation.'