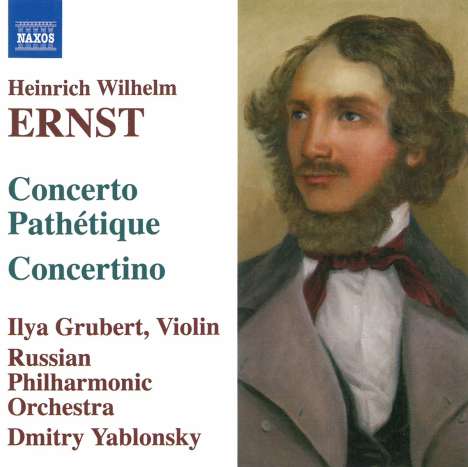 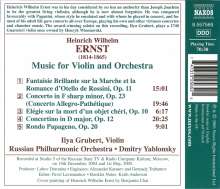 Emmanuel Tjeknavorian - Violin
CD
EUR 7,99*
Heinrich Wilhelm Ernst was in his day considered by no less an authority than Joseph Joachim to be the greatest living violinist, although he is now almost forgotten. He was compared favourably with Paganini, whose style he emulated and with whom he played in concert, and for most of his adult life gave concerts all over Europe, playing his own and other virtuoso concertos and chamber music. The award-winning soloist on this recording, Ilya Grubert, plays a 1740 Guarnieri violin once owned by Henryk Wieniawski.