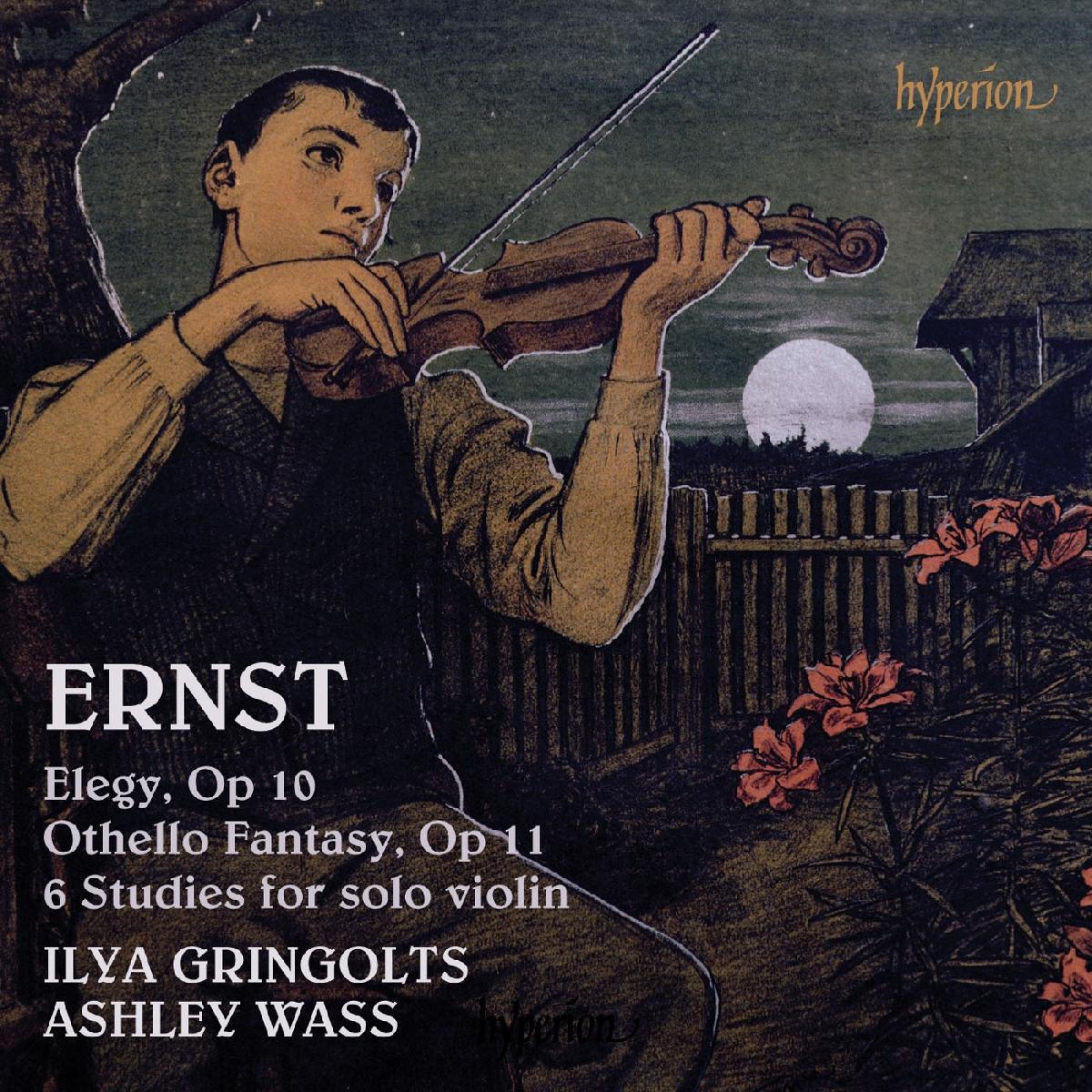 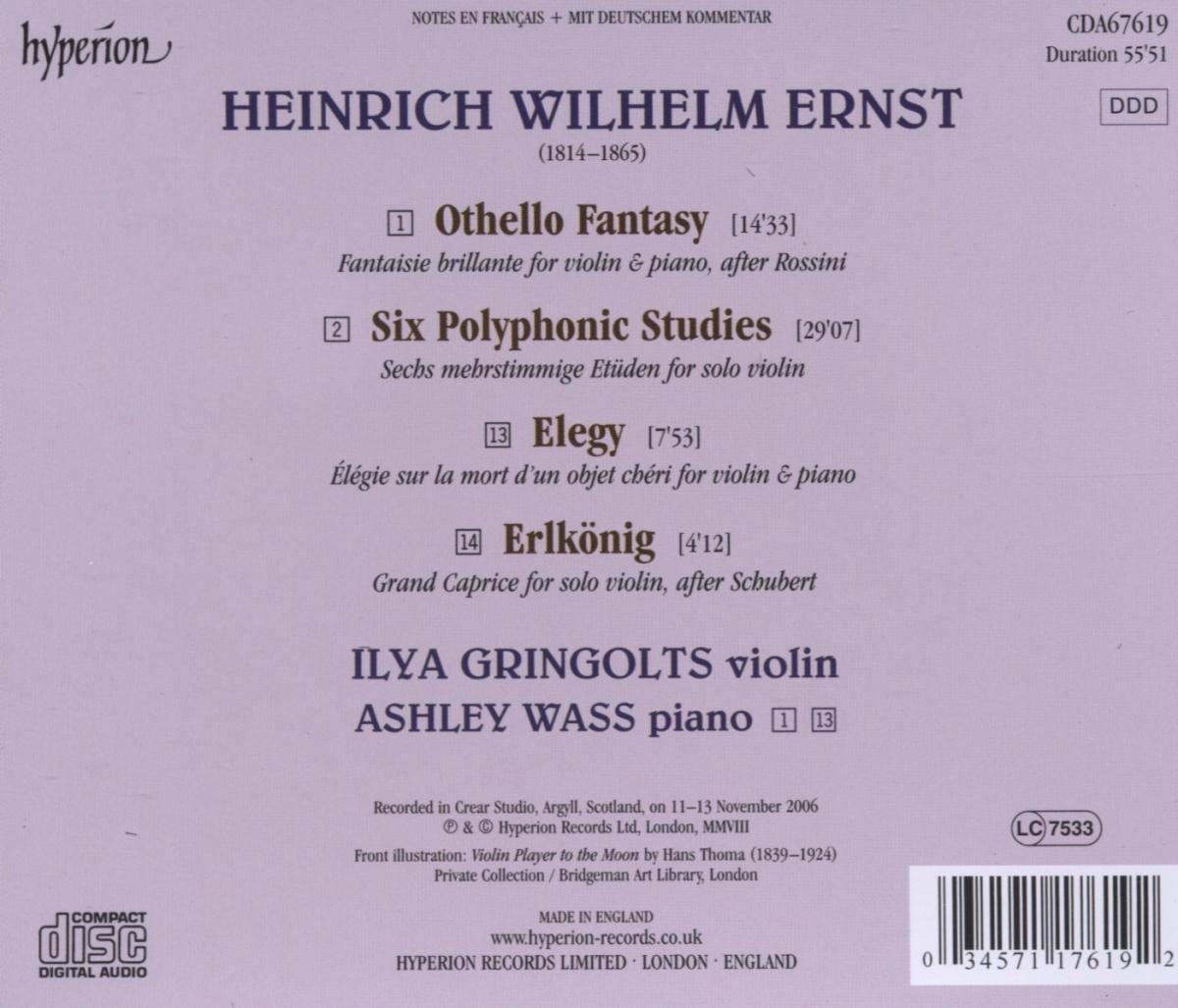 As virtuoso violinist, the Moravian Heinrich Wilhelm Ernst was a legend in his own lifetime. He died before the era of sound-recording, and his personal wizardry and magnetism can only dimly be recaptured in the written testimony of his contemporaries. Yet to a significant extent it lives on in his own works for his instrument: for he was a composer who significantly extended the boundaries and meaning of bravura technique. Unfortunately Ernst has long been the preserve of violin specialists only—unjustly, considering his quality as a musical thinker. As a composer Ernst combined the reckless virtuosity of Paganini and Liszt with a sure instinct for musical substance, putting transcendent violin technique at the service of something more than mere display. The brilliant Russian violinist Ilya Gringolts, acclaimed for his technical brilliance and inspired interpretations of a range of repertoire, is the ideal performer of these dazzlingly difficult works. He has made many distinguished recordings for Deutsche Grammophon and BIS; this is his first recording for Hyperion. He is partnered by fellow former BBC New Generation Artist Ashley Wass.

'[Ernst] His playing and his compositions astonished and delighted thousands. His transcription of Schubert's Erlkönig, played here with fiery vehemence by the young Russian violinist Ilya Gringolts, is a demonic tour de force worthy of Pagannini himself' (Sunday Times)

'Blessings on Ilya Gringolts for having the cojones, as well as the fingers, to record Ernst's Six Polyphonic Studies for Solo Violin … The performances are among the greatest displays of virtuosity I have ever heard. Gringolts even supasses his teacher Itzhak Perlman in the magic fingers department' (American Record Guide)